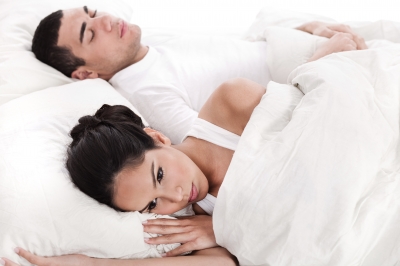 According to the news report here, the law is a paradigm shift in the way the state has looked at the man-woman relationship.

When the law for the protection of women from domestic violence comes into force, it will extend equal benefit to women in live-in relationships, as it will to married women. In other words, this means an official recognition to live-in relationships. Under the new proposal, the Government has defined violence against women in such a way that it makes no distinction between a woman who is married and one who is in a live-in relationship.

Accordingly, from now on there will be stringent provisions for violence against women, whether within a marriage or a live-in relationship; verbal abuse and wife bashing will be considered an offence which may invite penal provision of one year in jail and Rs 20,000 fine and, over and above of all this, none of these offences will be bailable. It’s a proposal that will provide a relief to all women who may have suffered from domestic violence.

I’m all for personal choice, and I think the Indian Government has very good intentions when it comes to protecting women in relationships, but there’s more than one way to look at this situation.

Women who choose a live-in relationship without marriage are not being forced to make that choice. They make it of their own free will, and have the choice to walk out anytime things go bad. If they don’t exercise their choice, they are choosing to act like victims. And there are no victims, only volunteers.

But there’s another reason I believe that women who agree or choose to opt for a live-in relationship, with hopes of tying the knot someday, are doing themselves a great disservice.

According to social science evidence, cohabitation presents numerous troubles for the couple. Research has shown that couples who cohabitate increase the risk of divorce if they ever do marry.

Furthermore, there is an increase in the occurrence of domestic and child abuse among those couples living together outside of marriage. Although not proven, it is said couples that cohabitate are not as happy as married couples. (USA today)

Many researchers believe that those who have “trial” marriages will not and do not have better marriages. Many of these couples cohabitate because they believe that their marriage will be stronger since they got to know each other first.

However, research shows that cohabitating couples have lower marital satisfaction and weaker marriages than those who did not live together first.

Personally, I would rather have a live-apart relationship, and date a man a few times a week, than give him the benefit of living with me without marriage. Living together tends to create boredom. Not only is it better for a relationship when you spend time apart, but I believe it keeps the mystery and romance alive.

I believe I deserve nothing less than total commitment and devotion from a man I’m planning to spend the rest of my life with. So, for me, living-in would be the equivalent of lowering my standards and settling for less than I deserve.

For legal recognition of live-in relationships to truly make a difference, we need to go beyond definitions of abuse, to include division of assets and child support for children conceived within such a relationship.

Only when their pocketbook is likely to be affected by a relationship will men think twice before suggesting living-in without tying the knot.

Also Read: What It Means to Live with a Man