The Role Of Birth Charts And Marriage Astrology In Indian Weddings 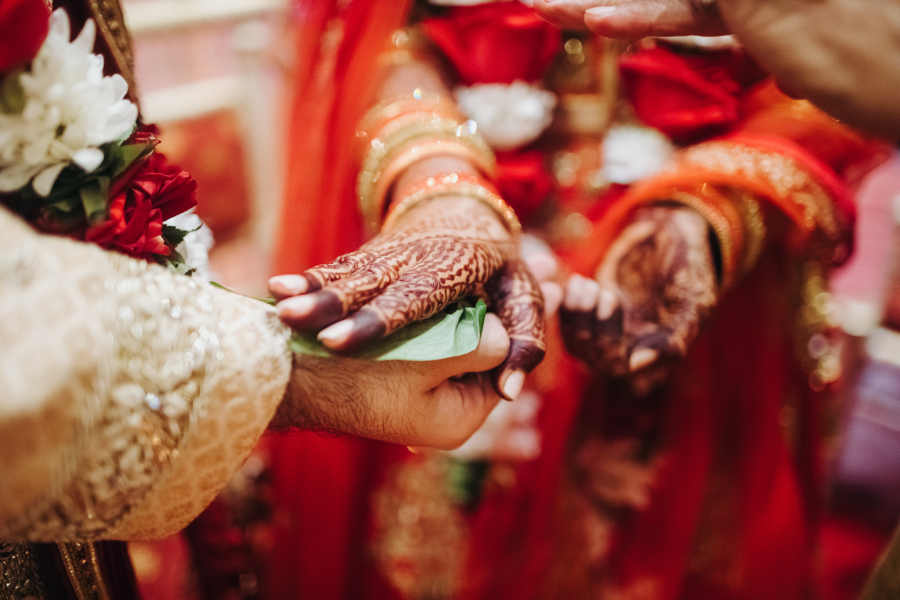 Many Indians place a great deal of importance on birth charts and marriage astrology to find the right mate. In this article, we discuss the significance of janam kundali and Hindu astrology on Indian marriages.

Ancient Vedic culture has a huge influence on our lives, and most of the Hindu customs and rituals are somehow based on it.

The dependence of Hindu marriages on ‘Janam Kundali’ (birth horoscope) matching is one such example of the influence of Vedic astrology, which is a significant part of the Vedic culture.

Although we live in the 21st century, where taking certain medical tests and ensuring mental, psychological, social and physical compatibility is on the top of our priority lists while getting married, we just cannot ignore the role of horoscopes or birth charts in Indian weddings.

In India, astrology is considered an ancient science, which determines a lot of events in our lives. The influence of planetary movements in our day-to-day life experiences forms the crux of Hindu astrology, though it is not at all that simple.

People have been placing their faith in the facts and figures of birth charts to take certain decisions in life for a very long time, and their importance has not been reduced by any degree even today.

Weddings are not an exception to that trend. With the internet at their own disposal, sometimes, the potential bride and groom also look into their astrology compatibility online, especially in an arranged marriage.

However, they need to have some basic knowledge regarding Hindu marriage astrology to understand the signs, planetary positions and their effects, dominant planets and more.

Let us give you a basic idea of how marriage astrology works so that you can understand Vedic astrology predictions better.

What is a ‘Janam Kundali’ and how is it important in Indian marriages?

The ‘Janam Kundali’ or birth horoscope (also known by other names such as a birth chart, natal chart, ‘Janampatri’) is a careful representation of the position of various astral bodies including, the nine planets, the Sun, and the Moon during the time of one’s birth.

This birth chart is created by utilising the Vedic Astrology System, and the astrologer, who crafts it, is able to gain valuable insight into the personality traits, potential and inherent qualities with its help.

He can also understand the individual’s past instances, his present condition and predict future events in his life with the help of his birth chart.

According to Vedic astrology, the degree of accuracy of the predictions depends largely on the preciseness of significant details like the time, date and place of birth of the individual.

While fixing a Hindu marriage alliance, the Indian astrologers go through the ‘Janam Kundali’ of both the potential bride and groom to understand if they are compatible with each other, which is determined by the personality traits and trends mentioned in those charts.

The astrologer also assesses the current positions of their dominant planets to fix an auspicious date for their wedding, if everything else seems well.

The wedding astrologers also study several other aspects of the bride and groom’s birth charts like, the ‘gunas’ (merits), ‘doshas’ (flaws), ‘dashas’ (periods), ‘antardashas’ (extended periods) that play major roles in predicting the happiness of the couple.

As marriages are considered a lifetime commitment, both the families take careful measures to ensure peace and prosperity in the lives of the married couple.

Now, let us understand some terms in Indian astrology:

The wedding astrologer will carefully study all these aspects and more to predict the chances of success or failure in an Indian marriage.

If you seek astrology compatibility online, you have to know these terms as well to understand the Vedic astrology predictions with respect to your potential alliance.

What are Zodiac signs and how important they are in Hindu marriages?

When you ask anyone about their Zodiac sign, you’ll most likely, get a generic response, depending on their birth date and month. This is the Sun sign or an assessment of the position of the Sun on the day that person was born.

However, we also have another sign, called the Moon sign, which can be calculated, based on the position of the Moon on the date, year, time and place of the birth.

While the Sun sign can help us assess the basic character of a person, their ego, will and personality traits, the moon sign is a deeper understanding of the self, the emotions, and characteristics of the subconscious and instinctive responses to the surrounding environment.

These two signs can either be compatible with one another or create friction if they are widely contradictory. According to Indian astrology, the Moon is considered to be the key planet in the birth chart.

While matching horoscopes and predicting compatibility in a couple, the astrologer emphasises their Moon signs to understand their inner feelings, intrinsic qualities and intuitive responses to the surroundings.

Zodiac signs and their compatibility

Zodiac compatibility is an essential component of marriage astrology, without which, you are less likely to feel confident about the match (if you are a believer, of course).

There are 12 Zodiac signs, having characteristic traits, which can be carefully studied to predict love compatibility and chances of nuptial success or failure.

Here’s a basic idea of the inherent characteristics of the Zodiac signs and their compatibility quotient.

According to the Indian love astrology, some Zodiac signs may not be the best matches for one another, but if they are brought together under certain circumstances, they may have higher chances of relationship success.

Here are a few examples of such Zodiac signs compatibility:

Leo and Libra signs form a dynamic couple, as they have both the qualities to build a basic understanding between each other, as well as ones that may lead to conflicts and discord.

The fiery and confident nature of Leo provides a sense of security to Libra. However, Libra’s indecisiveness and Leo’s dominance can create major problems in the relationship.

Leo and Cancer compatibility is not necessarily the best as they are not the most compatible signs, but they certainly have their own advantages. The Leo represents daylight (Sun and fire), while the Cancer represents the night (Moon and water).

They are starkly opposed to each other, and this may be the best quality that binds them together. If Leo can be a little cautious regarding the sensitivity of the Cancer partner, it may be a smooth journey for both of them.

The main essence of their relationship is sensuality. They may have an intense, sensual relationship, which will also enhance their emotional connection with each other.

If they can avoid the struggle for supremacy, which is a characteristic trend of their love compatibility quotient, they may live happily ever after.

The love compatibility of Cancer and Capricorn is what we commonly refer to as ‘Opposites attract!’ Their opposing qualities are the major reasons behind the attraction one feels for the other.

Capricorns are quite patient with their Cancer partners, who happen to be a little lazy. However, the Cancer people may, sometimes, find the Capricorns quite unemotional and difficult to approach.

Hindu marriage compatibility is an important study in the Vedic Astrology System. With the rate of divorces increasing day by day, every couple wants to leave no stone unturned to ensure the success of their nuptial relationship, especially in arranged marriages.

Matching horoscopes, determining ‘gunas’ and ‘doshas’, delaying weddings because of unfavourable planetary positions, and fixing the most auspicious date for the wedding are some of the common situations that marrying couples face.

Although one should not completely depend on Vedic astrology predictions while choosing a partner, there is little doubt that they play a major role in fixing the alliance indeed.

Why should you opt-out then? To help yourself find the best match, especially when you are getting married to a complete stranger.