We may have heard of What to Expect When You’re Expecting which is an international bestseller. Expectant mothers may even have picked up a copy.

However as far as the Indian household is concerned, even a critically acclaimed foreign pregnancy guide book may leave many questions unanswered.

For instance when a foreign pregnancy book advises women to eat ‘collard greens’, many Indian women may be unaware of what is meant by it as it may be an alien foreign term to them.

Authors Dr. Duru Shah (Consultant Obstetrician and Gynaecologist), Dr. Safala Shroff and Ivor Vaz realized that there was a lacuna as far as pertinent information regarding an Indian woman’s pregnancy was concerned in the widely read pregnancy books.

The authors therefore penned Fetal Attraction a unique book which answers the queries of the Indian pregnant woman right from the stage of her planning to conceive to neo-natal baby care.

What makes this book special that the book addresses these topics just not to the mother-to-be but also the father-to-be, parents and in-laws of the expectant mother. After all with the joint family set up prevailing in India, a pregnancy concerns the entire extended family.

In India once a woman’s pregnancy starts showing advice pours in from almost everyone she meets especially from the family she lives with. Much of this advice like eating ghee so that the baby slips out fast during delivery and forbidding the pregnant woman from watching the sunset may just be hearsay.

Fetal Attraction aims at demystifying many such myths and replacing them with factual scientific knowledge.

Chapter Eight of Fetal Attraction is named Daddy’s Briefcase. Taking into consideration that childbirth is not just the rightful, biological property of women but the father should also have a major role to play in his wife’s pregnancy; this chapter is especially dedicated to the Indian father-to-be.

Those who have seen the romantic comedy, Nine Months, may be well acquainted with the phobias and dilemmas husbands of expectant women often go through. In general, Indian men are in fact less educated than men from Western first world nations on how to help their wife through the pregnancy.

It’s unfortunately been typical of traditional Indian husbands to shy away from the labour room, dismissing changing diapers as a non-macho activity and demanding that the wife meticulously manages the household single-handed with a new baby to manage.

The authors make Indian fathers aware of the fact that just because a man can’t breastfeed doesn’t mean that babies don’t need their fathers. Fathers can indeed bond with the baby by holding, comforting and soothing her. He can make an effort to lighten his wife’s workload and develop more empathy for the new mother.

Chapter Nine of Fetal Attraction is named Inlaws and Outlaws. It addresses the parents and parents-in-law on how they can help during their daughter/ daughter-in-law’s pregnancy. Childbirth during their generation was very different from what it is now.

The authors update grandparents on the technological advancements of modern day hospital birth. Grandparents can help the expectant mother by going shopping together, attending doctor’s visits, taking hospital tours and fixing up the nursery. In fact mothers and mothers-in-law can give the birthing mother emotional support by being in the labour room during delivery.

The chapter on diet and nutrition provides Indian recipes for the pregnant mother. Picking up a foreign pregnancy book would give you foreign recipes maybe leaving you clueless where to find the ingredients.

Expectant mothers who have household pets must go through the section what precautions they should take so that no harm is caused to the foetus and the new born baby.

A book ends with a list of baby names. The authors have made sure to come up with a list of names from all religions thereby giving a secular touch to the book.

Do pick up this book if you are pregnant or if your wife, daughter or daughter-in-law is expecting a baby. Don’t part with this book even after your baby has grown up. Carefully shelve the book in your family bookcase. Your child may need it again when he/ she grows up and is preparing for the delivery of a new baby. 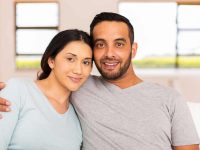 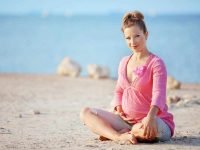 Pregnancy Tarot Card Reading For A Positive Pregnancy And Childbirth 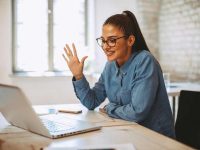 8 Compelling Reasons To Work From Home (And 11 Challenges Too) 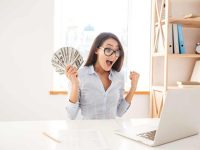 How To Start An Online Reselling Business With Reseller Apps 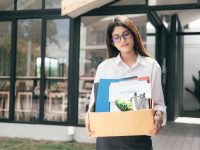 12 Things To Do When Unemployed During COVID-19 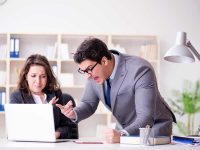 Relationship Tips: How To Deal With Bully Bosses And Husbands

Acting Jobs: How To Become An Actress In Bollywood