Career Tips For The Woman On Top 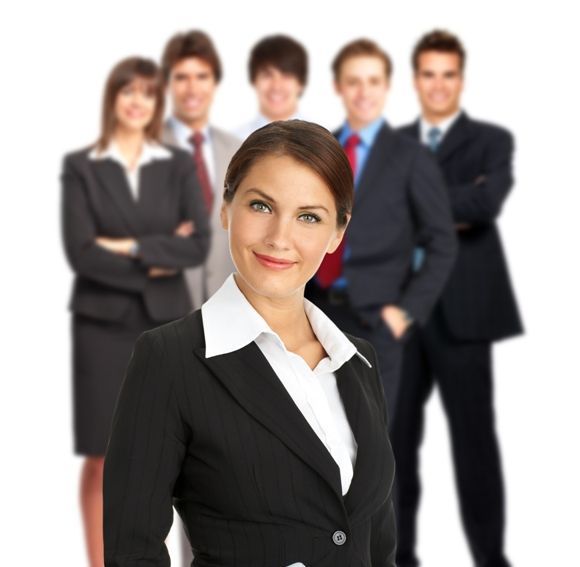 Being a woman boss is empowering, but never easy. It’s a balancing job for women caught between being feminine and getting the job done. Savia Rajagopal offers some tips to help you preserve your femininity and earn the respect of your colleagues in the workplace.

There are various studies around the world that show that women have higher E.Q (emotional quotient) than men. It is these very qualities that make women bosses more approachable and better equipped in dealing with interpersonal relationships. However, being a boss isn’t all that easy.

Sure, you have the nice car and the generous pay package and several employees scurrying around at your beck and call. But when it comes down to the brass tacks, there are some mistakes that one should just avoid…

Don’t be a man

“A common mistake women make is to behave like a man rather than powering forward as a WOMAN,” says Christina L. Daly, President, Concierge for Business. Intuition, warmth, caring, and empathy are some of a woman’s greatest strengths. Yet, you will find many women bosses trying to be…well… like a man!

Some women find it necessary to hide their natural selves in a bid to fit in with a male-dominated organisation. Assertiveness and aggression are a must to a great extent as a leader but innate “feminine’ qualities such as concern and focus on relationships are the very qualities that can be useful in handling coworkers and employees.

It’s not only business

Often surrounded by male colleagues at the same designation or in higher positions, it becomes important to connect with your colleagues in areas beyond work.

Jeanie Marshall, Personal Development Coach, says, “There’s a need for women to have the equivalent of male “sports talk” to have professional relationships that let them be seen as worthy colleagues.”

Women bosses often have an ‘only-business’ approach but you have to realise that if you’re part of a boys club, then you have to indulge in some banter, just as the boys do.

Talking about sports or the newest gadget isn’t a gender-based discrimination but it certainly goes a far way in “connecting” with male colleagues and superiors. It also helps build camaraderie amongst colleagues and the higher-ups at the organisation.

It’s not as though men don’t gossip but at senior levels within the firm, it becomes important to watch your tongue! It’s not taken well when juicy morsels of information are traced back to you.

Women by nature are communicators and it is one of our biggest assets – be it playing peacemaker between warring subordinates or discussing personal problems and empathising with your co-worker.

However, it is “what” you communicate that decides your fate. Keep your silence and speak when you truly need to. And mind you, this doesn’t imply being secretive or sly. It merely means avoiding malicious gossip that can be detrimental to your own growth.

They exist. Accept it. Fighting it and trying to prove a point will serve no purpose other than to antagonise your employers. It also might just add to your reputation as a “whiner.” “Once established, you can do a lot to make changes.

But getting to the place when you are established, requires working WITH the organisation’s norms,” elucidates Marshall. Additionally, women subordinates often complain that women bosses are tougher on them as compared to male subordinates. Whether that is true or a case of sour grapes is debatable but try not to let your past experiences determine how you treat your own team members – irrespective of gender.

Put away your tendency for nurturance during times that demand strict action. Women bosses are often accused of being too “soft” and not being as tough on subordinates as they should be.

Empathy and caring are wonderful attributes that can help in team-building exercises and also maintain a healthy rapport, but it doesn’t take long before employees might try to take advantage of the situation.

Marshall adds, “New women bosses who have been promoted from the same group often try to be “friends” with former colleagues instead of being a boss. There’s a fine line, but this is often a misstep for the new boss.” Conversely, watch out for a tendency to over compensate and be a tough taskmaster who is too demanding and authoritative.

Know when you should keep professional and personal relationships apart. Socialising and meeting outside work is acceptable, and also common among women co-workers, but know where you have to draw the line.

Shifts in role, outside work and in professional situations, are not easy to adjust to and subordinates may find it a challenge to differentiate their equation with you.

If you have been spending time with a subordinate outside of work and relate to her as a friend, it’s not tough to imagine her expecting the same behaviour at the office. Changing equations to suit different environments comes easy to most women but it’s a tricky balance to handle.

Learn to say No

Women are multi-taskers but there comes a point when you have to say no. There are several circumstances where women take on more than they can handle and refuse to delegate – either due to insecurity or fear of looking incompetent.

It is important to mention here that being a woman boss sometimes involves working doubly hard without the recognition that a male colleague might receive.

In these situations it is imperative that you watch out for the tendency to take on too much and find yourself drowning under a pile of unnecessary tasks. Learn to delegate and learn to share responsibility.