Toxic Relationships: How To Spot A Dangerous Man Before You Get Involved 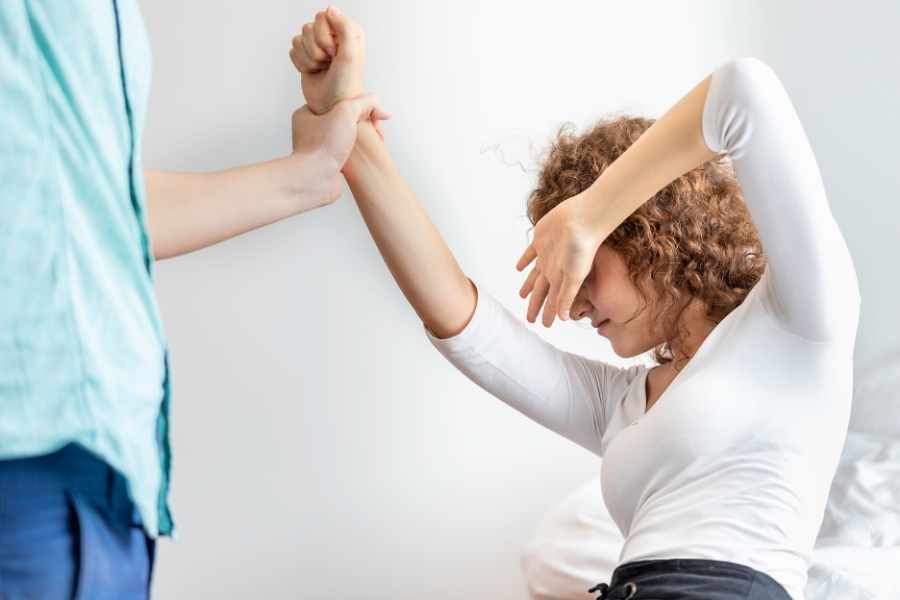 Universal signs of a toxic relationship choice can be learned and should be by all women, advocates counsellor, Sandra L. Brown, M.A, author of How to Spot a Dangerous Man Before You Get Involved.

Women erroneously think that a dangerous man in a relationship is only a violent man. While the violent man is indeed one of the categories of dangerous men, there are seven others that are often overlooked.

These omitted categories are exactly how women get into dangerous or toxic relationships. These lapses in information leave women without the knowledge to respond to the face of dangerousness when he is in their life through a relationship.

Since much of the information about what makes a man dangerous has not been taught to women, they do not recognize nor respond to covert dangerousness.

Most women have learned to ignore toxic relationship red flags during a relationship — their biological response system that tells them that something is not quite right.

Our research indicated that 100% of women understand red flags, have red flags, and many of them go on to ignore the very red flags that can alert them to unsafe relationships.

.
Women cited various reasons for ignoring red flags, which included societal training that women should be polite, gender differences that taught them that women are to be hyper-tolerant to less-than-appealing male behaviour.

In addition, female role modelling in their childhoods were women in their families who tolerated dangerous male behaviour in relationships, renamed the behaviour to something less threatening, and then stayed.

Overtly lacking in today’s women’s programs are the outright names of dangerous diagnosis, the labelling of specific dangerous behaviours, and the teaching of why dangerousness is not something that can be treated, less cured.

No wonder record amounts of women are or have been in as many as four to five dangerous man relationships before they changed their patterns. Often the only reason change came at all was because of extreme violence and subsequent near-death injuries. Others were killed in the relationship.

Sadly, once a woman has dated one dangerous man her chances of being in a toxic relationship with more dangerous men dramatically increase.

This is because one of the notable side effects of being in a relationship with pathologically dangerous men is that women begin to normalize abnormal behaviour until dangerous men look normal and are the only types of men they date.

Even more shocking, women will adapt their own behaviours in the relationship to the pathologically ill man so that their behaviours are less disturbing to her.

This results in the woman mimicking sick behaviour and also learning to tolerate this type of behaviour by increasing her negative coping skills which allow her to deny, justify, minimize or in any other way ignore or discount dangerous behaviour.

Universal signs of a bad relationship choice can be learned and should be by all women. But until recently, the categories and types of dangerous men were known only to the therapists who treated them. The 7th Great Wonder of the World (psychopathology) was undisclosed, unexplained, and never taught to the lay public.

Women’s patterns of perilous relationship selections continued on without the benefit of knowledgeable intervention that included how to spot dangerousness.

Girls, teens, and women are all told not to date ‘bad men’ but no one taught them what bad men were or what made them bad.

A woman’s capacity to choose differently is only as effective as the information she has to choose wisely.

Women begin to make different relationship selections when they understand the incurableness of some men, what makes them untreatable and unsafe, and how the man can impact her long-term quality of life by his own destructive dangerousness.

Sandra L. Brown, M.A., is the author of How to Spot a Dangerous Man Before You Get
Involved. It describes 8 Types of Dangerous Men, Gives Defense Strategies and a Red Alert Checklist for Each, and Includes Stories of Successes and Failures.