Dating Dish: Why ‘Friends With Benefits’ Only Benefits HIM 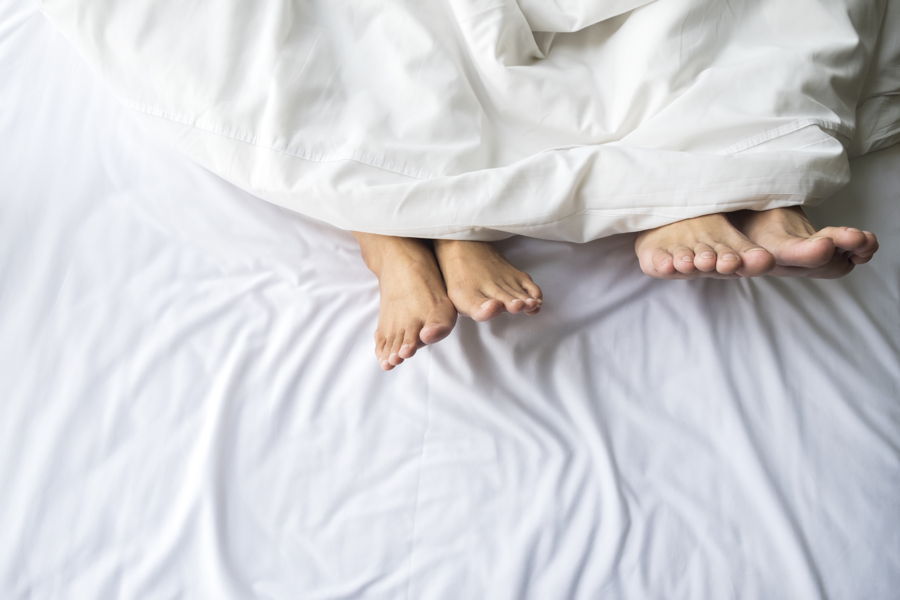 Dating coach, Paige Parker tells us why such an arrangement is far more DETRIMENTAL to you than it ever is beneficial.

The other night, I was out to dinner with my friend Sara when I noticed her fabulous new 3 1/2″ heels.

“Look at your shoes. They’re GORGEOUS!” I squealed.

“They’d BETTER be,” whined Sara. “They are absolutely KILLING my feet.

I swear, high heels must have been invented by a MAN, because no woman in her right mind would ever voluntarily inflict this kind of pain on herself,” she mused.

Why am I telling you this story?

We’re talking about “Friends With Benefits.”

In case you haven’t heard the term before or aren’t exactly sure what it means, “Friends With Benefits” is the so-called “agreement” between a man and a woman that they will exhibit all of the BEHAVIORS of a full-fledged couple – talking on the phone, spending time together, and sleeping together – without actually having any of the rights or privileges of a full-fledged couple (namely: monogamy or commitment).

In other words, you act like FRIENDS and have the BENEFIT of physical intimacy.

In today’s DISH I’m going to make the case that “Friends With Benefits” is far more DETRIMENTAL to you than it ever is beneficial.

But before I go any further let me state the following up front:

* I don’t mean to stereotype or overgeneralize

* There are EXCEPTIONS to every rule

HOWEVER… in my experience, it seems that the idea of “Friends With Benefits” must have been invented by a man (or at the very least, 8 out of 10 F.W.B. relationships were proposed by the man first).

That’s because an arrangement of this nature is designed specifically for instant gratification without emotional attachment… something we as women are not really wired to handle (biologically speaking).

So if you’ve ever found yourself in a “Friends With Benefits” situation and are feeling confused….

Or you’re in an undefined relationship that just might be a F.W.B without you even realizing it…

Or are considering getting involved in one and think, “it’s just fun…what could it hurt?”

…Then I urge you to read today’s DISH.

Taking a few minutes out of your day to think about this could save you COUNTLESS HOURS of mental and emotional anguish in the future.

Let’s dig into the DISH!

DRAMA OF THE WEEK: “I Want to Be More Than ‘Friends With Benefits'”

Here’s a recent email from a reader:

Here’s a dating dilemma: I’ve been seeing this guy for 7 months on a “Friends With Benefits” basis. We talk 2 or more times a week, see each other weekly. Have a great time together, very comfortable.

Recently, I put myself out there and said ‘if you want to be MORE than friends let me know.’

He still wants to be friends.

Does he want to have his cake and eat it too? Does he even KNOW what he wants? Does he have me right where he wants me?

I still go out on dates but always wish I was with him instead. He’s in my head. Should I just be happy that we are friends?

Someone is going to get hurt, and I bet it’s me.

Thank you for your advice,

PAIGE’S DATING DISH TIP: “If He’s The Only One Benefiting, He’s No Kind of Friend At All”

I can tell that you’re a very smart woman. In fact, even if you don’t realize it, you’ve already answered your own question.

I think you KNOW that you need to end this unhealthy entanglement with this so-called “friend” and you’ve written me for some encouragement to make that tough decision.

Well I’m happy to help, and please know that in the process of sharing your story, YOU will be helping countless other women who’ve found themselves in a situation similar to yours.

First, let’s talk about the MEANING of “Friends With Benefits.”

In theory, the idea sounds deceptively appealing. Especially when you break down the definition of the key words:

Merriam-Webster’s Online Dictionary defines FRIEND as: “One attached to another by affection or esteem (From Old English, meaning “to love”)”

2. something that promotes well-being”

So let me ask you, Staci – would someone who rejected your heartfelt request to have a committed relationship (because he wants to continue to enjoy sexual gratification FROM you without having any obligation TO you) fit the definition of “friend?” How exactly is he showing you the affection, esteem or love that a friend is supposed to provide?

And what about these so-called “benefits”…

Does the idea of him sleeping with you one night and then ditching you the next to try to pick up some other woman at a bar seem like an “act of kindness?”

And what about your feelings? You said in your email to me that you want more… that you think about him all the time and you worry that you are about to get hurt. Are these supposed “benefits” REALLY “promoting your well-being?”

So how did you get here in the first place?

There are usually two different ways that a woman tends to get involved in a “Friends With Benefits” situation:

SCENARIO 1: You feel emotionally vulnerable (perhaps from a recent breakup) and decide that you’re not ready for a relationship. You convince yourself that sleeping with someone without any strings attached will be simple and fun. Until things start to get COMPLICATED.

SCENARIO 2: A guy that you’re really interested in proposes the idea of a “Friends With Benefits” arrangement and you decide that you’ll take what you can get for the moment, all the while hoping that he’ll eventually come around or that you can convince him to turn the F.W.B. into a REAL committed relationship.

Now I don’t know which scenario you fit into, Staci, but both of them are dangerous.

SCENARIO 1: You became F.W.B.s because you thought it was what you wanted at first, and figured if everyone was up front with each other then no one would get hurt. Unless you are the very rare exception to the rule, you were just FOOLING YOURSELF.

That’s because women aren’t wired for this type of arrangement.

As I say in my ebook “Dating Without Drama”:

“As much as we women want to believe that we’re ‘modern’ and have evolved to ‘have sex like a man,’ (just for enjoyment’s sake with no attachment), the truth is that most of us cannot separate emotions and expectations from sex like men can.

Blame it on biology, but it is instinctual for a woman to desire a bond with her partner. It’s nature’s way for us to develop feelings of love and protectiveness toward the man we’re with, since our bodies are telling us that he might have the potential to father our children.”

I go on in my book to cite a fascinating psychological study that proves this. It’s a bit too lengthy to include here, so if you want to check it out, turn to Chapter 9 in my book.

“Even if we’re not ready and the idea of having children isn’t remotely on our radar in a conscious way, we are driven by our biology more than we know or would care to admit.

It’s virtually impossible for most women to sleep with a guy and then say, ‘Well, that was fun. Now whatever happens, happens…'”

Voluntarily getting involved in a F.W.B. situation is setting yourself up for failure.

SCENARIO 2: You agree to participate in a “Friends With Benefits” situation in the hopes that it will eventually grow into a committed, loving relationship.

This NEVER, EVER works.

You didn’t think enough of yourself to believe that you deserve a completely fulfilling, boyfriend/girlfriend relationship and hoped that by settling for less…

basically, settling for the emotional equivalent of table scraps that he threw to you…

…you would, in time, be able to convince him to want to make your relationship more than a booty call.

When you get involved with a guy without putting your self- respect first or setting any boundaries for your own emotional safety, it can be VERY hard to get your footing back once you start to feel used and hurt.

This is not the kind of situation that will magically transform into a happily-ever-after.

When a man says “Let’s be Friends With Benefits,” what he’s REALLY saying is: “I’m selfish. I like having sex with you, but I don’t care enough about you as a person or respect you enough to be your boyfriend.”

It’s nothing more than a creative way of telling you that he wants to keep his options open in case someone better comes along.

You need to realize that you are WAY TOO AMAZING to be some guy’s second choice!

As I say in “Dating Without Drama”:

“NEVER have sex with a man for the wrong reasons. Don’t sleep with him to try to keep him from losing interest or leaving (it never works) and don’t use sex as a strategy to get what you want from a man. In either scenario, you are showing complete disrespect for yourself by treating your body like it is some sort of commodity to be traded in exchange for love and security. You deserve far better than that… but you must demand it for yourself before you expect anyone else will offer it to you.”

I recommend breaking it off with him immediately (if not sooner!) and freeing yourself up to meet someone who will recognize how truly special you are.

I know this might seem difficult, Staci, but a smart decision to take care of yourself NOW will save you lots of heartbreak in the long run!

Remember, the right guy for you will want to share EVERY part of his life with you, not just his bed.

Hang in there and please let me know how everything works out!”

Or if you want to know how to meet a good guy and have a happy, healthy, fulfilling relationship…

I recommend you download my ebook “Dating Without Drama” – and the three bonuses that come with it – today! It contains the secret formula for dating success and is the basis of everything I teach in my “Dating Dish” e-course.

You can get it INSTANTLY by going here:

Thanks for DISHING! Have a drama-free day!