While independence is a wonderful quality, communicating too much autonomy can be a major turn off to men. Powerful women who want a strong, masculine man, need to energetically make room for him. Ronnie Ann Ryan shows you how independent women can balance their energy for more appetizing results on a dinner date.


This may seem surprising to some of you, but as a strong, independent woman, you have likely adopted a lot of dominant masculine traits unknowingly. I encounter this all the time as a Dating Coach and have found these behaviors can create an unnecessary stumbling block. One way this shows up for me personally, is the seat I choose when my husband and I go out for dinner.

Last weekend we were meeting another couple for dinner and were brought to our table to wait for them. The table was next to a wall and surrounded by other tables on the remaining three sides.

From a Feng Shui perspective, the command seat at a table puts your back to the wall, so you can look out to see everyone else. It's a seat of strength – because that's the purpose of Feng Shui– to harmonize energy to maintain a position of strength.

If you simply watch which seat a man chooses, instinct takes over and he usually opts for the command position. Unfortunately, as a business women and assertive personality, that's the seat I want as well. But when my husband is there – it's not the best choice– because I'm usurping his energetic place at the table.

Of course my husband doesn’t know about this Feng Shui principal and in fact calls the practice "fung fooey." Even though we've been married for nearly six years, I still work on minimizing my natural tendency to take over. Last night, I had the presence of mind to ask where he preferred to sit. Big surprise – he selected the chair with his back to the wall.

If you are a highly independent woman in dating mode, this is a topic worthy of your attention. It may also be a good tip off regarding your body language and the messages you could be silently telegraphing.

While independence is a wonderful quality, communicating too much autonomy can be a major turn off to men. Even today, men want to feel needed and staunchly stated independence indicates that you can do without him. Of course you don't NEED him, but a good man is nice to have around or why bother to date?

Many powerful women say they want a strong, masculine man. To attract such a man, start giving way on some of the more mannish behaviors to energetically make room for him.

Compare this concept to ballroom dancing where you can only have one leader and one follower. If both partners try to lead, you simply step on each others' toes and two followers won't work either for obvious reasons. One of each position is required for graceful dancing.

It's not always easy to modify the chick-in-charge act, but if you desire partnership with a balance of power between two strong individuals, these subtle energetic suggestions can make a huge difference. Keep in mind you aren't being asked to give up your power, just modify when and how you use it.

When you enter a restaurant with a date, he'll likely let you walk in first. But don't use your primary position as an opportunity to take over. Let him talk to the hostess or maitre d' to say how many are in your party and put his name on the waiting list.

2) Let Him Take the Command Seat

When the host seats you, avoid the chair in the command position leaving, it open for your man. Not all tables haven an obvious seat of authority, like one in the middle of the floor. In most cases, the command position has one or more of these three characteristics: it looks out over the room, has a view of the door, or it's back to the wall.

3) Let Him Order the Wine

Even if you're a real wine connoisseur, let your man take the lead in selecting a bottle. Feel free to contribute your ideas or tell him what you'd like but, let him order it from the waitperson.

4) Let Him Take Charge of the Bill

When the bill comes, let your date look at it first, unless you have a prior arrangement to treat him. Even if you plan to split the bill – (hopefully not on the first date) you can still let him be "in charge" of the process.

These simple steps allow a man to lead whether you've just started dating or if you've been together several years. To avoid emasculating your guy at any stage, rely on these suggestions. Supporting his masculinity builds his ego, which almost always works to your advantage. In most cases, a secure and happy man wants his woman to be happy as well.

Finding A Job Out Of College: 5 Steps To Achieve Your Career Aspirations

Mastermind Leader, Rupa Patil, On Being A Business Coach For Female Entrepreneurs

Looking For A Job? Take These 7 Baby Steps To Find A Job Without Overwhelm 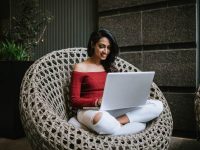 How To Earn Money Online In India Without Investment 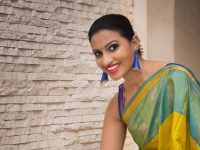 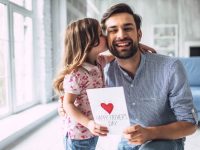