3 Crucial Domestic Violence Laws In India: Know Them And Protect Yourself 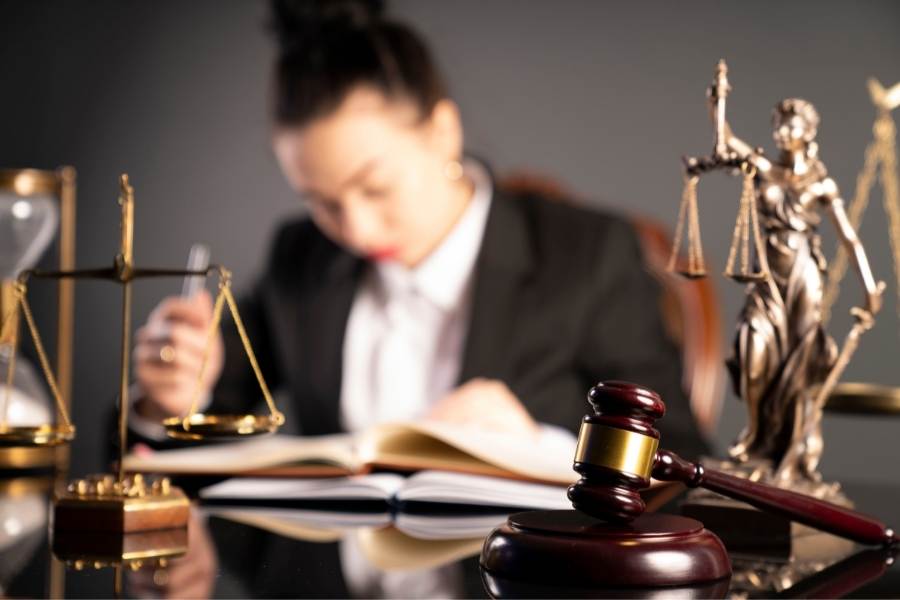 Widespread and rampant violence against women is one of the most pressing problems India struggles with as a society. It is estimated that around 37 per cent of Indian women have experienced either physical or sexual violence in their lifetime.

In 2013 alone, there were nearly a hundred and twenty thousand reports of domestic violence against women, according to India’s National Crime Records Bureau.

Furthermore, a 2015 study conducted by the Planning Commission of India surmised that a whopping 84 per cent of women have been abused in their homes at least once.

However, a majority of these domestic violence survivors are far too afraid of social stigma to reveal that they are victims of abuse. This is due to women’s poor social standing in Indian society, where beating a woman for even the smallest things is seen as a justified act.

In turn, this leads to a lack of support, even from close friends, when domestic violence victims seek help in escaping their situation.

Also read: What are the Constitutional & Legal Rights of Women In India? [Updated Sept’19]

If you’re an Indian woman, connect on the SHEROES Helpline, where you can talk about anything personal or professional in your life. Your conversation is 100% confidential and secure.

If these domestic violence laws are properly enforced, women in India may be able to hope for safer, more peaceful homes within the near future.

A special section, numbered 498-A, that officially made domestic violence a criminal offence was added to the Indian Penal Code in 1983. This section of the law specifically covers cruelty towards married women by their husbands or their husbands’ families.

A helpful clause in this section allows women’s relatives to make a complaint about them. This is extremely beneficial in cases where the woman is too afraid to speak up for herself, for reasons such as she could get caught by her husband or simply cannot leave the house.

One kind of cruelty that can be punished is behaviour that causes a woman’s death or serious injury or pushes her to commit suicide. Another kind is the type of harassment relating to intimidating the woman or her relatives to give up her property.

Under the policy, acts of cruelty include, but are not limited to, the following:

Convicted offenders will be charged with up to three years of prison, as well as a hefty fine.

2. The 2005 Protection of Women from Domestic Violence Act

Created in 2005 and enacted over a year later, the Protection of Women from Domestic Violence Act is exactly what the title proclaims.

This is the first law in India to specifically acknowledge every woman’s right to be in a home without violence. In fact, it was seen as a major step forward in securing women’s rights and more effective protection.

It is a long and comprehensive law that details several important policies and procedures meant to help women.

First, it gives a specific definition of domestic violence: actual or threats of physical, mental, emotional, sexual, or verbal abuse, as well as harassment regarding dowry or property.

Women are given the right to seek protection against such acts, and their relatives can file a complaint about them against husbands who break the law.

Second, a woman’s right to reside in their “matrimonial household” is clearly recognized. She cannot be evicted from it as she rightfully shares it with her husband.

If she is evicted, she has the right to seek monetary compensation and safe shelter, as well as free legal and medical aid.

Lastly, both NGOs and divisions of the Indian Government – such as the National Commission for Women – took the initiative to organize awareness seminars that could be easily attended by women who are affected by this act, e.g., women in high-risk areas.

Violators of this law will either be mandated to compensate the woman financially or will be served a restraining order to keep them away from the complainant.

Under the Protection of Women from Domestic Violence Act, 2005, domestic violence is defined as follows.

Any act, omission or commission, or conduct of the husband/in-laws shall constitute domestic violence in case it –

(a) harms or injures or endangers the health, safety, life, limb or well-being, whether mental or physical, of the woman or tends to do so and includes causing physical abuse, sexual abuse, verbal and emotional abuse and economic abuse; or

(b) harasses, harms, injures or endangers the woman with a view to force her or her family to meet any demand for dowry or other property; or

(c) has the effect of threatening the woman or any person related to her by any conduct mentioned above;

(d) otherwise injures or causes harm, whether physical or mental, to the woman.

What amounts to physical abuse?

“Physical abuse” means any act or conduct which causes bodily pain, harm, or danger to life, limb, or health or impair the health or development of the woman and includes assault, criminal intimidation and criminal force.

What amounts to sexual abuse?

“Sexual abuse” means any act of sexual nature that abuses, humiliates, degrades or otherwise violates the dignity of a woman.

What amounts to verbal and emotional abuse?

(a) insults, ridicule, humiliation, name-calling and insults or ridicule especially with regard to not having a child or a male child; and

(b) repeated threats to cause physical pain to any person in whom the woman is interested.

What amounts to economic abuse?

(a) deprivation of all or any economic or financial resources to which the woman is entitled under any law or custom whether payable under an order of a court or otherwise or which the woman requires out of necessity including, but not limited to, household necessities for the woman and her children, if any, stridhan, property, jointly or separately owned by the woman, payment of rental related to the shared household and maintenance;

(b) disposal of household effects, any alienation of assets whether movable or immovable, valuables, shares, securities, bonds and the like or other property in which the woman has an interest or is entitled to use by virtue of the domestic relationship or which may be reasonably required by the woman or her children or her stridhan or any other property jointly or separately held by the woman; and

(c) prohibition or restriction to continued access to resources or facilities which the woman is entitled to use or enjoy by virtue of the domestic relationship including access to the shared household.

As Advocate Aparna explained in the Legal Rights For Women Community on SHEROES:

Stridhan is any form of moveable or immoveable property given to a woman voluntarily at the time of marriage. This can also include property given to her by her parents and this is exclusively hers. An important point is that Stridhan can be recovered and claimed back by the wife after the marriage breaks down.

.
You can receive protection and assistance under the Act, if the person(s) with whom you are/were residing in the same house, commits any of the following acts of violence against you or a child in your care and custody –

Rights of aggrieved persons under the Protection of Women from Domestic Violence Act, 2005.

If you are beaten up, threatened or harassed in your home by a person with whom you reside in the same house, then you are facing domestic violence.

The Protection of Women from Domestic Violence Act, 2005, gives you the right to claim protection and assistance against domestic violence.

As Advocate Aparna shared in the Legal Rights for Women Community, under the Protection of Women from Domestic Violence Act 2005, an aggrieved woman can seek the following relief from the Court which includes:

To prevent the respondent (abuser)

As a response to the requests made by the Justice Verma Committee, a small commission named after and headed by one of India’s most highly regarded jurists, a lengthy list of amendments to the Indian Penal Code, Code of Criminal Procedure, and the Indian Evidence Act were introduced in this 2013 act.

The aim of the amendment was to provide harsher and swifter punishment for those criminals who committed abuse against women.

Details regarding sexual assault and rape were clarified and added onto. For instance, “rape” was given a better and more exhaustive legal definition, to include non-consensual penetration using non-sexual objects, as well as non-penetrative sexual acts.

Penalties for offences such as rape, assault, and sexual harassment were increased. In particular, heavier sentences were declared for rapists, even including the death sentence for particularly disturbing cases, such as gang rape where the victim was left in a vegetative state after the crime.

New offences that are punishable by law were introduced by the amendment as well. These include, but are not limited to:

However, despite the commission’s recommendations, the amendment failed to address the issue of marital rape. This exception basically assumes that marriage automatically means the woman will always consent to her husband’s sexual desires.

This ridiculous notion implies that rape cannot happen within a marriage, when in fact it does, and even happens quite frequently to Indian women.

This is an initiative of the Indian government to better help female domestic abuse survivors. In every district’s police station, a Crime Against Women (CAW) cell was put in place.

Women suffering from domestic violence may approach these specialized help desks for direct assistance from the police, whether to file an official complaint or follow up on one. Each one is headed by an assistant commissioner.

This program began in 2010, as the Indian government’s answer to steadily growing numbers of abuse that targeted women.

If you have any legal issues or queries about your legal rights, post your comments on the SHEROES app for women and get free legal advice on protection against domestic violence in India from a domestic violence lawyer.

Join the SHEROES app for women and attend regular live chat sessions with legal experts like Adv Megha Batra who took queries on “Divorce – all your legal rights and legal process.”

A law graduate from Delhi University, she also completed a Company secretary course and is currently a partner in Gezetz Solutions, which deals in all types of Criminal, Civil and Matrimonial cases and is associated with Delhi Legal State Services for helping needy people.

While the Indian government has made significant efforts in reducing the largely unchecked epidemic of violence against women, there is still a long way to go.

Merely passing laws against domestic violence in India to protect women from abuse is obviously not enough to achieve success. Even after the 2013 amendment, horrific crimes such as gang rapes continue to happen and happen publicly.

The numbers have even continued to rise, though this may be because of increased awareness among women, resulting in greater reporting of domestic violence overall.

A necessary step in moving forward lies in changing the overall mindset of society towards women. There needs to be more education on how to treat women as equals, instead of as lesser beings that deserve to be punished for the tiniest mistakes.

If the Indian government can combine proper enforcement of their existing domestic violence laws with thoughtful gender education programs, we could be looking at a safer and brighter future for Indian women in the next few decades.