What You Need To Know About Eating Disorders In Women 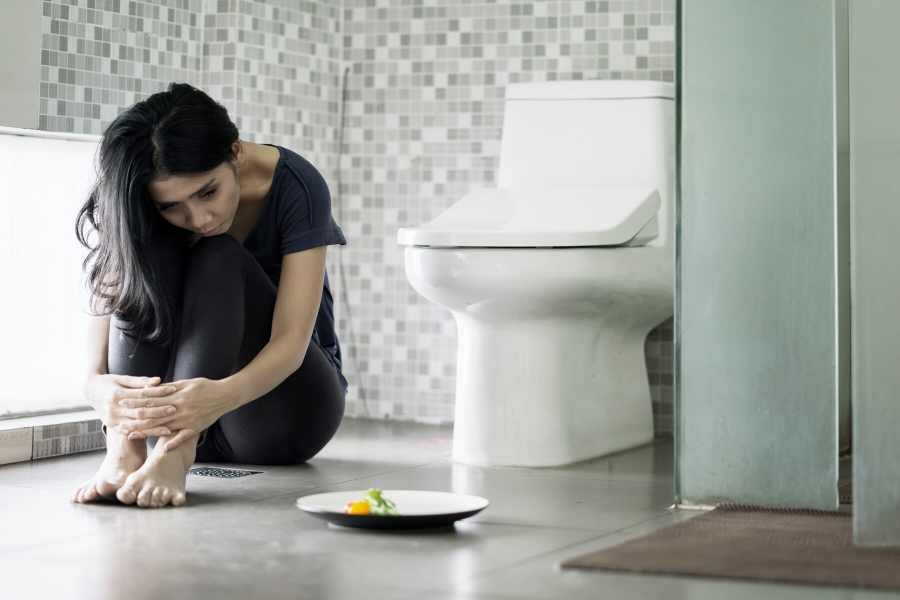 Mahira (name changed), a twenty-two-year-old bright engineering student, adept at extra-curricular activities and the doted only daughter of the family approached the psychologist with complaints of mood swings which had resulted in her failing in a couple of her term papers.

Though 5 feet 8 inches in height, Mahira weighed less than 50 kilos. She was terrified of eating one more chapatti, just in case she became fat. This phobia had started ever since she had joined college.

After a few sessions with the psychologist, Mahira revealed that a boy who had proposed to her on Rose Day had left her for another girl a few months later. Ever since then Mahira had withdrawn into a shell and had started finding undue fault with her appearance.

Throughout her life, Mahira had put in her best efforts into succeeding in whatever she undertook, be it academics, singing or tennis. Rejection by just one boy had been interpreted by her as a serious failure which had lead to lose her standing amongst her peers.

With therapy, she was able to take a deeper look at herself thereby realizing that what she perceived as failures were actually her fear of failing in life which is why succeeding was so very important to her. She had an unclear concept of what was worthy in life.

Mahira’s case study as narrated by psychologist Hemalatha S was that of Anorexia Nervosa.

Teenaged Madhubanti (name changed) was overweight for her height. She was addicted to food especially bakery products. She knew that she needed to cut down on a starchy diet to lose weight but was unable to restrain control.

Madubanti’s case was one of Bulimia Nervosa. She was treated by a psychiatrist, psychologist and dietician after which she got better.

What You Need To Know About Eating Disorders In Women

An eating disorder may be defined as a condition in which a person eats, or refuses to eat, in order to satisfy a psychic need and not a physical need; the person doesn’t listen to bodily signals or perhaps is not even aware of them.

People with normal eating habits, on the contrary, eat when hungry and stop eating when the body really doesn’t need more, when they feel the signal of satisfaction.

In such a scenario girls are mostly dependent on the male partner’s earning. From the girl’s point of view, the better looking you are the possibility of getting a better partner or getting the continued attention of the partner is more. This view leads them frequently in front of the mirror and this is how obsession sets in.

There are other reasons for this ‘obsession for appearance’ where both men and women are equally vulnerable but this is the main reason why girls are more prone to suffering from eating disorders than men. If girls can be made independent and can understand the strength of other qualities they might have, maybe the problem will be easier to solve.

Eating Disorders depend on the aetiology of the specific disorder. If it is due to the attention of the opposite sex, it starts around puberty, if the person is overweight and marriage proposals are not maturing, eating disorders may take place then.

These days due to TV and other media, the younger generation goes through early maturity and they become conscious about their bodies earlier than before. These result in earlier precipitation of disorders even in children.

When asked why women from certain professions like acting, modelling and sports are more prone to eating disorders Kasturi answers:

Weight categorized sports where it is important for the participants to keep within a strictly imposed weight threshold, and/or where the aesthetics of the sport demand that an athlete should be thin, for instance, ballet, running, gymnastics and swimming may give rise to the women participants having eating disorders.

Similarly, models and actresses have that preconceived body weight and try to maintain that at any cost. Professional requirements of some jobs like the air hostess, pilot and dancer make them conscious about their appearance and during the course of the management of body appearance, they may become obsessed and the problem starts.

What is the root cause of eating disorders?

According to Kasturi, “The root cause of eating disorders is only psychological, reinforced by sociological cause, which affects the nutritional and neurobiological aspects. Force-feeding, overprotection, over nutrition at an early stage and family environment especially the parental relation may force the child to this disorder in the long run.”

Do society and media act as a catalyst for eating disorders?

Kasturi answers, “Media may initiate the poor body image of oneself at a younger age, but society or the surrounding environment has a major role to play by pointing the finger, open criticism or comparing with someone else to the extent that the person becomes sick. In this regard, even school children may be very cruel and may be responsible for precipitating the disorder.”.
The main types of eating disorders are as follows:

This is a dangerous condition in which people can even starve themselves to death. Anorexics may eat very little fearing that they may gain weight even if they are very thin. They may have repeated dieting attempts leading to excessive weight loss. They may perilously over exercise to lose weight.

Anorexics are often characterized as perfectionists and overachievers who seem to be in control. However they actually have low self-esteem, are under-confident and are over-critical of themselves.

Bulimics may follow a ritual of clandestine and uncontrolled binge eating (consuming large quantities of food and followed by self-induced vomiting).

Binges can occur from once or twice a week to several times a day and can be triggered by depression, boredom, or anger. Bulimia nervosa may surface independently of anorexia nervosa or anorexics may also be bulimic.

Bulimia leads to an electrolyte imbalance because of repeated purging behaviour. Repeated vomiting damages heart muscle heightening the risk of a heart attack. Bulimia also may lead to the inflammation of the oesophagus, erosion of the tooth enamel and damage to the salivary glands.

Binge eating is characterized by repeated episodes of uncontrolled eating. This overeating doesn’t stop till the person is uncomfortably full.

Unlike anorexics and bulimics, those with binge eating disorders don’t vomit or exercise unnaturally to lose weight. Those with this disorder are obese because they maintain a high-calorie diet without releasing a similar amount of energy.

Pica is an appetite for non-nutritive substances like coal, soil, chalk and paper or food ingredients (yet unfit to be consumed as they are uncooked) like flour, raw potato and starch. Pica is seen in all ages but more so in pregnant women and small children especially those who have developmental disabilities.

This eating disorder involves the contents of the stomach being drawn back into the mouth, being chewed for the second time and being swallowed again.

Rumination through a natural and healthy part of digestion in animals is dangerous among animals as the oesophagus can be damaged when brought in contact with stomach acids.

Those suffering from anorexia may be prone to rumination due to nervousness about eating a normal meal. Bulimics can ruminate when the option of getting rid of a meal by throwing up isn’t available.

Our traditional meals are composites in all that is required for the body, in keeping with the geographical requirements, as well as the occupational demands.

We have started losing touch with these traditional ways of eating. In the process, we have set off our own unrecognized fads. In addition to this, there are many well-meaning but ill-informed people who advocate a set of foods that sideline other essential nutrients.

Fads end up creating more problems than solving the existing ones. Our body, brain and nervous system don’t get the required nutrients and ill health is an inevitable outcome.

Mood swings, memory problems, disturbed bodily functions even severe mental illnesses can result from fad diets. The healthiest way of life would be, eat well, as per your individual body needs and exercise well.”

Education has to be the key. People have to know the consequences of eating disorders. They should develop some other hobbies or productive work so that they would not have time to go in front of the mirror. Counselling the whole family is the key. In fact, the caregiver needs more counselling than the patient.