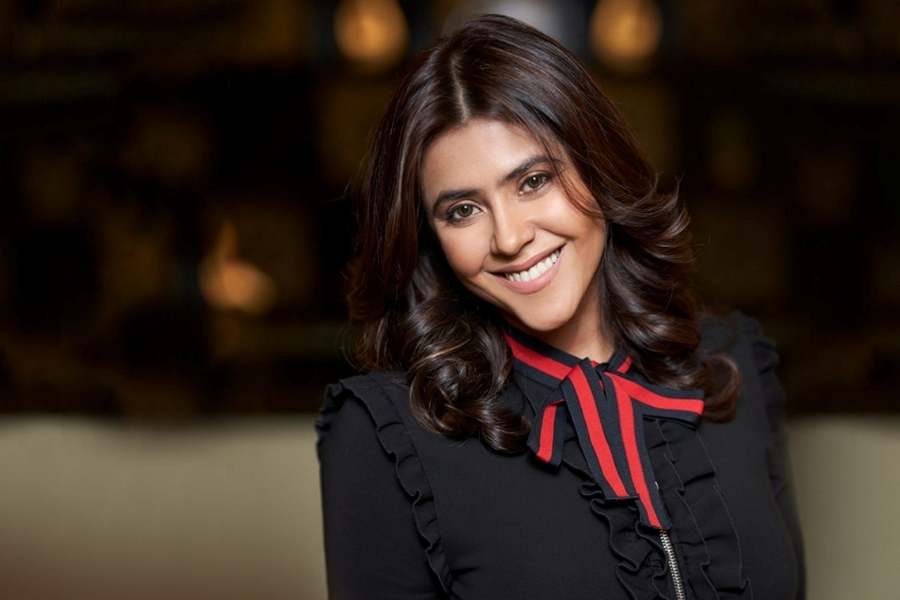 Ekta Kapoor has long held the title of the Queen of the Indian Television Industry. Learn how she became so successful as a woman entrepreneur and reached where she is today.

While her soaps have been known to be over-the-top and indigestible at many points over the past two decades, few can challenge the truth in her title, with over 15,000 hours of television content on the airwaves since the inception of Balaji Telefilms.

Over 80 distinct television programmes have been churned out of her production house across six different languages; she also has 11 films under her belt as of 2011, with three more scheduled for release in the same year.

A Modest Start For A Superstar’s Daughter

Born in 1975 to Bollywood superstar, Jeetendra, and his wife Shobha, Ekta Kapoor started off in the industry early. At the age of 17, she tried to enter the ranks of Kailash Surendranath, the ad/feature-filmmaker but was reportedly unsuccessful.

Following her bachelor’s degree in Commerce, and under the advice and financial backing of her father, Ekta started up her production house, Balaji Telefilms, in 1994.

Her first six pilots and three filmed ventures were sadly failures, but in 1995, Hum Paanch, a comedy about five sisters, a vaguely nagging mother, and their hapless father was a relative success.

It was only around the year 2000, that Ekta managed to catch and ride the wave of satellite television revolution in India, to astounding results.

The early noughties of the new century saw the rise of shows that have left deep and lasting impacts on the Indian psyche. Kyunki Saas Bhi Kabhi Bahu Thi and Kahaani Ghar Ghar Kii, both launched in 2000, have arguably been the most popular.

Viewers were introduced to the soap opera in its most dramatic, intense form, with picture quality previously unknown in the grainy realm of Doordarshan and other networks of the 90s.

By 2005, Balaji Telefilms had something of a monopoly over Indian televisions with shows across all major networks and channels – and had diversified to the Tamil, Kannada, Malayalam, and Telugu sectors as well.

She had become, by this time, Joint Managing Director, Director and Member of the Shareholders Committee of Balaji Telefilms as well. All was not well though: the monopoly led to viewers at large being over-saturated, in a sense.

By 2008, the popularity of a number of her soaps began to decline. TRPs decreased to a massive extent for her landmark show, Kyunki Saas Bhi Kabhi Bahu Thi, which by this time was felt by the public at large overstretched and hard to digest, with such plot devices as multiple deaths, kidnappings, and even reincarnations.

While the lead character had, by the time, been played by a different actress than the one the show began with, the lights were dimmed; the show was taken off the air.

A slew of cancellations followed that year: Kahaani Ghar Ghar Kii, her other pet project; and Kasautii Zindagii Kay, another popular show, which began in 2001.

Things had begun to seem grim well before 2008 though, but ever the entrepreneur, Ekta started to branch out Balaji Telefilms’ influence in other spheres.

Although Ekta and Balaji Telefilms had already produced four films from 2001 to 2004, they were largely box office (and critical) bombs.

The film, a comedy, was among the highest-grossing films of the year. 2007 saw another popular and highly-grossing film, Shootout at Lokhandwala, inspired by Martin Scorsese’s Goodfellas, with Amitabh Bachchan and Sanjay Dutt in lead roles.

The film grossed about 7 crores and garnered a lot of critical praise. 2010 also saw her other production, Once Upon a Time in Mumbaai, grossing over 58 crores (albeit with mixed critical reception). Newer productions included Ragini MMS, a horror/romance film slotted for 2011.

Ekta is estimated to have a net worth of about 1.32 crore rupees, with an annual salary of Rs. 66,30,000. She has numerous awards under her belt from the television and film industry, along with being named one of Asia’s Most Powerful Communicators by Asiaweek magazine.

Respected for her silence around her personal life, we see only the professional, business side of her – an impressive, inspirational figure with just the amount of flexibility required to adapt to the changing needs of her audience of nearly 20 years.