Saving Elephants In India With Geeta Seshamani Of Wildlife SOS 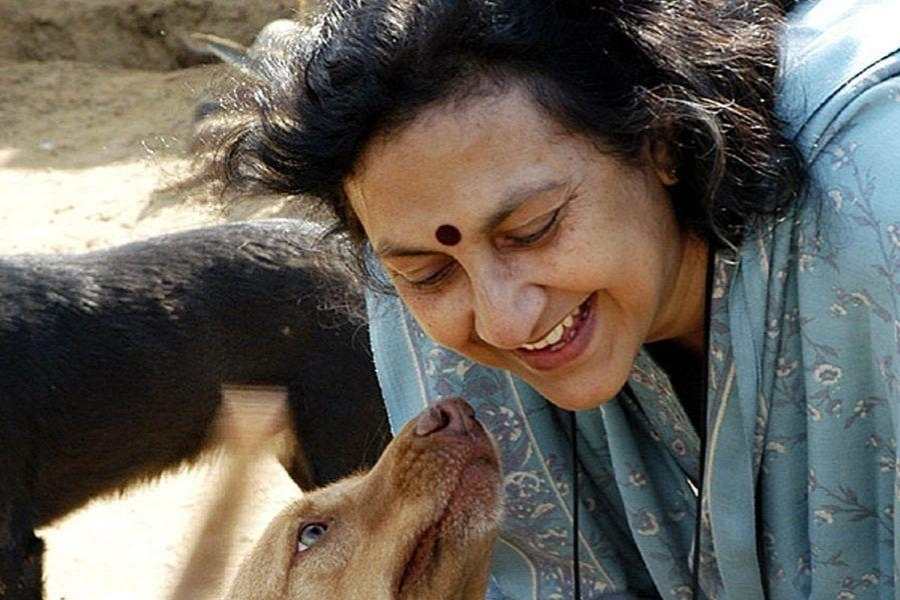 Geeta Seshamani has been rescuing wildlife in India for over three decades. This World Elephant Day 2020, we feature her work in saving India’s elephants.

This World Elephant Day 2020, we feature Geeta Seshamani, Vice-President of Friendicoes SECA, Co-Founder of Wildlife SOS and acting Senior Wildlife Conservationist, who has been rescuing and rehabilitating wildlife in India for over three decades in her wildlife conservation career.

Born on 29th August 1950 to an army officer, Geeta Seshamani’s life was centred on the profound belief that man can coexist with animals and forests. In 1979, the cruel treatment of stray dogs in New Delhi distressed her so much that she felt compelled to become their voice and champion their cause.

Having started as a shelter for sick, injured animals or abandoned pets, Friendicoes SECA is now Delhi’s largest shelter for domestic animals. It has a hospice, outpatient department (OPD) and ambulance services, an animal sanctuary in Gurgaon, and a mobile clinic for horses and donkeys.

In 1995, Geeta witnessed a sloth bear forced to dance while its owner begged for money in Uttar Pradesh. She was both, appalled by the plight of the dancing bears and moved by the extreme poverty of the Kalandar community who had been exploiting them for hundreds of years.

Along with Kartick Satyanarayan, she launched a 30-month mission to understand how to solve the problem in a compassionate way for the bears and their captors, often living with the Kalandar community in their settlements and gaining their trust in the process.

Wildlife SOS was the outcome of their collaborative effort, having convinced the Kalandar community to surrender their bears while assisting them in finding alternative means of livelihood.

Wildlife SOS made history when, in a historic moment in 2009, it successfully rescued the last ‘dancing bear’ in India, ending this cruel, generations-old practice for good.

Today, nearly 40% of the Wildlife SOS staff are sourced from the Kalandar community, who have opted for a more sustainable and humane future.

.
How Geeta and Kartick’s compassion for humans and animals helped navigate the thorny issue of man-animal conflict in a way that benefited all concerned – and without invoking the law – set a unique precedent in a world where animals are constantly losing out to humans.

Wildlife SOS operates from the overarching ethic and belief that true and lasting protection for wildlife cannot happen if the economic challenges of communities that exploit wildlife to survive are also addressed.

Elephants are social beings that live in large herds. However, humans separate the babies from their mothers, enslave them, use cruel methods of torture to break their spirit, and exploit them for tourism, manual labour, performances, processions, entertainment, and street begging.

Tourists, largely as a result of ignorance, seek to ride these majestic and intelligent animals, not realizing that most of them were captured in the wild, broken and abused, and forced to comply out of fear.

Broken by decades of neglect and trauma, these unfortunate animals can rarely be released back into the wild, and often require long-term medical care for chronic injuries.

Wildlife SOS has led efforts to rescue these working and abused elephants from the abusive tourism and “begging elephant” industries, or from a lifetime in captivity and confinement as temple elephants or used as entertainment in circuses.

They reach out and help rehabilitate severely abused and exploited captive elephants that are blind, elderly, wounded, malnourished and dehydrated or being used illegally and commercially under deprived conditions.

Wildlife SOS rehabilitates and cares for the rescued elephants at their Elephant Conservation and Care Centre and Elephant Rehabilitation Centre, which is now home to over 30 rescued elephants enjoying lifetime, high-quality care, thanks to the generosity of donors.

At the ECCC, they can live a natural life and can finally spend their days happily in the company of their elephant herd and enjoy long and relaxing mud baths in the water pond.

They get to eat a nutritious diet, get regular veterinary care, enjoy a free stroll through the forest throughout the day and are free to do as they please.

Also read: Walking With Elephants: A Visit To Wildlife SOS In Mathura

In 2018, Wildlife SOS established India’s very first Elephant Hospital, a historic milestone for injured and ailing elephants throughout India, who can now get the care and love they need in a state-of-the-art facility.

They also have rescue teams, a network of informants, undercover staff, and a special customised Elephant Ambulance to ensure their comfort during rescues, all of which have been instrumental in bringing many abused and ailing elephants to safety.

Besides these rescue services for captive animals in abusive settings, the Elephant Conservation and Care Centre also provides medical treatment for animals that can be released and advocacy to prevent animals from being exploited for entertainment.

.
Wildlife SOS’ ECCC is a living breathing conservation education platform to change public perception to support elephant conservation. In association with ‘Peace 4 Animals,’ they launched the Refuse To Ride campaign to spread awareness about the exploitative art of riding elephants for recreation.

Their Elephant Tails Podcast features intimate stories and behind-the-scenes perspectives with the people working to save India’s wildlife. In Episode 1 of the podcast, Geeta Seshamani tells the story of how Wildlife SOS first got started.

Geeta is now focused on developing human-wildlife conflict mitigation strategies to aid wildlife conservation in India and is currently a Special Officer of the Wildlife Crime Control Bureau, Govt. of India.

She is also a member of the CPSCEA committee for the ethical treatment of animals in experimentation and a former member of the Central Zoo Authority, Govt. of India and the Animal Welfare Board of India (AWBI).

Geeta has been felicitated with several awards, including the prestigious “Pehal Award” by Zee News (2004), the Planman Media Award for Environmental Activism (2009), the Karamveer Puraskar Award (2009) and Limca’s “People of the Year” Award (2014).

She is a two-time winner of The Elisabeth Lewyt Award for Disaster Management and Planning and recently received the Wockhardt Foundation prize for Human Rights Popular Award.

Geeta was featured amongst the ‘Women of Pure Wonder’ in the Vodafone 2016 book of the same title and is co-author of ‘Dancing Bears of India and Trade in Bears and Their Parts in India: Threats to Conservation of Bears.’

She also received the San Diego Zoo Global Conservation Medal for “Conservation in Action” (2018) and was felicitated with The Maharana Udai Singh Award, 2019, for conservation, and community rehabilitation work.

A lauded guest speaker at innumerable global conferences, Geeta demonstrates her lifelong devotion to the protection and well-being of all living things tirelessly.

How Can I Help?

Here are several ways you can contribute to Wildlife SOS’ (WSOS) wildlife conservation and advocacy efforts.