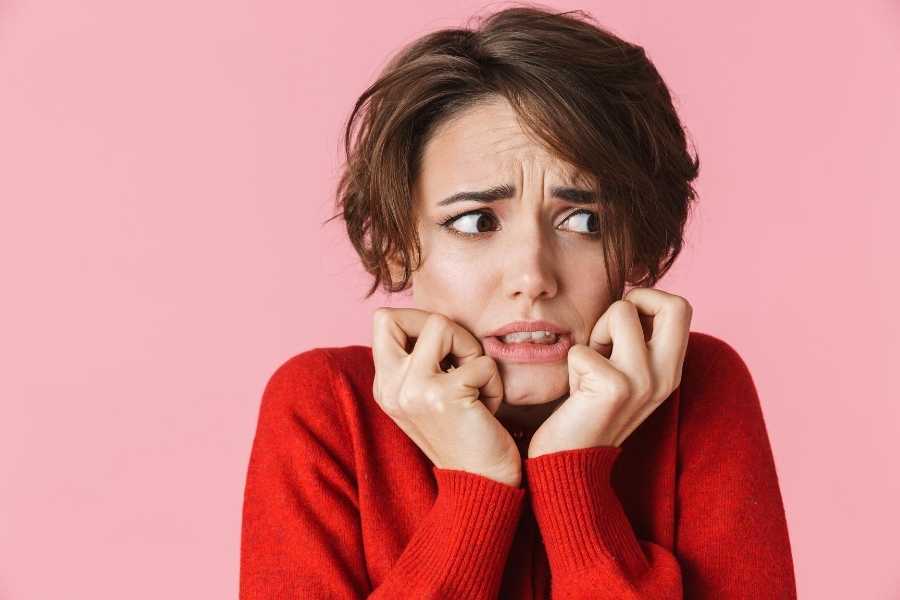 Why do women tolerate abusive behaviour in a relationship? What is it that makes us feel we have no other option but to suffer in silence, often for years at a time?

How bad does it have to get before we realise that this man and their family are abusers and do not care for us and our kids? Why does it take so long for us to walk out of an abusive marriage?

Abusers are basically bullies. An abuser is not capable of respect or love. They don’t care for you – they only care about establishing their power over you, manipulating you and subjugating you to their will.

The more you tolerate, the more the abuser knows they have you in their trap, the less they will respect you, and the worse the abuse will get.

And women can be just as abusive as men. In fact, mothers-in-law are some of the most abusive people there are, just because they feel entitled to behave that way, and Indian society condones it.

People live for years with their abusers, sleep in their bed, give them children, and only when they’ve taken every shred of their dignity, do they fight back. When do you say enough is enough?!

If you want to stop an abuser, you need to realize the ways in which you’re contributing to the situation – namely by tolerating it. So what is abusive behaviour in a relationship? And how can we spot the early warning signs of an abuser?

Whether you’re marrying for love or going in for an arranged marriage, there are a number of red flags or early signs of abusive behaviour to look for – in your partner and their family – before you decide to take the plunge.

So, what is abusive behaviour in a relationship? How do you spot an abusive boyfriend? Here are some of the red flags or early warning signs of an abuser to watch out for, especially if you’re marrying into an Indian family.

1. How do your partner’s parents treat each other?

Our parents are our primary role models and we grow up observing how they treat each other. Unless we make a conscious effort not to be like our parents, a  man will usually end up behaving like his father and a woman like her mother.

If you notice disrespectful or abusive talk, there’s something rotten there, and you need to get away from them as soon as possible or you’ll end up recreating the same dynamic in your own relationship.

2. Do they respect women?

Some Indian families will put up a pretence of respecting women and pay lip service to support you in your career, but once you’ve crossed their threshold, you’ll be relegated to the job of “maid and baby factory”.

Listen to the members of your partner’s family carefully before you say yes to marriage. If you look closely enough, you’ll see shades of disrespect in their attitude towards women.

Ignore this at your peril. If you notice any disrespectful talk about how independent women or feminists are ruining families, run for the hills. 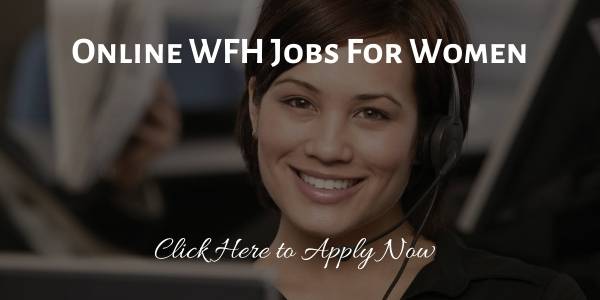 3. How do they treat children?

Do they show a marked preference for the boy child? You can be sure you’ll face the dreaded pressure to produce a male heir as soon as the glow of the honeymoon wears off.

Watch closely to see how they treat kids of each gender, and if you notice anything disturbing, say NO, dear girl! You have the right to refuse to marry into a family that you know will make you (and your children) miserable.

4. Do they treat “dark” people badly?

Indians are so racist, it’s not funny how many families are concerned that their child or grandchild should be “fair”, even if they themselves are not.

Are your partner and their family colour conscious? Do they keep mentioning how “fair and beautiful” someone is? Do they treat people with a darker complexion than theirs with disgust and loathing?

Heaven help you if you produce a child that is anything but fair, in their eyes! You’ll be treated to insults, blame and worse. 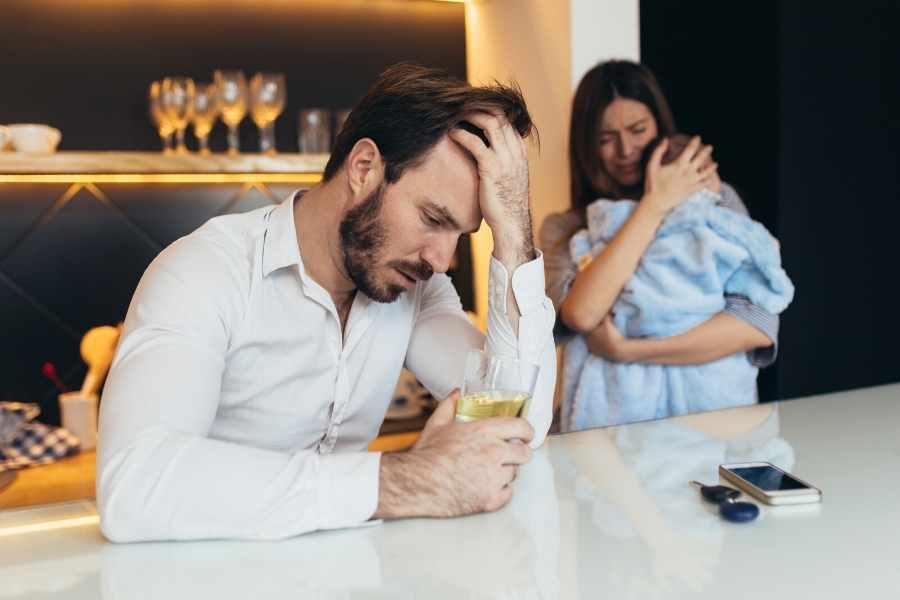 5. Are they an alcoholic or drug user or worse?

Leave them at the altar and run as fast as your legs can carry you, before the fallout of their depravities damages your self-esteem (and the lives of any kids you might have had together).

6. Are there subtle demands for “gifts”?

Because asking for dowry outright is against the law in India, the boy’s family will often make subtle demands for “gifts”, and these demands will get louder, more strident and abusive as the marriage approaches.

The first time you hear a request for a car or household appliance, either reports the groom’s family to the police or drop them like a hot potato. If not, you just might end up as another dowry death statistic.

7. Are they insecure and controlling?

An abusive boyfriend who is insecure is more likely to try to control you and your actions in an attempt to make themselves feel more comfortable.

Does your partner forbid you from talking to members of the opposite sex? Do they prevent you from being on social media? Do they try to hack your emails or keep tabs on your phone calls?

These are classic signs of controlling behaviour. If you give in to their control, writing off their jealousy as a sign of how much they want and need you, it will only get worse, until one day you find you have no freedom left.

If you find your abusive boyfriend exhibiting such behaviour, either set clear boundaries early on and make it clear that you will not be controlled or leave before it gets worse.

A healthy relationship is one where both partners trust each other and treat each other as friends and adults, not as children who need to be watched and controlled.

8. Do they put you down and make you feel bad?

This is another attempt to try to control someone and is the definition of psychological, emotional or mental abuse. By destroying your self-confidence and self-esteem, your partner is trying to ensure that you will lack the confidence to leave them.

A lot of people remain in emotionally abusive relationships for this very reason – because their abusive partners have convinced them that they are unworthy of love and respect.

If you notice subtle put-downs and negative comments on your looks, abilities and achievements, leave this mentally abusive relationship right away. With insecure people, it never gets better.

9. Are they attempting to isolate you from others?

This is classic abuser behaviour. Abusers want to ensure that, when they do get abusive, you have no one else to turn to for help.

So they’ll slowly but surely start isolating you from your friends and family. They’ll get enraged if you reach out to anyone else to talk about your problems.

Indian families condone and enable such behaviour by calling their daughters “paraya dhan” (someone else’s wealth). Once a girl is married, they literally wash their hands off her and her problems.

Model Priyanka Kapoor Chawla, who hanged herself as a result of abuse by her husband and in-laws, stated that her abusive husband would “place a lot of restrictions on her.” She was not allowed to meet family and friends.

Create a stink as big as you can, so that you do not end up like the hundreds of thousands of women in India who face violence from their abusive husbands or in-laws. 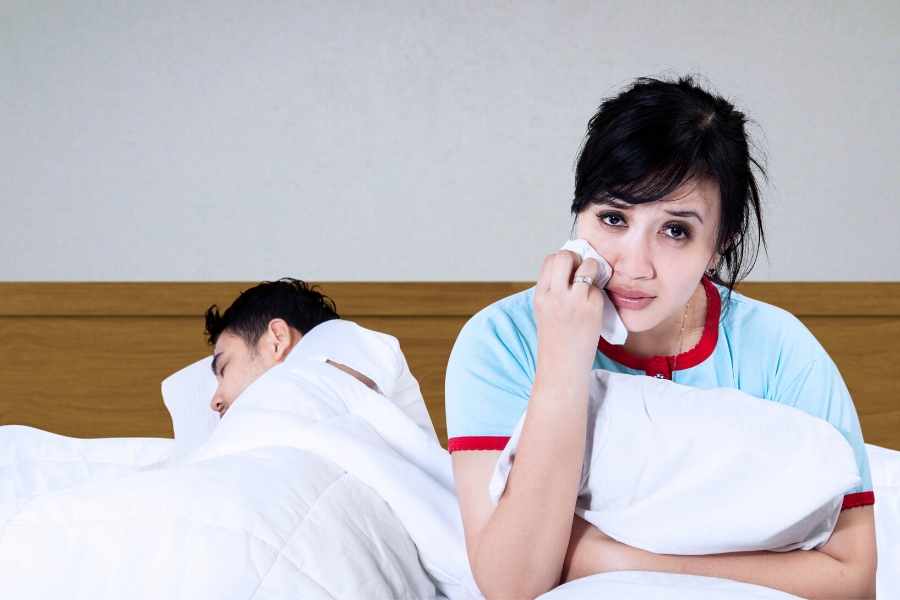 If so, you’ll never match up to the standards of their flawless parent. Refuse to compete. Let them stay “married” to the mom or dad they can’t seem to individuate from. Pick up your bags and leave.

Although there are many more traits and behaviours that can help you assess your potential partner’s character, these are some of the most important early warning signs or red flags to look out for.

When assessing a life-partner, these abusive behaviours will impact you the most and lead to a lifetime of physical or emotional abuse.

The most important thing to keep in mind when sizing up a potential partner is to trust your instincts. If your intuition tells you that something is off, trust it.

As Maya Angelou so wisely said, “When someone shows you who they are, believe them; the first time.”

When someone shows you who they are, believe them; the first time. ~ Maya Angelou
Click To Tweet

Don’t second-guess yourself, or even give people second chances. It could cost you your sanity, or even your life.

However, the best way to avoid getting into an abusive marriage is to become a whole and complete person in your own right. Learn to love yourself, cherish yourself, get a career and a life.

Whatever you do, become financially independent. Independence gives you the freedom to walk away from an abusive relationship anytime you want to.

If you need free career counselling, download the SHEROES app for women and get free career advice from career professionals.

When you know that you deserve love and respect, you’ll never settle for less.

When you know that you deserve love and respect, you’ll never settle for less. ~ Priya Florence Shah
Click To Tweet

Need free relationship counselling for escaping an abusive relationship? Connect with a professional counsellor on the AskSHEROES free online counselling chat helpline for women. Your conversation is 100% confidential and secure. 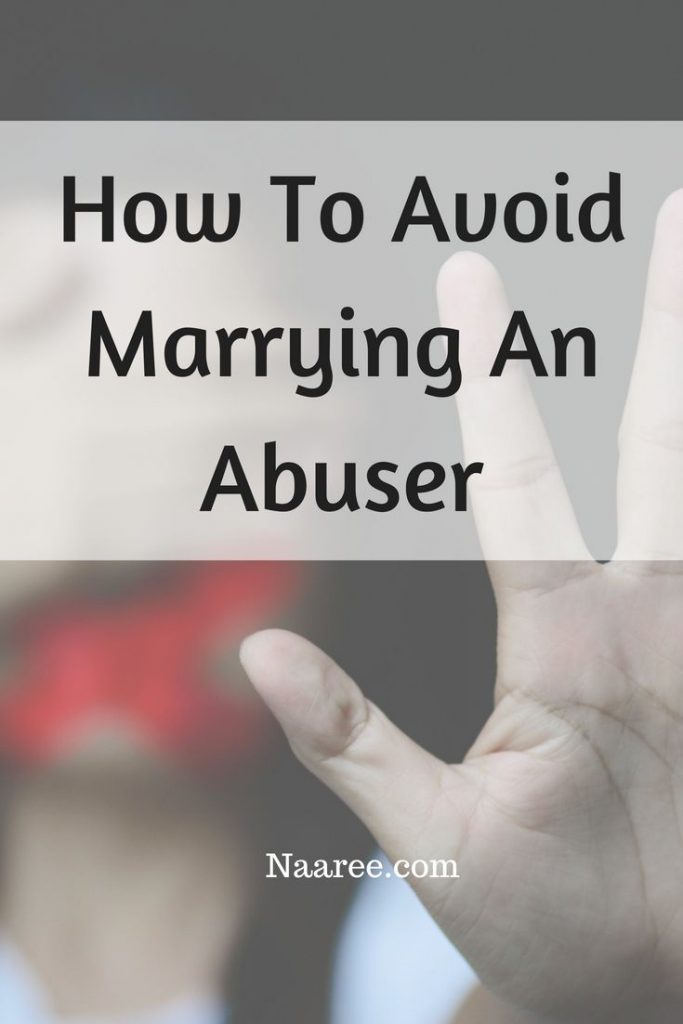 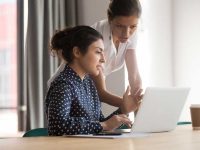 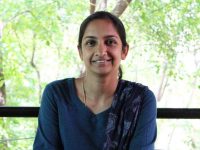 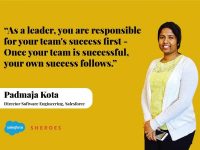