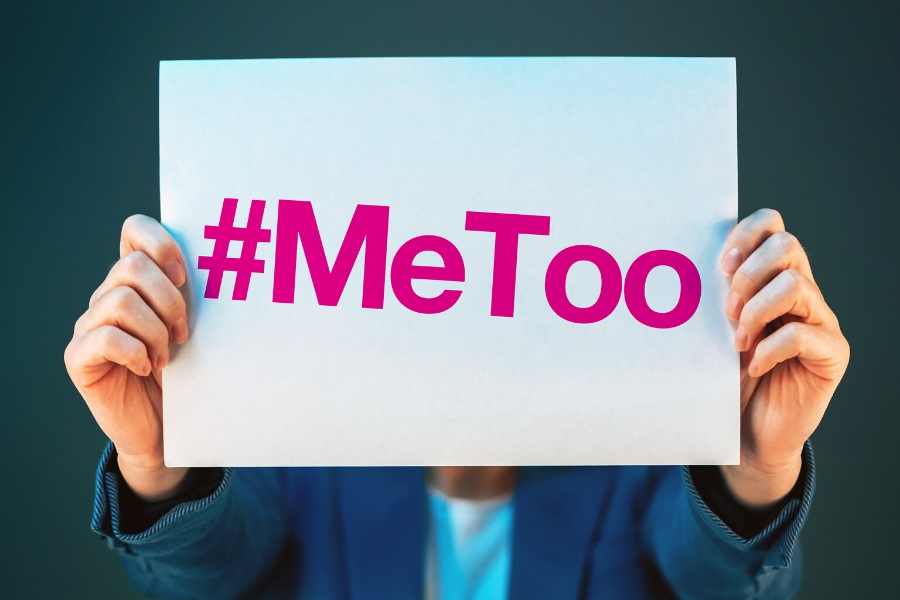 This article showcases the Facebook posts of Indian women who posted some insightful and thought-provoking commentary about the #MeToo movement in India.

In the aftermath of India’s own #MeToo movement, a significant number of women have begun speaking out about the #MeToo moments that they have experienced.

As Amulya Gopalakrishnan says on her TOI blog, What the good guys need to know about #MeToo — yes, it’s You Too, “Indian media can no longer pretend that sexual predation is out there in Hollywood, or that it’s a rare or remarkable occurrence. It’s in here, and it implicates us intimately — our friends, families, colleagues, ourselves.”

For me, personally, it’s triggered some unpleasant memories. Of being hit on by a dentist who was supposed to touch nothing more than my teeth.

Of being felt up by friends in a disco under the pretext that they were drunk (the old fall-back). Of a close relative who copped a feel, again when he was supposedly drunk and I was in a vulnerable situation.

And it’s forced us to have uncomfortable conversations with friends and partners, over what constitutes sexual harassment and why you can’t expect a woman to provide evidence of being harassed.

I contacted some of my friends and mentors on Facebook who posted some insightful and thought-provoking commentary about the #MeToo movement in India and got their permission to reproduce them here.

I hope their posts will make men and women rethink their position on sexual harassment and the #MeToo movement. Because a woman can be just as much of an advocate and co-conspirator of patriarchy as men.

A couple of days ago I had breakfast with an old friend who is a senior director with an MNC. We were talking about the Kavanaugh incident.

He laughed and said, “Well come one, we have all fooled around in the past and it was harmless… don’t you think it was a bit over the top? Especially because this happened so long ago and it was a different time back then?”

I actually mildly lost it with him. That fooling around was with other human beings that did not see it as ‘fooling around’. They saw it as an invasion of their bodies. But the biggest invasion was in their minds. Because we learnt from society that it was OUR fault.

We were manipulated to believe that it must have been something WE did to ENCOURAGE the fooling around. we smiled too much, we were too ‘available’, we were too friendly, that actually that is what we are there for – to be there for the pleasure of men to ‘fool around’.

It has scarred us for life because we were touched against our will, yet made to see that it was us who were responsible and that it was so shameful. Do you know that the guilt has lived with us for decades, that we must have done something to deserve someone doing this to us?

That has affected the way we see the world, talk to men, and bring up our daughters? Some of us have had to have counselling, often twenty years later, to deal with the impact, because we could not deal with it before. And now, when we have an opportunity to say something, you justify the stance of ‘fooling around’ and ‘along time ago’?

He was visibly shaken. He said, “I had never thought of it from the victim’s point of view. And what she must have gone through. Or that it could or would have stayed with her.” He stopped speaking.

On a verbal Tsunami, I continued, That is what I would call ‘male privilege’. The business world today hasn’t changed much. I’ve worked with a lot of women in the corporate sector over the last decade in India. Often they talk openly to me.

Not all, but a proportion of male senior leaders and mid-level managers are absolute predators, still looking for opportunities to nudge women in this direction. Dropping inappropriate comments at work, waiting for them to drink a little, put a hand here or there, make lewd comments.

And if you brush them off, or complain about it, then your career is at stake – you might not get that promotion or that contract. What do the women do? Change jobs. What do the men do? Get promoted.

With eyebrows raised and a few looks at the floor, I had to say the last bit. He has known me for ten years, I decided to let him know the other challenges I have faced.

And time and again, I’ve been told by female friends about myself ‘Don’t wear that – it is too revealing (with a kurta and a tiny slit below the neck); wear a dupatta; don’t smile so much, you are encouraging them; don’t be so friendly; don’t talk about your wide range of interests; don’t wear eye makeup – it makes your eyes look bigger and they get turned on.

Seriously??? This is what I have to put up with EVERY DAY. I have to change the way I look and talk, so I am not ‘giving the wrong signals.’ Is this fair? No, but it is the world we live in today. And yes I have lost contracts in the past, and had to deal with situations that would have been totally different, had I been a man.

The way they behaved, using the contract to taunt me as if it was a drug that I needed and it gave them the right to play their petty little power games. I am sorry. But I would rather walk away than lose my own dignity and self-respect. I have the luxury that I can afford to do that.

Others have to keep changing jobs or watch their business decrease. Then society wonders why we don’t have enough women in senior positions.

He looked really uncomfortable at this stage. But nodded. Afterwards, he sent me a message. “Your experiences have clarified my thoughts on the matter. The #MeToo movement is needed.”

And for those men that are predators, or partake in ‘harmless fun’, please note that the sword of Damocles is swinging dangerously above…

I have an easy afternoon today and was catching up on Twitter and the news. All my women friends know of the #metoo incidents being shared and very few male friends will be aware of it.

This affects women directly is because I don’t know a single woman in India who can say that she has not suffered this. Just read that Sajid Khan is asked to step down as director of Housefull 4, it’s bull shit that no one knew how he was before the story came out.

Bollywood stories sell like hotcakes, hence the focus is on that industry, but the whole goddam country needs to rewire itself. Men who have done this need to be shamed publicly, I don’t even want to go the legal route and get them to jail.

What will happen If every single person gets the courage, will every single house have a #metoo story. Maybe houses won’t break but there will be a crack in most of the houses. It’s saddening and sickening that this is hushed topic inside a household.

India is such a hypocritical, patriarchal country, we worship 10,000 goddesses but when it comes to treating the women in our lives, everything goes tumbling down.

#metoo is also our Swachh Bharat campaign. Women, please realise that in a crisis, men unite, and therefore become strong, whereas we women begin in-fighting and judging.

To all those women saying, “But how come it never happened to me?” pl put your hand on your heart and honestly say if you have escaped being fondled, “felt up” or molested by powerful males in the extended family, trusted relatives, doting cousins, extra loving uncles, besides the scumbags in crowded places?

In your growing up years, you were too afraid, confused or ashamed to speak up and brushed it aside as ” normal” behaviour of predatory males.

Well, the time has come to reset society’s button. To establish the “New Normal”. To create a safe society where women are not consumable items any more.

So don’t miss this moment in history. Your daughters will thank you for it. Unite and Speak Up!

“Everyone is doing #Metoo now for Publicity”

Waittt.. before you say something like that THINK- That kind of publicity also comes at a cost- the cost of being Judged, Publicly Criticized, Threatened, acknowledging of Assault and Humungous Courage to expose yourself to the world.

When someone speaks up -they risk losing everything. The publicity you say? How long does that kind even last? Till the media is interested in you? Or for commoners like us- till it gets enough Social media likes?

Just before #metoo came into being.. 4 of us were sitting, bantering, leading to sharing our history of #metoos. That conversation was somehow very therapeutic as we were releasing our stocked up agony of years and decades and had never really shared our #metoos(read assaults) with a group as big as 4 people.

So what has changed now? What has led to people sharing now and not before..? Well.. A lot!!! SUPPORT.. I guess? (From a great pool of Gentlemen and Ladies out there who have our back.)

I don’t have any renowned person to shame here which would give me enough mileage but I have the audacity now to share my years of agony today through this post and never had this before.

So like they always say in a hopeful tone- “Time will come” So I guess it’s just the TIME. The time has now come- To shatter your silence and heal yourself. If not publicly, then at least with your friends and family.

Asking the victims to forget their tormented past – remain silent is telling them that no harm is done; there is nothing to be resentful about. It is reinforcing loss of self-esteem.

Behind this drama of #metoo lies personal betrayal, traumatic times. For a lot of people, public acknowledgement is the first step in proper healing, repairing an impaired self. It is also a hope to restore social trust and saner society.

I leave you with this very moving video from a decent man who recommends we #BelieveWomen. Too bad it takes a man saying that for people to believe it.