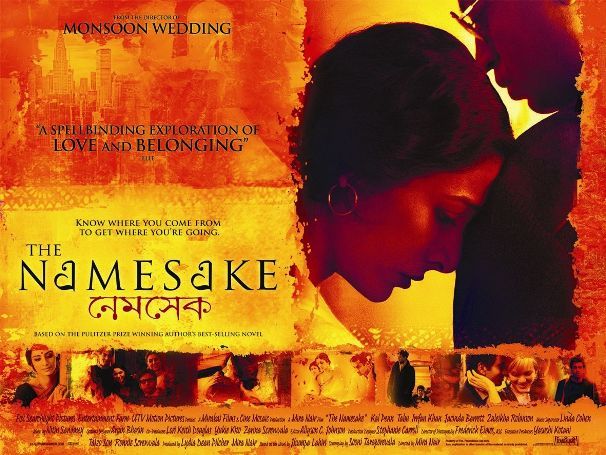 Balancing tradition with modernity is an age-old issue for mothers who live and raise their children in foreign lands. Indian moms are no different.

Endless reels of film have been dedicated to the trials and tribulations of the Indian diaspora. Whether it was Somnath Sen’s evocative film Leela or Mira Nair’s critically acclaimed The Namesake.

As was sensitively essayed by Tabu in The Namesake, for many first-generation Indian women living abroad, motherhood has its very own distinct set of challenges.

Integral to the theme of both films is the conflict faced by the leading women, depicting the plight of mothers – Deepti Naval, in the former and Tabu in the latter – having to deal with their children wanting to live their own lives and merging into an American way of life.

The strong emphasis placed on the maternal dilemma is very much part of today’s reality for Asian mothers who are raising their children abroad. Mainstream celluloid has only recently managed to capture what generations of ex-pats have felt for years.

The constant pull and push between holding onto the old while surging forward with the new is an age-old issue for Indian mothers who live and raise their children in foreign lands.

It helps them feel grounded and gives them feel a sense of security due to familiarity. Also sometimes Western values can be very intimidating for Indians who have been brought up with more conservative values.

When she discusses fears about raising her two-year-old son, Rehana Khan empathises with the concerns many expatriate mothers have about children being completely unaware of their background.

I worry a lot knowing that my son will be raised in a foreign country, without the closeness of family and close relatives. Apart from not having the same bond with his relatives, I am afraid he won’t understand or appreciate my culture.

It’s intimidating when I think I have to raise him to fit right into both worlds, which are not always inclusive of each other.

Like the character, Gogol, in The Namesake, there are instances of young Indians straying from their inherent identity, almost wanting to deny their roots. It is this very fear that resides in many Asian mothers.

.
What if they are not interested in their culture? What if they lose themselves completely in a new way of life? Many questions nag the mothers who have the responsibility of teaching their children about their “roots.”

What makes it tougher for first-generation mothers living abroad is that they have to adapt to a new way of life and they’re raising children in an environment that is unlike the one they were raised in. The dynamics at play here are very different and relating to it, is not always the easiest task.

In some cases, as is often shown on the big screen, parents tend to hang on too tightly to their beliefs, and this apparent rigidity sometimes pushes their children away. As 21-year-old Siddhi Singh, an Indian-American student recalls:

Being ‘Indian’ while I was growing up was my mother insisting I sit with ‘Aunties’ and ‘Uncles’ and their kids at family events.

It was almost like she wanted me to forget that I was part American and pretend to relate to the way she was brought up. I only got a better understanding of India once I stayed there for three months during a summer holiday.

Explaining the psyche of some ex-pats who hold onto their Indian identity very dearly, Dr Shah explains:

Sometimes, they don’t want to let go of all the values they grew up with. People who are conservative in their outlook were brought up to believe what is right and what is wrong.

So they are not flexible and are very rigid in their approach. They have difficulty in adapting and probably choose to adapt to only certain things; or many things, but only to their desired extent.

Apart from this, many mothers who are liberal also feel answerable to relatives and other close people back home, and even sometimes to people within their own local community. In extreme cases, they feel they have to show the world how true to the roots they really are.

Some mothers candidly admit that they feel they are being judged by family and friends and might be looked down upon for letting their children go, or for not inculcating the right values in them.

The real struggle, as many women point out, is when their children are adolescents. The teen years are notorious for rebellion and tantrums but many mothers worry about issues like dating, relationships and sex when their children interact in a more liberal society. 45

year-old housewife Supriya K confides that being in a multi-cultural group of friends helped her cope better in dealing with her adolescent children:

I didn’t know how to react when my 17-year-old son disclosed he had a girlfriend! I hear it is being accepted in India gradually but dating is a concept that I was alien to growing up back then in Delhi.

However, I can relate to him now when I see all other kids of his age going out. It’s only natural that he too deems it acceptable and normal. But our reference points are totally different.

For many first-generation Indian women living abroad, motherhood has its very own distinct set of challenges. But many are finding ways to educate their children about their heritage as well as helping them discern what to learn from Western society. As Binu S, based in the Middle East, states:

I make it a point to celebrate all Indian festivals here with friends. Nowadays it is easier to keep in touch with people back home thanks to the internet so the kids don’t miss out on family and cousins.

Besides children also pick up so much subconsciously from how you behave. That to me is indicative enough that they are learning the right values. On my part, I make an attempt to reach them mid-way so that both sides find some kind of equilibrium.

It is this attitude of give-and-take that secures an interesting blend of traditionalism and modernity that many mothers hope to see in the future generation. In the meanwhile, another film is being made about the ‘struggle’ that second-generation Indians face while they trace their roots.