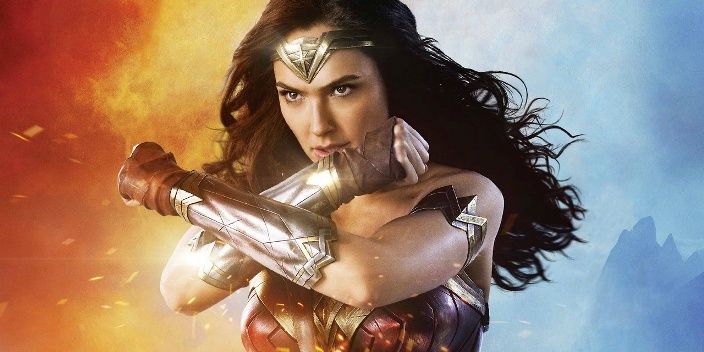 Wonder Woman was a major film for female empowerment, and not just in a superficial sense. Here are four life lessons women can learn from Wonder Woman.

We don’t typically stray too far into entertainment here, but we happen to be approaching the end of a summer during which one of the most important films for young women in recent memory came out.

Wonder Woman was an inspired effort by director Patty Jenkins and star actress Gal Gadot, and one that earned a great deal of acclaim across the world of cinematic review.

In part, it was a relief simply because it was a very fun, very well made movie. But it was also a major film for female empowerment, and not just in a superficial sense.

We see this as an important event not just in film or entertainment, but for women in general. So with that said, here are four life lessons women can learn from Wonder Woman.

We’ve written before about body shaming, and it’s something that’s done in a subtle way in films all the time.

Women are often digitally retouched or edited to look unrealistic, thus reinforcing harmful perceptions about what the “ideal” woman looks like.

Similarly, overweight women (or men, to be fair) are often mocked on screen as if it’s a joke we’re all okay with. Well, Wonder Woman takes a more natural and realistic approach.

Sure, Gadot has clearly worked hard on her body to get into superhero shape, but she wasn’t retouched or enhanced to be so fit or curvy as to be unrealistic.

In fact, Twitter celebrated her thigh jiggle at one point in the film, and it’s also been pointed out that other powerful women in the film displayed ageing skin and other imperfections.

These are small but important messages that should teach young women to be okay with their bodies.

By 2017 this ought to be obvious, and yet young women still look at a world in which men constantly try to assert themselves as superior leaders.

Men are in charge of more high profile companies, men are the most prominent coaches and athletes, and men dominate politics for the most part.

In the U.S., in particular, this has been emphasized, as a deeply experienced female candidate lost the presidential election to a man with a history of misogynist comments.

But Wonder Woman teaches us in no uncertain terms that a strong and capable woman can absolutely inspire a following and lead men.

Logically, this should be no surprise, but it’s wonderful to see an example played out on screen.

3. Women Can Be Mentors

This is similar to the second point, but it’s something worth noting specifically with regard to cinematic examples. From Good Will Hunting to Batman Begins, we’re used to seeing not only male leads, but male mentors for those leads.

Wonder Woman took a different approach, with its lead character raised and taught by a full community of goddess-like women. It’s actually interesting that they tapped into ancient Greek culture, as the ancients seemed to have a healthier idea regarding female role models.

Even now when we celebrate their mythology we give equal attention to women. There’s a prominent series of arcade games online called “Age of the Gods,” featuring slot reels devoted to different characters. And among them, entire games are modelled after the likes of Athena, the goddess of wisdom, and the Fate Sisters of mythology.

The ancient world celebrated such characters, and Wonder Woman echoed that world with its female leaders and mentors. Young women may be inspired now to seek out similar figures in their own lives.

It’s sad to say so, but a lot of women in today’s business world are hesitant to assert themselves because of the prevailing culture of male dominance and authority.

Women can be uncertain about speaking up or taking action independently, for fear of rebuke or disappointment. But the actual character of Wonder Woman should teach a powerful example in the other direction.

Another article looking at lessons to learn from the character, specifically for teachers, stated that Diana (Wonder Woman’s real name) conquers “No Man’s Land” in the film because she’s willing to act.

The not-so-subtle message here is that a woman can do what no man ever has, but the more valuable life lesson is to take action when you know you’re capable.