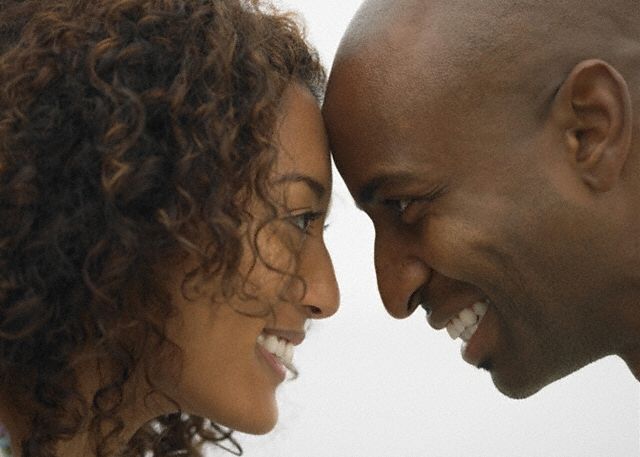 As author of a brand, new column on relationships – from the male point of view – Arun Chitnis shows how different styles of relating, drawn from past experiences, can create disconnection in relationships, but living in the present can transform the way you respond to the people you love.

It’s amazing – and frightening – how many relationships break over clashes of relating ‘styles’. You don’t have a style, you say? Think again.

If you have a father and mother or an overbearing or underdog brother or sister, you have a relationship style based on your family baggage. By that, I mean that your entire LIFE – including your relationships – is likely to be modeled on trying to either extend or negate those influences.

If you have either a highly successful career or a record for getting consistently kicked off jobs, you probably have a style based on either an unrealistically high self-image, or the typical frustration of a loser. And a style in relationships is always bad news, because it’s also a rut.

The Rise And Fall Of A Relationship

That’s sort of sad, because most relationships start of well. Let’s take the man-woman angle, for instance. The initial attraction in such a relationship is based entirely on visual attraction and a corresponding sexual response.

I’m here to say that this is probably the purest state, and that the relationship world would be in much better shape if the whole ballgame stayed there from beginning to end.

It doesn’t, of course. The relationship ascends from the genitals to the heart after that. Beside the fact that this ascension is necessary if the relationship is to be worth more than a few weeks of wrestling in the hay, this is basically where the trouble begins.

Hearts connect, and the partners start connecting their futures and emotional well-being to each others’. The initial rush of mush is thick enough to camouflage most other considerations.

Would relationships survive if everything stayed at this stage? Probably. Don’t take my word for it, but it’s possible. Mush takes two, just like the tango – one to shovel it out and another to swallow it.

If both partners are your basic imbeciles, this sticky transaction can continue indefinitely. I know of some pretty resilient low IQ/EQ marriages that are based completely on treacle.

But it doesn’t end there either, of course. Once the relationship has devoured the heart, it rises further to the brain.

The problem here is that the brain is the seat of the mind, and the human mind is at best a society-mangled doggie that sees the little street corner it does its business on as something worthy of fierce and uncompromising protection.

And the mind, like the doggie, has teeth to do this with. The teeth are the Ego.

Ego – The Haunted Monkey On Your Back

What has love got to do with the ego? Everything. We wouldn’t fall in love if we didn’t need the egoistical gratification of being in love. We pursue (and allow ourselves to be pursued) because the ego wants to either conquer or prove to itself and the world at large that it figures pretty high in the market demand sweepstakes.

The ego DOES figure in the initial sexual yammerings that bring men and women together in the first place, but only marginally.

Getting laid without anyone knowing of it is still better than not getting laid at all, but being in a (drum-roll and fanfare, please) RELATIONSHIP can never be something we want to keep off Page 3 – and the bargaining table – altogether.

What has all this to do with styles? Everything.

The ego is the home of all relationship styles. Our ego is the mutilated bastard child of our past experiences. It spends its entire shelf life either dragging gathered impressions along with it or running away from them. The result? A style.

This style dictates how we relate to our lovers, kids, bosses, friends, the beggar on the street and the doggie baring its fangs at us over its rightful garbage can.

Nature being what it is, our style will first attract others who share that particular can of worms, and then repel them when they start seeing too much of themselves in it. The result? A nuked relationship.

Is there a way out of this? I think there is. I’m reminded of Bruce Lee’s last movie – The Game of Death.
It was a pathetic effort, but it did have a neat message hidden in the mess.

Lee finds himself in a building where every floor is dominated by a master of one particular martial art style. You have your fundamental judo master, then your karate master, then your Tae-kwon-do master and happy stuff like that… all the way to the top.

Lee takes a brief moment to figure out each master’s chosen style before proceeding to turn them into chop suey. It’s just a matter of identifying the style in question, finding its loopholes (EVERY style has a slew of those) and wading in there. His problems begin when he reaches the top floor.

This one is presided over the Man With No Styles (for some strange reason played by yesteryear basketball champ, Abdul Kareem Jabbar). This man keeps Lee at bay easily, because the fact that he has no style offers no loopholes. Old Lee is soon at his wits’ end, but finally does manage to get some key kicks and punches in, to cut Jabbar down to size.

The point is – if you have a style, you’re vulnerable (not to mention predictable). If you base your relationships on a style, those relationships are as screwed as the hides of two equally hungry and savage doggies, who have decided that they’re going to lunch off the same heap of offal.

They’re going to jib, jab, feint and attack, and finally one will find the fatal flaw in the others’ style and lay his guts out for general inspection on the pavement.

Ridding Yourself Of Relationship Styles

If you know your fatal relationship style, sit down with pen and paper one weekend and figure out how you got it. Your ego will scream and whimper in protest. Put it in the garbage can where it belongs, sit on the lid and keep working.

Once you’ve figured out whom in your past you’re getting back at when you tell your boyfriend that he should stop invading your space, or your daughter that she should stop trying to manipulate you, you can drag your style out of its lair and beat it to the death.

How do you relate to others without a style? By the seat of your pants – and that’s always the best way. You take each moment and situation as it comes, tell your natural reactions to take a long hike and instead react in a matter that is appropriate to the moment and the situation.

For instance, your girlfriend will eventually tell you that you aren’t attentive enough to her (they all do at some point in time). When you hear her say the words, something will crawl out from the baggage room where you store your past experiences and impressions.

It may be your long-dead father, reiterating his axiom that women should always be reminded of their humble place in the scheme of things. It may be your sister, reminding you of how she’s always said that you’re a self-centered dork – need any more proof?

Well, your girlfriend doesn’t know you’ve had all those inputs along the way. All she’s said is that you’re being inattentive to her. But there you go, rising up in righteous wrath against the whispering ghosts of your
past.

You turn on your GF and let fly at her every arrow that you’ve ever wanted to shoot your dad, sister or first flame. Or you reach back and shake the hand of your childhood buddy (who’s probably all alone in the world right now, thanks to his exemplary attitude towards women) and say, “Thanks for the advice, Sam – here’s where I use it.”

You shove all those ghosts right back down there and listen to what your girl is saying. And you react from the present moment. YOU react, not some shyster specter from the past. You, without a style based on past impressions, are a fresh, new man… and you will surprise yourself with unsuspected depths of maturity, empathy and genuine caring when you’ve managed to become that.

Because this process takes a while, a person without relationship styles must necessarily wait a long moment before opening his or her mouth before responding to dicey relationship situations. But the end result is pretty good.

The mouth doesn’t fly off the handle so easily. Pride doesn’t yelp like a kicked cur every time the partner criticizes. The hand doesn’t jump as easily to the wallet in an automatic reflex of past guilt or ongoing approval-seeking issues.

Believe me, it’s worth trying out…