Married And Dating: The New Flavour Of Modern Indian Marriages 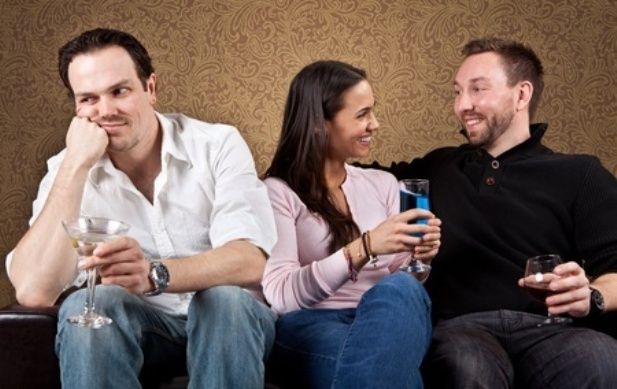 The syndrome which has become really hip and popular today is ‘my wife’s boyfriend.’ Lachmi Deb Roy probes this new flavour of modern day marriages.

Women today have come out of the four walls of the house and have started experimenting with their sex lives. For many years, the issue of extramarital affairs was thought to be a “woman’s issue” – that is, women dealing with their husbands’ affairs.

Today, while large numbers of husbands are still having affairs, there has been a significant increase in the number of Indian wives having affairs.

A recent survey done on contemporary marriages by the Tata Institute of Social Science (TISS), Mumbai, has brought to light the fact that there is a rise in extramarital affairs, and couples know and accept their partner’s paramours.

But the most surprising finding is that more and more married women are looking for love or rather fun outside marriage. With the work place and the Internet, overscheduled lives and inattentive husbands – it’s no wonder more Indian women are looking for comfort in the arms of another man.

There is a subtle point embedded in here as well: women and men bring their best selves to work, leaving their bad behavior and marital resentment at home along with their sweat pants.

These light or intensive flirtations whatever the women opts for give them a self-esteem boost during work hours and don’t rock the boat at home.

Gone are the days when cuckolding was a social taboo. Today globalization has spawned an almost experimental outlook towards sex.

With husbands pursuing demanding careers and having no time for the home, or for that matter sex, it has led to wives looking for adventure outside marriage.

Husbands are also aware of it, because they know that they cannot give them the time. The neglect of their personal life by husbands has led to women becoming desperate for attention and they don’t mind flaunting their boyfriends.

Often we want to hold on to relationships because we do not want to get out of our comfort zone. Even if the marriage is not healthy, we tend to hold on to it for various reasons.

Whether through an open relationship or just a fantasy, looking elsewhere is not the root cause of trouble in relationships. Instead it’s the fact that we crave adventure in our humdrum lives and most marriages fail to provide that.

Many women say that an affair outside marriage has changed their lives for better because they feel desirable in the arms of somebody else.

In this situation looking for love elsewhere tends to be a life pattern triggered by fears (of commitment, of being loved, of waking up with the same person every morning).

Over the years, though the institution of marriage is still alive, there is a sea of change in the relationship between husband and wife. People these days look more for financial security than emotional.

“The love and care is definitely there, but passion definitely dies away with years. From having sex once a week, they have sex one a month or may not even for months together. It is high time we accept the fact that everybody needs variety in their sex life,” says Devyani Rao, a stylist with a leading lifestyle magazine.

In Indian society, people generally have marriages of convenience. According to Mumbai based psychologist, Dr. Varkha Chulani, “This condition of wives having affairs generally arises in 80 percent of marriages today because there is very little communication with each other. For most women, an inattentive husband is the biggest problem, and husbands too have accepted this situation because they refuse to go through the tedious process of divorce.”

While the woman is on the lookout for love outside marriage, she is definitely in no mood to leave her husband. She just wants to have her share of fun.

For women who have been married for many years and for whom the whole life is about taking care of their kids and their house life definitely becomes very monotonous for them. It becomes natural for them to look for love outside marriage, just to spice up their life.

There are several reasons that men accept this arrangement. Firstly, they don’t want to go through the legal hassle of divorce.

Second, after spending so many years of togetherness they get used to each other and just knowingly shut their eyes. Third, it gives the man a green signal to have fun with other women.

What do you think about this controversy? Do you agree or disagree with the findings? Let us know your views.