Marry An NRI At Your Own Risk 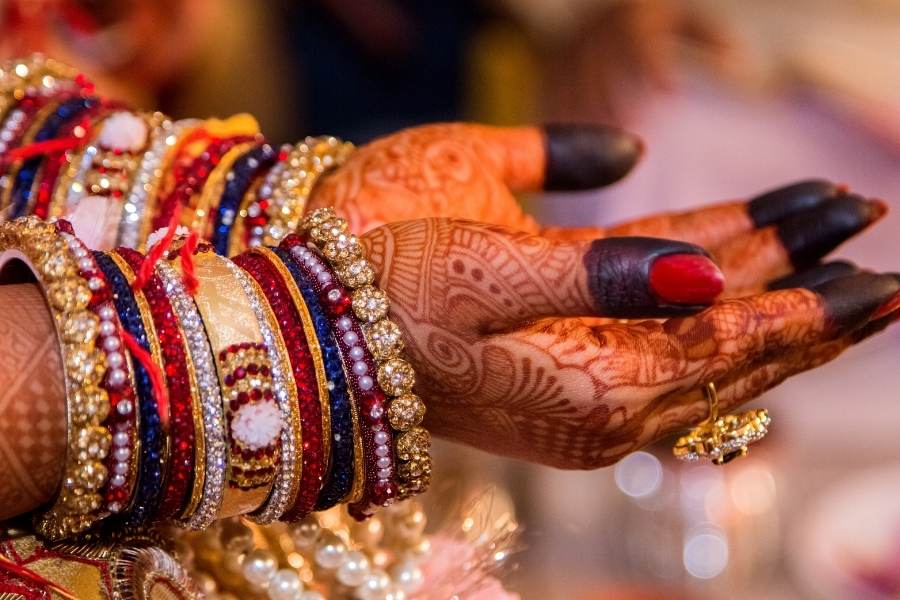 Marriage to an NRI groom makes many Indian women vulnerable to exploitation and abandonment. Can legal reforms end the practice of fraudulent NRI marriages?

The promise of a secure, luxurious life lures many women and their families to opt for marriage to an NRI groom, making them vulnerable to exploitation and abandonment.

As she peeked through her rich and intricately woven maroon and golden veil to catch a glimpse of her husband Manoj, 18-year-old Neeta started daydreaming about the luxurious life that lay ahead of her. The first in her family to go abroad, she thought to herself: “this wedding is a dream come true.”

Reminisces Neeta’s mother; “We thought this was a God-sent match as he was well established abroad. We were happy that our daughter would lead a secure and comfortable life and would enjoy all the luxuries we lacked.”

The family, who hails from a remote town in the Indian province of Punjab, were so impressed with the suave and sophisticated Manoj, that they even sold their ancestral property in the village to meet the hefty $20,000 dowry demand.

After nearly one year of anxious waiting, the divorce papers came along with the news: Manoj had used most of the dowry money to sponsor his longtime Indian girlfriend.

“Where Is My Husband?”

Neeta is not the only one suffering. After waiting for nearly one year for her visa papers, Jasmeet landed at Heathrow airport, eager to start her new life with her husband.

She found him waiting anxiously for her at the airport. Visibly happy to see her, he greeted her with a quick hug and a peck on the cheek. He took her suitcase and passport and asked her to wait while he fetched his car. He never returned.

The distraught bride waited for hours for her husband to return, and, at last in tears, she sought the help of the airport staff. She had no idea of her husband’s address or contact number. She was in an alien country, with nowhere to go, and no one to turn to.

One of the officers took her to the nearest gurudwara at Southhall. The gurudwara authorities tried to locate her husband but in vain. They then, helped her re-apply for her passport, raised funds for her ticket, and arranged for her passage back home. For no fault of hers, Jasmeet was abandoned.

There are hundreds of stories of abandoned brides being reported to the Indian press in the last few years. Still, others go unreported for fear of social stigma. The word NRI (Non-Resident Indian) has in fact, now become a four-letter word, as it only brings grief to the families falling for NRI grooms.

Lies, deceit, fallacious promises and escalating dowry demands are just some of the problems Indian brides have faced, not to mention quickie divorces, desertion and abduction of children. Every year expatriate bridegrooms come to India, from Canada, the USA and other European countries, with the hope of seeking an Indian bride.

A district lawyer from Punjab dealing with at least 400 cases of abandoned women says that many of the NRI grooms come to India for the dowry. “Getting married in India is a means of getting a huge dowry,” says the lawyer. What usually happens, he states, is that these boys come home for a holiday, and under pressure from family to get married to a traditional Indian girl, tie the knot with a girl of their parent’s choice.”

“They get a huge dowry to do so — money that would help them abroad. The brides’ parents even splurge on an extravagant wedding to impress their NRI groom. Soon after the wedding, the groom leaves, promising to send the visa papers for his new wife.

Then begins an endless wait for the bride who yearns to hear from her new husband. The letters go unanswered, and the phone calls stop suddenly. In some cases all the men want is a “Holiday Bride”, a woman to live with while holidaying in their native villages, and with whom they have no intention of ever settling down with.”

There is an alarming increase in the number of girls taken for a ride by fraudulent NRI grooms. Today, it is estimated that over 30,000 women have been abandoned by NRIs in India. Local aid organizations have tried to spread awareness of the potential dangers of entering into matrimony with prospective NRI grooms without proper verification.

A majority of these abandoned brides are uneducated and hail from poor backgrounds. The lure of a lavish lifestyle abroad tempts them to fall into the trap of an NRI groom. A majority of these women end up being tortured by their in-laws, and most have no financial support.

Non-Reliable Indian Grooms And The Law

There is a pressing need for a more stringent legal system as well as for better coordination between India and the United States to curb this social evil. Laws governing divorce are different in each country.

Many states in the US for instance, have very relaxed divorce laws. One can easily get a divorce in less than a week, for just a pittance of $500. It is this loophole that the NRI grooms take advantage of, and swindle large sums of dowry from unsuspecting brides and their families.

At a recently held conference for women and child development (WCD), it was suggested that the existing rules be changed to ensure that Indian laws apply to NRI’s, no matter where they reside.

The committee is also pushing for mandatory certification of marriage on the wife’s passport. This would ensure that if an Indian citizen ill-treats his wife or violates the law, he could be summoned back to India.

Further, the Indian government plans to enter into agreements with foreign rulers whereby, a divorce handed out to an Indian woman by a non-resident husband overseas, would have to be validated by Indian courts. There is also a suggestion under which a potential groom would have to submit his social security number to the concerned authorities. This would aid in tracing him in case of desertion, abandonment or ex-parte divorce.

Several NGO’s in the USA, such as Manavi in New Jersey, Apna Ghar in Chicago and Raksha in Atlanta are doing a lot of good work in this field. Says a co-founder of one of the organizations “Obviously there is a need and all the organizations are totally swamped. Even then this is only the tip of the iceberg.”

Through these corrective reforms, we could hope to put an end to this evil practice of fraudulent NRI marriages.