Modern Love: What Men Really Need From a Relationship 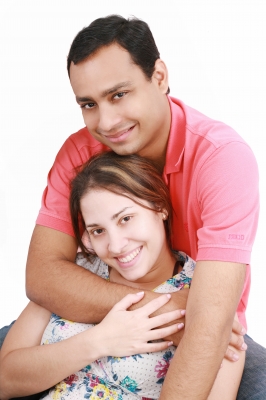 Modern relationships seem to be more complicated than in the past but despite the new ways that we use to communicate with prospective partners, the needs and desires of men and women still have the same fundamental foundations.

Primarily a man is seeking a love-interest and although men don’t always like to admit it, they do often like to love and be loved in return.

Men are particularly attracted to a loving woman and putting aside any short term sexual attraction, if they make a connection with the person who they think is the right one for them, then that man will fight hard to hold on to what he has got.

Not all men are as shallow as to simply only chase after a woman who looks like they have just stepped off the catwalk and whilst looks are part of the initial attraction process, men are seeking a woman who is attractive to them in lots of different ways.

Take pride in your appearance and do your best to look good and you will almost always be attractive in their eyes.

Men like a woman to be feminine, gentle and kind and that is because it satisfies a subliminal message in their brain that you would make a great mother for their children, even though they may not say it!

They are not looking for someone to mother them, as that is an entirely different thing altogether, but if they see a woman who is likely to be a willing sharer in home life, then that is certainly going to make you more attractive to your man if you come across as the perfect woman in his eyes.

Despite the modern dynamics of a relationship in the new millennium there is still an element of the hunter gatherer mentality built into the DNA of a lot of men and they are looking for a woman who will be supportive of their goals and efforts to provide.

They don’t really want a woman who is quick to criticize their behaviour or interfere with their career path by trying to mould them to their way of thinking.

The best modern relationships are when support works both ways and yes men can still be manipulated, but support them and do it in more subtle ways if you are trying to change them in some way.

Most men talk a good game but they are actually often a lot more reserved about sex than we are, and if they find something that they like then they tend to stick to it.

The adventurous sexual appetite that most men are convinced that they possess is not actually there as much as they think it is. Men are really quite conservative in general about sex so expect to take the lead in this department and he will probably thank you for it.

Woman play an increasingly strong role in modern society and it is the men who perhaps have not changed as much as think they have. Sticking to the basics of what has worked in the past to make a successful relationship will probably still work now and in the future.

Krista Joseph is a sex therapy expert of many years. She loves to share her expertise with couples by blogging on the web. To find out how to spark romance in your relationship, visit Simply Pleasure.