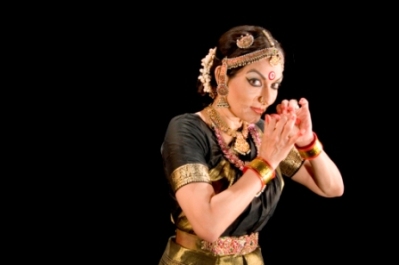 She comes across as a physical manifestation of boundless feminine energy, exuding great inner strength, grace, kindness and compassion. You can call her a Goddess; an embodiment of the unlimited shakti of woman power.

She is also known as Mallika Sarabhai; one of the most creative minds of our times, on this planet. Her multifaceted genius is reflected in various fields, ranging from arts to creative and non-fiction writing, and from entrepreneurship to activism. She is globally renowned as an Indian classical dancer and choreographer, but it is not easy to slot the incomparable force of her creative cascade.

Besides being one of the greatest exponents of Kuchipudi and Bharatnatyam, Mallika is also a writer par excellence on women’s empowerment and other burning social issues, a visionary publisher of a publishing house focusing on illustrated books on India’s arts, culture and literature (Mapin Publishing), an accomplished actress of theatre, television and cinema, a tireless social activist with dreams of a better world thriving in her heart and swimming in her eyes, a politician with a difference, and a super-successful social entrepreneur.

In fact, her unimaginable aesthetic versatility, which can perhaps only be compared to the versatility of Tagore (incidentally, both were born on the same date, 9th May) and Satyajit Ray, in modern India, doesn’t allow her to excel in only one field of art.

“Just dancing, or just doing one thing at a time doesn’t work for me temperamentally,” asserts the great lady. She is compelled by her fountain of creativity to do multiple things at the same time, and it has become almost imperative that she manages to attain the zenith of excellence in whatever she does.

To top it all, at the end of the day, there is a sensitive, unassuming human being whose immense compassion always manages to reach the anguished lives of the common folk.

Mallika, the global citizen, hails from Ahmedabad, from the state of Gujarat. The state, which is famous for being the birthplace of Mahatma Gandhi, is now also infamous for the 2002 carnage; perpetrated by the Hindu fundamentalist forces on the hapless Muslim population.

Mallika is continually anguished by the emergence and growth of monstrous fundamentalism from various quarters of Indian society, and the fervent struggle to restore the pluralistic legacy of India is the cornerstone of her arts and activism.

Her courage and conscience made her take up cudgels against the Narendra Modi’s Gujarat government during the height of Gujarat carnage, and also against the rampant maladministration perpetrated by the same regime.

The Art of Managing

It is interesting to note that Mallika is an alumni of IIM Ahmedabad —probably the most prestigious business school of India — and has a doctorate in Organisational Behaviour from Gujarat University.

She completed her MBA in 1974, when she was just 20 years old, and completed her Phd degree two years later. Normally getting a Phd degree would take three to four years of hard work by most ordinary intelligent individuals. And few of us have heard of anyone getting a Phd degree at only 22 years. One wonders while getting those degrees from renowned institutions whether she knew that she would soon become an institution herself.

However, her heavyweight degrees in the realm of management and organisational behaviour didn’t induce her to climb the pinnacle of corporate ladder, which she could have easily achieved. Instead, her immense passion for dancing and choreography led her to create new history in those fields.

But that doesn’t mean her enviable academic qualifications went waste. Instead of the corporate sector, which is driven primarily by profit motive, she chose to direct her academic expertise and management talents towards creatively managing the Darpana Academy of Performing Arts, a nationally renowned institute known for imparting training in dance, drama, music and puppetry, located in Ahmedabad.

“It was never my intent to sell soap or investments. The degrees helped in disciplining the mind, and facilitated me to look at various angles; to deal with multiple variables. Earning or selling was never part of my paradigm,” states Mallika.

Along with her illustrious mother, Mrinalini Sarabhai, the gifted classical dancer, choreographer and instructor, Mallika has been running the Darpana Academy of Performing Arts for the last three decades. Darpana uses Indian dance, puppetry, music, theatre and television to educate, empower, and raise awareness about the critical issues of today.

The institution serves as an aesthetic haven where artists from all countries, traditions, and walks of life come together to employ art for the betterment of humanity. Mallika is Darpana’s esteemed co-director and has been instrumental in leading the organisation in the direction of direct social change and activism through the arts.

From a small dance academy started over six decades ago in 1949, by Mrinalini Sarabhai and her late husband, the eminent scientist late Vikram Sarabhai (Mallika’s father), Darpana’s stupendous growth as an internationally renowned institution of performing arts speaks volumes of Mallika’s unparalleled aesthetic vision, as well as of her sound sense of management.

To get the rest of this article as a download, please get your free subscription to the Naaree™ Academy for Indian Women Achievers.