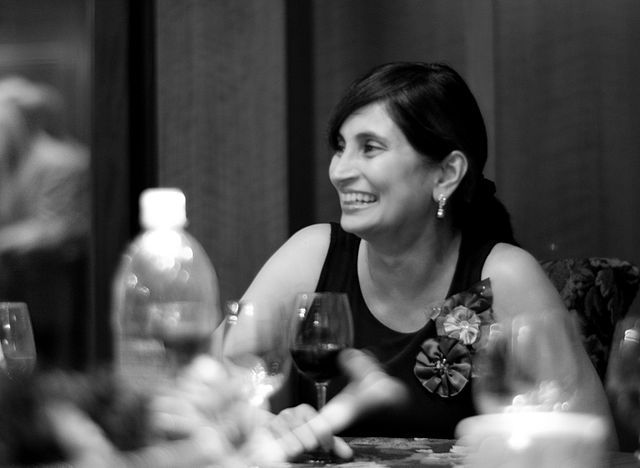 Padmasree Warrior was born in a Telugu speaking family in the city of Vijayawada, which is located in the state of Andhra Pradesh, a state in southern India. Her early education was done in Vijayawada itself in the Children’s Montessori school called and Maris Stella College.

In 1984, Padmasree joined Motorola and stayed with the company for 23 years. As she served the company she was appointed as Corporate Vice President. She also served as the general Manager of Motorola’s Energy Systems Group.

Not only this, she was also serving as Chief Technology officer and Corporate Vice president in Semiconductor Products Sector. In January 2003, she was named as Motorola’s CTO and by 2005 she was made executive vice president.

In 2004 while she was still with Motorola and working as its CTO, it was awarded National Medal of Technology. To present this award none other than the President of the United States was called on to do the honours.

Ms Warrior is also known as the person behind “Seamless Mobility”. Although it was not received well by Motorola marketing presentations, she went on to criticize it in “Bits on my Edge”, her blog. Finally, she had to leave Motorola and join Cisco Systems. In Cisco Systems she joined as its CTO.

She has many feathers in her cap. She was recognized by Fortune magazine, Forbes, The Economic Times. In 2001, Working Woman Magazine awarded her “Women Elevating Science and Technology” award. She was one of the six women chosen on an all India level.

In 2005, she received the honour of being named the eleventh Most Influential Global Indian by The Economic Times. She was also placed in the categories of “highest paid” and the “Young and Powerful” by Fortune Magazine. As of 2014, she is listed as the 71st most powerful woman in the world by Forbes.

Padmasree is married to Mohandas Warrior, and they have a son, Karna Warrior. She is also a Board member of Box, Joffrey Ballet and Museum of Science and Industry.

She also serves on the boards of Chicago Mayor’s Technology Council, the advisory council of Indian Institute of Technology and Cornell University Engineering Council.

In the past, she was a member of Engineering of the National Science Foundation, Advisory Committee for the Computing and Information Science, the Technology Advisory Council for the FCC and the Texas Governor’s Council for Digital Economy.

As if that was not enough she is also contributing as a mentor in the State Department’s International Women Leaders Mentoring Partnership.

Ms Warrior is an amazing role model for all women, and especially to Indian women. She has shown that it is possible for women to excel in the male-dominated field of technology.