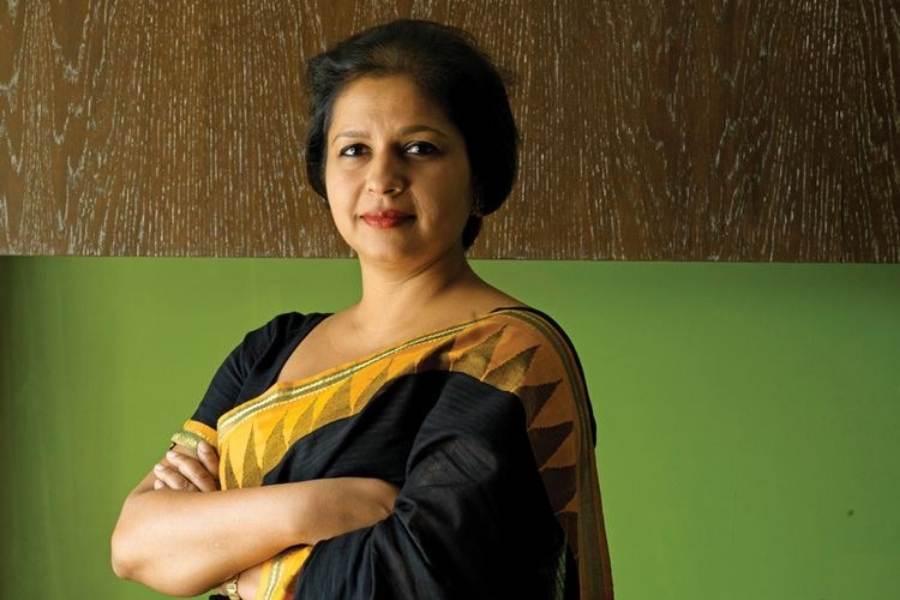 Priya Paul made The Park Hotel chain a name to reckon with in the hospitality industry and is known as the leading lady of the Indian Hospitality Industry.

Priya Paul is the Chairperson of the Hospitality Division of the Apeejay Surrendra Group, which owns the prestigious line of The Park Hotels. She also embraces a multitude of other roles with equal ease and grace.

A successful woman entrepreneur, loyal wife, devoted mother, strong feminist and an active industry supporter, it is clear why she has often been dubbed as the leading lady of the Indian Hospitality Industry.

Some may say that she was born with a silver spoon. The daughter of Surrendra Paul, the founder of the first Park Hotel in Kolkatta, Priya Paul was certain from the tender age of 10 that she was going to grow up to be an entrepreneur. Despite her illustrious lineage, getting there was no easy feat.

Her career decision lay in the hands of her family, who toyed with several industry portfolios including shipping, tea, real estate, construction and financial services before finally settling on the hospitality industry.

A decision, which in retrospection, was the perfect career choice for this creative and sociable woman. Armed with a Bachelor of Arts in Economics from Wellesley College, USA, she returned to India in 1988 to join her father as Marketing Manager of The Park Hotel, New Delhi.

She was only 22. Fate, however, had other plans. After her father’s untimely death in 1990, with just two years of experience in the hospitality industry, Priya Paul stepped in to fill her father’s (rather large) shoes as the Chairperson of The Park Hotel chain and there has been no looking back since.

With this creative young entrepreneur leading the reins, the hotel chain soon underwent a transformation. With a vision of turning the hotel into space where guests did not just stay confined to their rooms but indulged in an experience of luxury and comfort throughout the hotel, she set about creating a hotel that was architecturally unique.

Drawing from her wanderlust and travelling experiences, she managed to create for the first time in India, a hotel chain with sophisticated interiors and decorative themes. Thus, Ms Paul single-handedly pioneered the concept of boutique hotels in India.

Today, The Park Hotel chain is a name to reckon with in the hospitality industry with a nationwide presence in Kolkatta, Chennai, New Delhi, Vishakapatnam, Hyderabad and Bangalore.

The hotels have also won international acclaim with the UK’s Tatler magazine rating The Park Hotel (Bangalore) as one of the 101 Best Hotels Worldwide in 2003.  This, incidentally, happens to be Priya Paul’s favourite hotel.

It is not only her hotels that have won national and international recognition. Priya Paul was named the Young Entrepreneur of the year by the Federation of Hotels and Restaurants Association, India in the year 1999-2000. She was won the Economic Times Business Person of the Year in 2002-2003.

Here are just a few of the roles she has played over the years:

Juggling her many roles as is probably enough to keep anyone’s plate full, but with upcoming hotel projects in Mumbai and other parts of India, there seems to be no task that’s too much for this inspiring and successful business woman in India.

Do you dream about becoming a successful businesswoman or entrepreneur? Learn how to start a business in the Women In Business Community on SHEROES.