Has Social Media Empowered Women In India To Speak Out Against Rape? 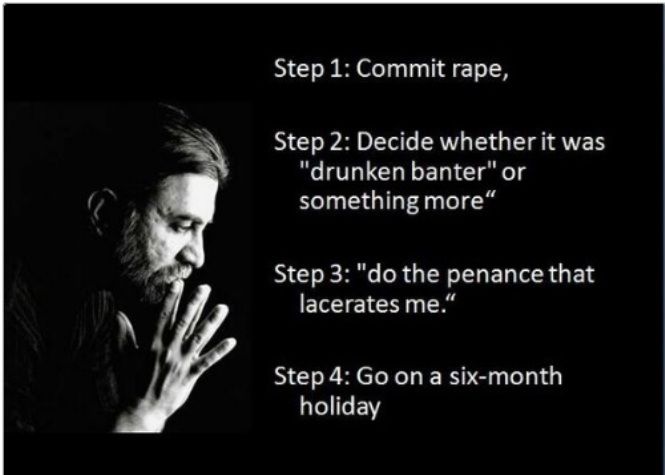 “Only when we are no longer afraid do we begin to live.” ~ Dorothy Thompson, journalist

When I first heard about the Tarun Tejpal / Tehelka scandal – where he molested a female colleague old enough to be his daughter – I was only mildly shocked.

Why? Because it is no secret that powerful men like Tejpal are also powerful sexual predators.

Since the beginning of human civilization, men at the top have abused their power to commit crimes of a sexual nature, with few repercussions, if any.

But what heartened me today was the way public opinion supported the survivor (I shall not use that disempowering word, victim) and the way social media erupted with an outpouring of support, from men and women, alike.

Thank you Tarun #Tejpal for showing us the way. #‎ShameOnTehelka pic.twitter.com/UivcCi7IsE

So, it is especially unfortunate that a woman like Tehelka’s Managing Editor, Shoma Chaudhury, chose to cover up the issue instead of supporting the survivor of the assault.

It was also disappointing that a public figure, like Javed Akhtar, chose to support Tejpal instead of speaking out against him.

But it was also uplifting to note that their stance brought them a great deal of condemnation from social media users.

The bigger crime against Women are ladies which support crimes like done by #Tejpal – and bury the crime. @ShomaChaudhury is exactly that — Maverick LG (@MaverickLG) November 21, 2013

I truly believe that social media has empowered the Indian women in her battle against those who conspire to make her environment less safe for her. It is not that these so-called ‘incidents’ have been happening more of late.

Rape and molestation have been happening to women since the dawn of time, but were always hushed up, especially when there were powerful men involved.

What is most heartening is that women are feeling more empowered to speak up and report these incidents because of a number of reasons, namely:

(5) A media sensitized to the cause of women’s safety

Social media is one of the tools that has empowered women to speak our minds and have our opinions validated by thousands, if not millions, of like-minded people out there.

We saw how social media helped people congregate in protest marches after the Nirbhaya rape.

We saw how it erupted in public disgust and condemnation after Asaram Bapu was charged with rape.

And we will see it lay bare many more incidents where powerful men will be exposed for the perverts and predators they are.

Almost every woman in Indian society has, at some time in their lives, faced unwanted comments, leers or touch from a male, either one they knew, or a stranger.

In the old days, women would not have felt safe speaking out about rape and molestation for fear of the lack of support from close family and friends.

Today they feel safe enough to write about it on their blog, or to file a report at the police station, and speak about it publicly if the police do not cooperate.

It leaves me with a feeling of hope to see that public tolerance seems to have run out, when it concerns perversion and predatory behaviour in Indian society, and that people are becoming more supportive of the survivors of rape and molestation.

”What about the lacerations on the girl’s psyche, Mr Tejpal?” http://t.co/jCx3rWg6Q9

I don’t care who are #Tejpal‘s friends or how influential they are.. Jail every rapist, Saheb ho ya slumwala

There is hope. Today, it is nearly impossible for mainstream media to hush up a Tarun #Tejpal case because of social media, email etc

Front page news in @dna in Mumbai about the impact of social media in #tejpal case. pic.twitter.com/8q3evWKvFa

In an age where whistleblowers are elevated to hero status for exposing the more sinister elements of our civilization, social media has become a very important tool to bring justice to those who need it most.