5 Compelling Reasons To Start A Facebook Group For Your Business 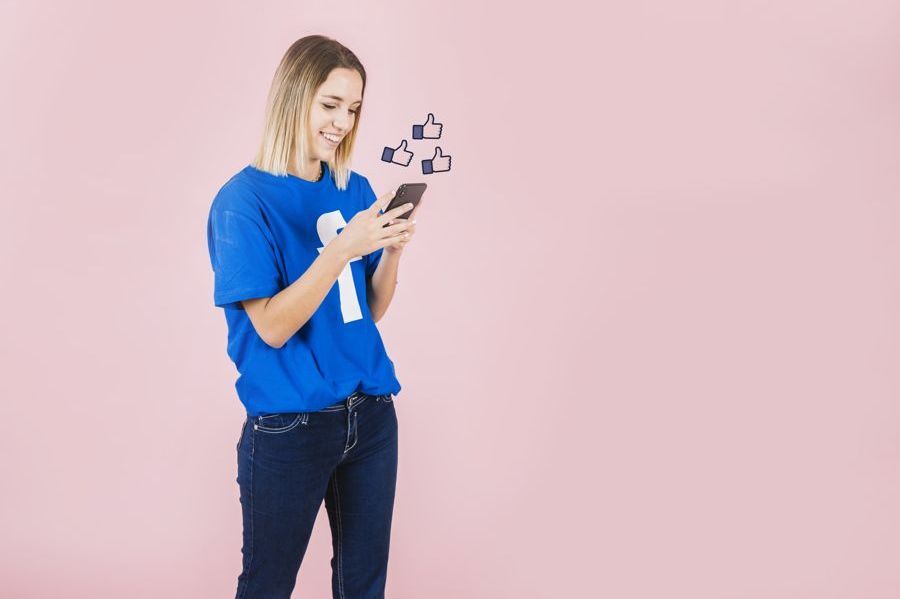 In this article, I discuss why Facebook is still relevant to your business and why you should be using the Swiss knife of marketing tools – Facebook Groups.

It’s 2020 and many businesses are starting to believe that Facebook is losing its magic touch as it’s become increasingly hard to reach their customers on that platform.

During the second quarter of 2020, Facebook reported almost 1.79 billion daily active users (DAU).  It’s still the largest social network by far, and an important way of reaching out to your customers, especially in the business to consumer (B2C) segment.

By 2023, the number of Facebook users in India is expected to reach 444.2 million, up from 281 million in 2018. Although the organic posts from Facebook pages reach just 5.5% of Page followers, Facebook Groups are rocking and Facebook is giving group owners a lot of new features to use.

5 Compelling Reasons To Start A Facebook Group For Your Business

In this article, I discuss why Facebook is still relevant to your business and why you should be using the Swiss knife of marketing tools – Facebook Groups.

There’s simply too much content being published on Facebook, making visibility in the News Feed increasingly competitive, says Hubspot. And this applies even to massive pages with a huge number of fans. In fact, the more fans you have, the fewer will see your updates.

Also, Facebook now prioritises content from people you know, rather than brands and company pages. So you’re more likely to see content from your family and friends than from Facebook pages you’ve liked (which is how it should be on a social network).

For brand pages, Facebook has now become Pay-to-Play. That means you have to shell out money for Facebook ads if you want to boost the reach of your page posts.

Facebook’s mission has changed to focus on the activity levels of users and to support the most active so that they can keep building the digital spaces that draw in the masses. Their new mission is to “give people the power to build community and bring the world closer together.”

Facebook announced that an important part of delivering on their new mission was supporting Group admins, who are the real community leaders on Facebook. In fact, Facebook Groups are the new hub for communities on Facebook and many brands are taking note.

Facebook believes in groups (or communities, as they prefer to call them) so much that they have created a playbook for communities where you can learn the best tips and tools for starting, managing and growing your community.

Groups are one of the fastest ways to grow a Facebook community based around common interests and, based on how fast your group is growing and how often you update it, Facebook will recommend it to others with the same interests.

You won’t have to spend any money to grow your group and group posts get much better organic reach in the newsfeed than brand page posts. In fact, we were able to grow a group for Women Working From Home In India to over 15,000 members in just a couple of months with zero advertising spend.

3. A Facebook Group Can Become Your Brand’s Focus Group

A Facebook Group “segments the audience into a self-selected contingent, which is extremely valuable for brands, especially larger ones. In much the way that targeted paid Facebook ads do, posts within a Facebook Group reach a specific, segmented audience.”

You can use this super-targeted audience as your own personal focus group by creating a Facebook poll in the group to find out what they’re interested in and even doing a soft-launch of a new product or service to get feedback and make improvements.

The Group Discover feature shows Facebook users recommendations for Groups they can join based on their friends, location and interests, so creating a Facebook group around a specific interest or topic can attract Facebook users interested in that topic.

However, it pays to choose your topic and group name carefully. Don’t be overly promotional in your group name or it may repel users. Some of the largest Facebook groups are based around a cause because people generally want to be a part of something larger than themselves.

Creating a group around a cause or a topic that people are passionate about can work brilliantly, as long as it ties in with your brand and message, and your branding is subtle.

4. You Can Build A Community Of Super-Engaged Followers

Facebook Pages are a monologue, whereas Facebook Groups are a dialogue. They can give brands a way to reach out to each person in their community on an individual level.

Your Group can be super-engaged as long as the admins and moderators make the effort to build a lively community. You can make use of a number of tools to boost engagement, such as announcements, events, video, polls and social learning units.

Trainers and coaches can use the Social Learning Units feature to help followers learn new skills by creating an agenda or curriculum and tracking the completion of posts.

Make sure you write a comprehensive description for your Group and add a link to a landing page with your opt-in form to build your subscriber list. Offer a lead magnet to entice your members to subscribe to your list.

Lay down a set of rules for engagement in the Group, depending on the objectives you want to achieve. State clearly what sort of posts are and aren’t allowed and what will get users banned.

To create anticipation for your posts, it’s a good idea to have a calendar for the week so that your followers know what to expect or how to engage on specific days.

For instance, you can post videos on Thursday (one of the best days to publish to Facebook, according to Coschedule), start sharing threads or allow members to post ads on Friday – another day with the highest engagement – and even allow a member to take over the Group for a day.

If you’re wondering, “Can I create a Facebook Group from my business page?” the answer is, Yes! Facebook has now allowed brand Pages to create their own Facebook Groups and link the two, allowing brands to tap into the audience they’ve already built with their page.

If you already have a following on your Facebook page, you can invite a limited number of Page fans to join your Group every day and make your Facebook Group bigger that way.

Facebook has also rolled out Group-to-Group linking, which allows Group admins to recommend similar or related groups to their members. You can use this feature to collaborate with other groups based on similar themes and get found by their members.

The Group Insights feature allows admins to see real-time metrics around growth, engagement and membership — such as the number of posts and times that members are most engaged.

Facebook has also introduced a subscription feature that will allow group administrators to charge members for exclusive content, however, Subscription Groups are currently only available to certain groups in certain regions.

Subscription groups are groups where members pay a monthly subscription fee to join. You can share exclusive content such as videos, tutorials, online courses and advice with your community of subscribers.

In order to qualify for a subscription group, you must be an admin of a Facebook group and comply with the Partner Monetization Policies. You will also need to provide tax and payment information during the setup process.

After several people in India were arrested for their comments on Facebook or Twitter, sparking outrage, the Supreme Court, in March 2015, struck down Section 66A of the Information Technology Act, which allowed police to arrest people for “offensive” comments on social networks and other internet sites.

However, in May 2016, the Court ruled that under sections 499 and 500 of the Indian Penal Code, defamation is a criminal offence and that the criminal provisions of defamation are constitutionally valid.

Defamatory acts can include “words either spoken or intended to be read”, signs or visible representations, which are published or put up in the public domain. The offence is punishable with up to two years imprisonment, a fine or both.

This is especially concerning since Facebook Group admins are legally responsible for the content being shared in their group, and they do have some control over who joins their group and what content they share.

Facebook has control tools available for Group administrators and moderators so you can remove content that does not adhere to your group rules. You can also flag content based on common keywords that you prefer to avoid in your group.

Group admins can moderate posts before they are shared in the group, and shut off comments on individual posts. However, it’s always a good idea to have a few moderators managing the content on your Group, and responding promptly to content flagged by members, to prevent obscene, hateful or defamatory content from being shared.

It is advisable to use features such as Membership Request Filtering, which allows admins to sort and filter membership requests on common categories like gender and location, and then accept or decline all at once.

With the Removed Member Clean-Up feature, admins can keep their communities safe from bad actors, by removing a person and the content they’ve created within the group, including posts, comments and other people added to the group, in one step.

I hope this list of reasons to start a successful Facebook group for your business has inspired you to use one of the best and most effective Facebook marketing tools in 2018.