The Benefit Of Daily Meditation In Stress Management For Women 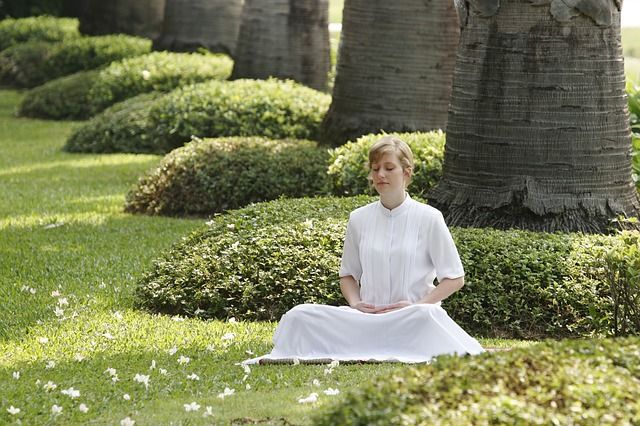 Today we live in a fast-paced world. Things happen so quickly that more often than not, we do not have the chance to react to the things thrown at us. We somehow lose the ability to think things over in favour of lightning-quick decisions.

But it shouldn’t be so. Every one of us needs to slow down a little from time to time and be calm. Otherwise, stress will build up and will affect how we deal with the people around us, not only in the workplace but also at home.

The practise of meditation is a way for us to be still for a while and let our minds become focused until we become calm enough to deal with the daily pressures of life.

The Origins of Meditation

The practise of meditation has been around for several millennia. Although there are no recorded texts which would point exactly when this practice started, several ancient civilizations became the cradle of today’s meditation practices.

India particularly is hailed as the proponent of meditation as an organized practice. Over centuries, many Hindu scholars have written about meditation, from the ways of doing it to its benefits.

Some of the well-known Hindu texts include the Vedas and the Yoga Sutras which was written by Patanjali. But no one has arguably been more influential in the world of meditation than Siddharta Gautama, otherwise known as Buddha.

In 500 BC, he achieved enlightenment through the practice of meditation. His influence spread throughout Asia and eventually the whole world.

Some may think that meditation is a completely religious practice. While it is true that a lot of religions, especially Buddhism, consider meditation an integral part of their practice, it is not necessarily the case.

In fact, more and more people who aren’t necessarily religious get into meditation. While the East has been practising meditation for several centuries already, the Western world picked the practice up much later.

In fact, it was only in the mid-20th century when meditation became a popular practice among Westerners. Today, more and more meditation centres and organizations are cropping up in the West.

While meditation used to be intertwined with religious practices, a good number of Western meditation centres are stripped of this spiritual aspect.

It uses evidence-based practices and principles to help you draw upon your inner resources for greater health, balance, and peace of mind.

The benefits of meditation have been known to humans ever since it was first practised several millennia ago. This article will discuss some of them in detail and will outline the mental as well as the health benefits of this practice.

Since meditation helps calm the mind and relax the individual, it helps a lot in reducing stress. This is usually achieved through the breathing exercises that form a part of the practice.  Stress reduction is one of the main reasons why people take up meditation.

More than three decades of scientific research at medical centres all over the world suggests that training in mindfulness can positively and often profoundly affect participants’ ability to reduce stress, pain, illness, and medical symptoms

There are already documented cases where meditation was shown to have helped in curing an illness.

A landmark study is the one done in 1976 by Australian psychiatrist Ainslie Meares which was published in the Medical Journal of Australia. The study documented how a patient’s cancer regressed after sessions of intensive meditation.

Meditation is also known to lower blood pressure levels, which is beneficial to patients who are at risk of hypertension and other heart-related conditions.

One practice in meditation involves focusing on a particular object such as candlelight or reciting a mantra. Doing activities like these have been shown to improve a person’s concentration.

Another aspect of meditation is the ability to take things as they are. This helps a lot in reducing a person’s frustrations over things that she cannot control.

People who will surely benefit from this include those who are undergoing anger management.

People practice meditation for a variety of reasons. The benefits to people’s mental well-being were and still remains as one of the central aspects of meditation.

While it helps us attain stillness and mindfulness in this fast-paced world, other people meditate for health reasons and to attain a higher state of consciousness.

So if you think that life is stressing you out, it’s probably time for you to slow things down a little bit.

Your mind is probably too distracted with so many things to consider and to think about. Meditation can help you calm down and let you be stress and worry-free.

Priya Florence Shah is the publisher of Naaree.com and the author of Devi2Diva, an emotional self-care book for women. In the book and online course, you’ll learn how to throw off the shackles of your own limiting beliefs, come into your power and design your destiny.