5 Successful And Inspiring Women In The Indian Film Industry 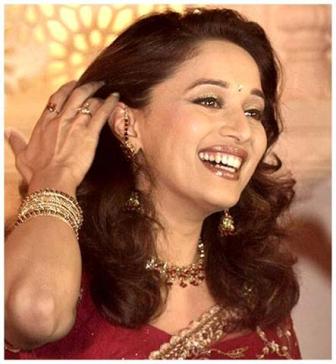 Women in India have enjoyed success in a variety of fields in the last two decades, and entertainment is certainly not an exception to this.

Whether in cinema, theatre, or TV, their contribution has been astronomical, and we have come to love so many of them for their creativity, brilliance and style.

Here are some Indian women who have really made their mark in the entertainment business, and command our admiration and respect for their achievements.

She’s been in the news for more than just dishing out melodramatic soaps. The media writes about everything from her eclectic dressing sense, to her status as a single woman.

But this woman who is the Creative Head of Balaji Telefilms, with her no-nonsense go-getter attitude has really revolutionized Indian television viewing.

Kapoor’s company has produced more than 25 TV shows and some notable films to date, and she manages to hold her position as the queen of TRP ratings.

For her excellent entrepreneurship, she was awarded the Ernst and Young Startup Entrepreneur of the Year Award in 2002. Her popular TV shows include Hum Paanch, Kyunki Saas Bhi Kabhi Bahu Thi, and Kahani Ghar Ghar Kii.

She waltzed her way into people’s hearts with Tezaab in 1988, after her debut in Abodh (1984) crashed badly.

From then there has been no stopping this dancing diva of Indian cinema. Trained to be a microbiologist, she has made her mark in Indian cinema as few other actresses have.

Her popular films include Dil, Beta, Saajan, Hum Apke Hai Kaun and Devdaas, and in these films, she has also given some very notable dance performances.

She has won the Filmfare Award for Best Actress in a leading role 4 times, once for a supporting role (Devdaas) and a Special Award for completing 25 years in the film industry.

Her film Aaja Nachle which released in 2007 after a break following her wedding, didn’t do exceptionally at the box office, but Dixit’s performance was lauded by critics and cinema-goers.

In 2008, she was awarded the Padma Shri, the fourth-highest civilian award, by the Indian Government.

This dynamic director is best known for her films Fire, Earth and Water (the Elements trilogy).

After her directorial debut with Sam and Me in 1991, she has directed 9 films, with a few more releasing in the near future.

While her films are not box office friendly money-spinners, they have won a lot of critical acclaim and deal with issues that are very relevant in today’s world.

Her first film, Luck By Chance was extremely well received by critics, and her second film Zindagi Na Milegi Dobara was a huge hit with cinema-goers. Being from a family of illustrious icons in cinema, Zoya Akhtar is here to stay.

Having studied film production at the New York University Film School, she has worked on commercials, co-directed a music video called Price of Bullets and also worked as a casting director for films, apart from her role as a director.

This meticulous director is a classic example of the intelligent film-maker.

If we watch the film credits beyond the first few names, we all have seen Zarina Mehta’s name as “Executive Producer” or “Producer”.

The Chief Creative Officer of UTV Broadcasting, and one of the three founders of United Television (UTV), she is a silent figure behind the scenes.

“We have built our reputation and success on cutting-edge creativity,” she says.  Over the past year, Mehta has also been leading the creative department of UTV Interactive, the new media division.