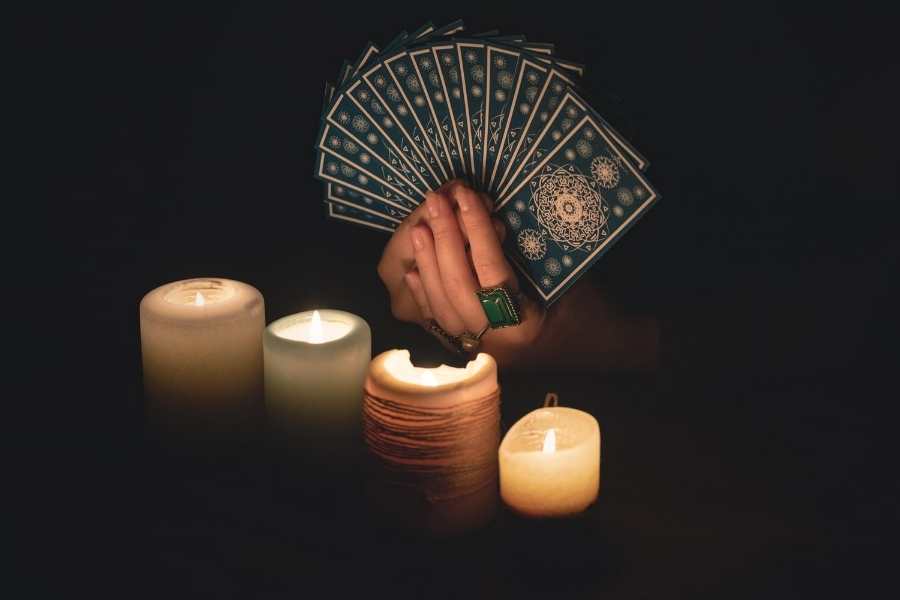 “Looking inward and using an intuitive approach does transform life. Being true to oneself often gives an answer,” states Dr Roopa Patel, author of Experiencing Tarot – The Art Of Healing.

Dr Roopa grew up in an environment where routine discussions of ‘Bhakti Marg’ and ‘Gyan Marg’ took place at the dinner table. Being a sceptic herself, she really worked hard to test the truth the tarot made known.

She was introduced to the tarot owing to some friends who gifted her a deck of tarot cards after returning from a European holiday. “There was something about the cards, which affected me deeply. I felt connected to them. I was intrigued,” adds Dr Patel.

Early on during the ’80s, the tarot was totally unheard of. There were very few who managed to take a glimpse of the deck. Even Dr Patel just had a fleeting idea of what the tarot was. She got a grasp of the tarot religiously following the information and workbooks her relatives regularly sent from abroad.

Over the years of readings (and referring to the records she made in the past), she mastered the art of the tarot. The book ‘Experiencing Tarot – The Art Of Healing’ is Dr Patel’s first book on how the tarot can be used for healing. The book records a journey from scepticism to belief in esoteric sciences.

The Birth Of A Book

Dr Patel had been practising the tarot for 25 years. She has also been providing for interpretations of various zodiacs with numerous publications.

The moment Dr Patel retired from the British council, the idea of writing a book on the tarot blossomed anew. She fondly reminisces how, Satya Saran, the former editor of Femina magazine, used to come to her residence with sack-full of letters from modern urban women.

Back in the years writing a book on the tarot was suggested to her by a younger colleague at the British Council. However owing to the various pressures at work and at home, the suggestion was just put away on the shelf.

The first book that Dr Patel has ever written gives us insight into the history of Tarot. It unfolds the mystery and myth of the deck, and also how the tarot connects to New Age Esoteric Sciences.

The tarot unravels the truth of how spirituality and creativity are closely linked. Some of the case studies in the book lay emphasis on when and how the tarot works or doesn’t work. Last but not least how is the tarot used to heal.

Dr Patel strongly believes that every human being is born with a certain outline of how things are going to progress in their life. But there are several ramifications that take place owing to the action we take, and the reaction we receive from the same.

What The Book Reveals

The tarot only guides us to take the right course of action, in order to overcome the obstacles that are posed to us. For instance, if the tarot reveals an illness to the person who is taking the reading, however hale and hearty the person is, it is necessary for him or her to get a check-up. This way we are more prepared to combat the problem.

The tarot works through the unconscious mind. The symbols of the tarot are the symbols of the universal mind. Hence with the help of these symbols, the reader is able to gauge the condition of the immediate environment around the person who is taking the reading.

The tarot reader translates the proceedings of the subconscious mind and brings it to the conscious level for the person taking the reading.  “I strongly suggest to my readers to be very honest with the tarot, if they want an accurate solution to their problems,” says Dr Patel.

The tarot is often misunderstood as a predictive tool to determine the future of a person. But actually the tarot is used to heal. The positive ripples of energy that is provided, spread positivity within you that progresses in the environment.

This, in turn, enables one to view the problem with ease, and solve it, rather than brooding over the same. The healing property of the tarot; decrease the intensity of the problem.

A quote from the book states, ‘Healing is about cultivating the right understanding and knowledge. Tarot and other esoteric sciences can, through meditation and exercises, heal your past and the scars that distort your thinking. They can help you to see situations as they are, to know and take the right action.’

The Sakshi Art Gallery in Mumbai opened to the launch of the book, and also an interesting body of artworks by the Singh Twins. The collaboration in earnest shows how the proceedings of the subconscious mind and creativity go hand in hand.

The Singh Twins from London, have given the tarot a fresh perception, embodying the Indian aesthetic of the miniature art form. In terms of iconography and meaning, they have tried hard to stick to the symbols of the Rider Waite Tarot deck.