The New Indian Woman: In Love With Life

The latest issue of “The Week” magazine, profiles the New Indian Woman, as one who lives life on her own terms, is answerable to no one for her choices and is learning to take care of her own needs. 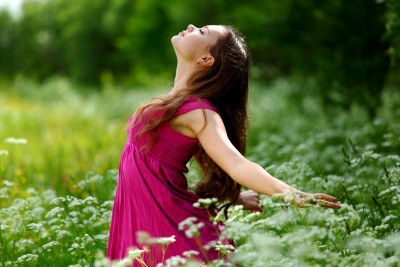 Call it serendipity, but on the eve of launching this portal and magazine for the new Indian woman, I came across the latest issue of The Week magazine, which profiles the New Indian Woman , as one who lives life on her own terms, is answerable to no one for her choices and is learning to take care of her own needs. Sounds a lot like moi, doesn’t it? 😉

Some quotes from the article here:

Meet the new age working woman-fiercely independent, ambitious, focused and fun-loving. Financial independence and the need to create an identity of her own drive them to successful careers.

“If you are educated and independent, then you are capable of taking care of yourself.”

The present generation’s ‘me first’ attitude is supported by their mothers who still preach, not about boys and pre-marital sex, but about speaking up against unfair treatment. No more of the ‘we put up with it, so should you’ philosophy; now it is ‘we could not do it but you should’. “Parents are the first ones to tell their daughters to react and not take anything lying down.

“It’s not being self-centred, it is about self-happiness. If I am not satisfied, how do I keep people around me happy?”

That’s the new age woman for you. No more being apologetic about being ambitious, no more being guilty about placing herself first, no more being coy about bad marriages and relationships. The horizon has been captured, now it is time to look for greener pastures.

Today, a 27-year-old banker will not budge an inch on her personal commitments for professional reasons and vice versa while a 26-year-old would rather stay single than marry a man she is not sure of, so what if she lived with him for two years?

If, today, the glass ceiling has been shattered and women are accepted as equals in the working world, it has taken a lot of persistence and effort.

Today’s women have found a way to maintain the personal-professional balance: they delay marriage or just drop the idea completely.

The truth also is that professional success frees the woman from financial dependence, giving her a greater bargaining power in the relationship.

The article also talks about how the Indian male is yet to catch up with his partner’s liberated attitude, and how he still resists the idea of a wife who earns more than him and chooses her career over staying home with the kids.

The man, on his part, is still struggling to come to terms with this new woman who is no longer seeking his approval and when confronted with the classic ‘it’s my way or the highway’ chooses the highway.

It features interviews by ad-man, Prahlad Kakkar, who exhorts Indian men to grow up and break away from their mother’s apron strings. Whether they take his advice remains to be seen.

Great coverage by The Week! Do pick up a copy at your news stand. And keep coming back for lots more information on these issues here. 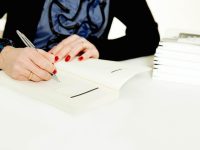 How To Write A Book And Leverage It For Personal Branding 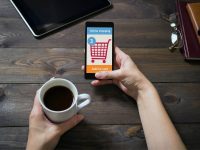 Finding A Job Out Of College: 5 Steps To Achieve Your Career Aspirations

Mastermind Leader, Rupa Patil, On Being A Business Coach For Female Entrepreneurs

Looking For A Job? Take These 7 Baby Steps To Find A Job Without Overwhelm