Medical Tattoos For Vitiligo And Leukoderma 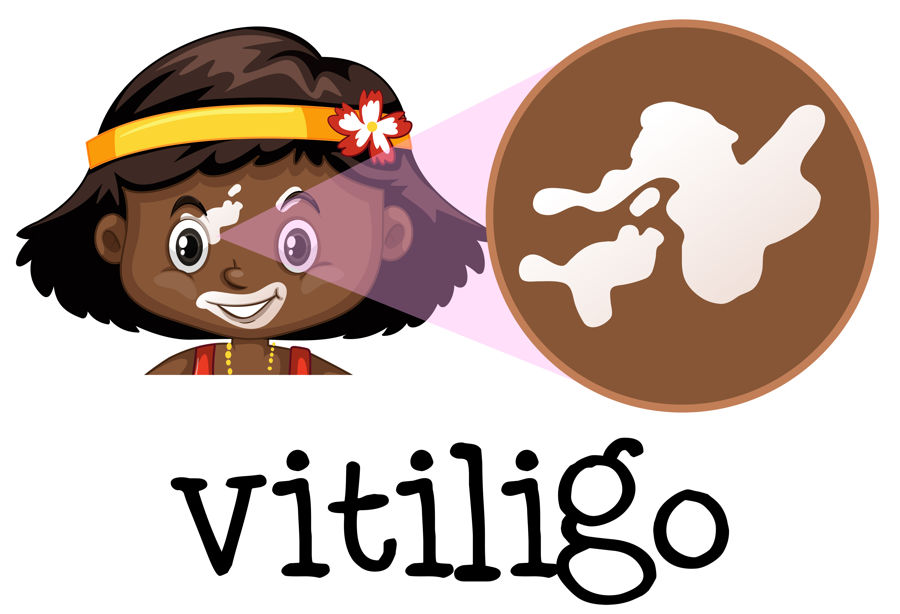 New treatments in the form of medical tattoos for vitiligo and leucoderma, can be used to camouflage skin pigment loss caused by these conditions.

Leucoderma and vitiligo are no longer a reason to panic. New treatments in the form of therapeutic skin-coloured tattoos, can be used to camouflage patches caused by loss of skin pigment, reports Pallavi Bhattacharya.

Imagine a young, unmarried girl waking up to find a white mark on her forehead. The mark spreads into a patch. Though matrimonial proposals are flooding in everything comes to an abrupt halt as soon as people see her white patch.

Many prospective in-laws mistake it for leprosy. Her mother and aunts chastise her for having drunk milk with fish, onion or pumpkin; thereby causing leukoderma. Little do they know that this diet can never cause leukoderma, the causes lie elsewhere.

Her maid refuses to clean her room or come near her as she thinks it is contagious. The girl may be totally unaware of the fact that the pigmentation loss from the forehead has been simply caused by an allergic reaction from the gum of the bindis she wears.

Though leukoderma is just a cosmetic blemish, it is erroneously believed to be a dreaded disease and ruins the lives of many Indian women, especially if she happens to be young and unmarried.

The truth is that there is no need to panic. Instead, try and understand the disease, its causes and treatment. Be aware that there are new treatments in the form of therapeutic skin-coloured tattoos, which can be used to camouflage patches caused by leukoderma.

“To put it very simply, leukoderma is the loss of pigment from the skin, making it milky white. There are two types of pigment loss. The first type of pigment loss is because of some kind of allergy following chemical insult, scratch mark or a breach in the continuity of the skin.

For instance, if you fall down you will have a scab formation. When the wound heals there is a lack of pigmentation in that area. That is called hypopigmentation. But leukoderma is depigmentation or complete loss of pigment.

Leukoderma is a general term. The medical term is vitiligo. There are two types of white patches. The first type, leukoderma, happens following a chemical change. For instance, rubber chappals have an ingredient that causes a chemical reaction on the skin resulting in pigment loss.

Pigment loss with a cause is called leukoderma. If pigment loss happens without any identifiable cause or is genetic it is called vitiligo. Generally, leukoderma responds faster to treatment as it is just that melanocytes (melanin/ pigment-producing cells) have become dormant and therefore can’t produce melanin (pigment).

These cells will produce melanin soon after being cured. Leukoderma having a specific cause can be easily treated once the offending factor is removed. The most common form of leukoderma is from the bindi gum, footwear (chappals during the rains) and rubber wrist bands.

Vitiligo generally sprouts on specific body parts like the fingers, toes, lips, mucous membrane or anywhere on the body. It can be localized or generalized. It is more difficult to treat vitiligo than leukoderma.”

Therapeutic tattoos for leukoderma and vitiligo

Dr Kalpana Sarangi fills up the patches caused by leukoderma and vitiligo with therapeutic tattoos, which are similar to the colour of the skin of the person concerned.

However, the therapeutic tattoo can only be done if the disease hasn’t been spreading for the last six months and is therefore stable.

So, first, you should be under medication to arrest the disease and receive positive results. Also, anyone who is diabetic has an infection in the depigmented area, has a pacemaker or is HIV-positive cannot get a tattoo.

Tattooing is a quick process. One square inch of the skin just requires 30 minutes to tattoo. Only a local anaesthetic cream is used. One shouldn’t wash the tattoo for seven days or wash it sparingly.

Also one must take care to avoid infections during the tattoo healing period. If there is an infection there will be scab formation and the whole tattoo will come out. Antibiotics and anti-inflammatory medication are prescribed for a week post-treatment.

Skin grafting is yet another way of treating leukoderma and vitiligo patches. The skin is taken from the buttocks or the thighs.

Skin grafting is a more effective way of treating these white patches and also more expensive than tattooing. So one can choose tattooing or grafting based on what she can afford.