Tooth Decay Causes: Why Oral Bacteria May Not Be The Main Culprit 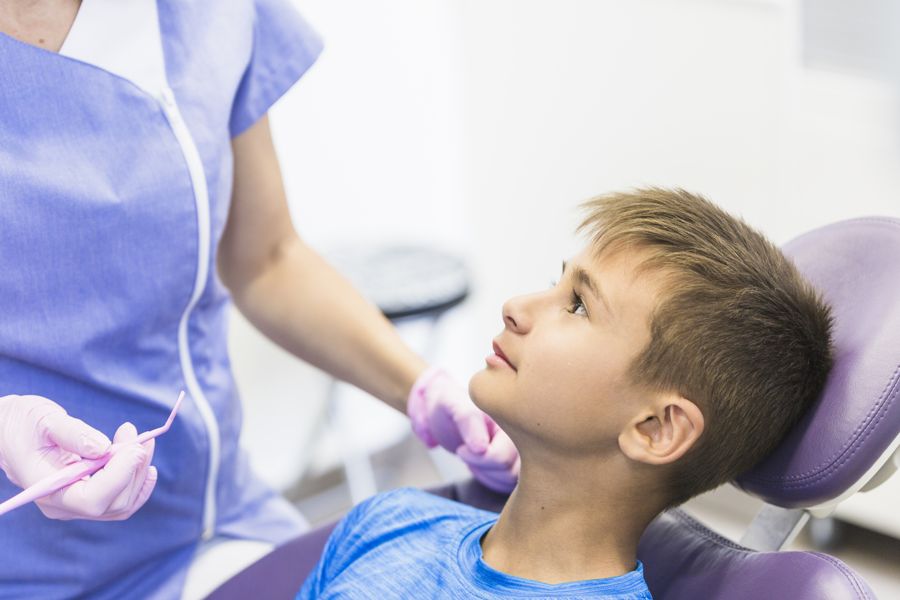 What your dentist would probably say about tooth decay

It is usually believed that if you eat too many sweets containing sugar over time, the bacteria in your mouth and on your teeth get high on sugar. They will start growing as a community in a biofilm (plaque, i.e. the white goo that you can scratch from your teeth if not brushed for 1 day).

Dental plaque is a substance the bacteria living on tooth surfaces make to protect themselves. Then the bacteria in the biofilm, when not actively removed by brushing or flossing, produce acids resulting in an environment with low pH that over time will lead to the formation of a cavity.

This has been the way of thinking for over several decades. Research undertaken during the last 20 years, suggests that there is a systemic effect of sugar on human physiology.

And that this effect is more important than the local effect of sugar in the mouth when it comes to the formation of tooth decay. There is already solid research showing that refined sugars or even carbohydrates with high glycemic index cause systemic inflammation.

In fact, it is established that high spikes in insulin level are associated with high systemic inflammation and many other diseases. Now, what if the inflammation in the whole body could affect your teeth as well?

Teeth Have Their Own Outward Fluid Flow

All body organs are guarded vigorously by our immune system. Cells of the immune system surveil our tissues for intruding organisms and would either attack and kill the invaders (bacteria. virus, fungi) or push/flush them out of the invaded tissue (like intestines) or a combination of both.

So why would not our teeth have some kind of protection against bacteria trying to dig their way into the tooth structure? Is it not biologically plausible that teeth have a mechanism to push back the bacteria and to block their way in?

Even though the dominating school of thought in dentistry does not acknowledge the former, several studies support the latter notion to a degree.

In the 70s, there were two researchers named Dr Ralph Steinman and endocrinologist Dr Leonora who showed that healthy teeth have an outward fluid flow.

The fluid would slowly move from the pulp (centre of the teeth where the nerve and blood vessels are located) and all the way to the surface of the teeth. The phenomenon was called dentinal flow transport (DFT) by the two researchers.

When Dentinal Flow Transport (DFT) Is Halted Or Reversed

After many years, other researchers confirmed that the systemic effect of sugar on DFT starts with the hypothalamus (Fig. 2), which governs excretion of a hormone in the parotid gland (the largest salivary gland) called the parotid hormone.

This outward flow was shown to get halted or reversed upon intake of sugar. This means that every time you eat sugar, the excretion of parotid hormone is either reduced or halted. As a result, the outward fluid flow in the teeth stops or is reversed.

At the same time, bacteria starts invading the dentin layer of the tooth by digging into the tooth structure by their acid promoting inflammation and breakdown of the dental hard tissue.

Therefore, when there is no defence against low pH (due to inflammation), reduced nourishment to the dentine and reduced outward fluid flow, the inflammation in the dentine will do much more damage and will promote more rapid cavity formation.

Other Substances Or Factors That Promote Tooth Decay

In recent years after the discovery of parotid hormone, there have been investigations into what other substances that promote reduced production of the parotid hormone in the blood.

There are many indications that substances which stimulate the sympathetic nervous system (nerve pathways responsible for stress or fight/flight reactions) which is controlled by the hypothalamus, fit this pattern.

For example, it is suggested that the drug methamphetamine, which is a severely potent sympathetic activator, can cause severe tooth decay.

The term “meth mouth” is something well known among health care providers for drug addicts. Users of this substance experience tooth decay much more severely or pronounced than any other substances and with faster progression rate of decay.

The years-long research by Dr. Ralph Steinman and Dr. Leonora also confirmed that rats that were subjected to severe stress, show a much higher degree of tooth decay.

How To Put The Brakes On The Process Of Tooth Decay

So, for many years, the advice we have received from our dentists has been three things: adequate hygiene (brush and floss) every day, reducing sugar intake and use of fluoride.

This pretty much covers every aspect of the formation of tooth decay. However, in this article, we are here to suggest an addition to this routine.

For the last decade, there has been a significant amount of research done on vitamin K2 (menaquinones). This is a form of K-vitamin which has been shown to have other biological functions that its sibling vitamin K1 (phylloquinones).

Vitamin K2 is mostly a bacterial fermentation product. It is also well known that K2 is mainly stored in the parotid gland and the pancreas. For that reason, this vitamin has been a very interesting subject in research in dental/oral pathology as well as diseases like diabetes.

When it comes to the role vitamin K2 plays in oral/dental health, there have been many individual reports claiming a significant reduction of dental calculus/tartar and plaque accumulation on teeth. The suggested theory behind is that K2-vitamin is a potent antioxidant.

The potent antioxidant property of vitamin K2 is suggested to restore DFT through its effect on the hypothalamus, hence making the teeth more resistant to decay-causing bacteria. Increased DFT in turn reduces the inflammation in tooth structure during cavity formation.

On the other end, vitamin K2 is recognized as one of the main orchestrators of calcium/mineral deposition in the body. In other words, vitamin K2 is strongly suggested to lead the calcium from where it is not supposed to be, into bones and teeth. This is a well-known effect of vitamin K2, especially medically utilized in Japan.