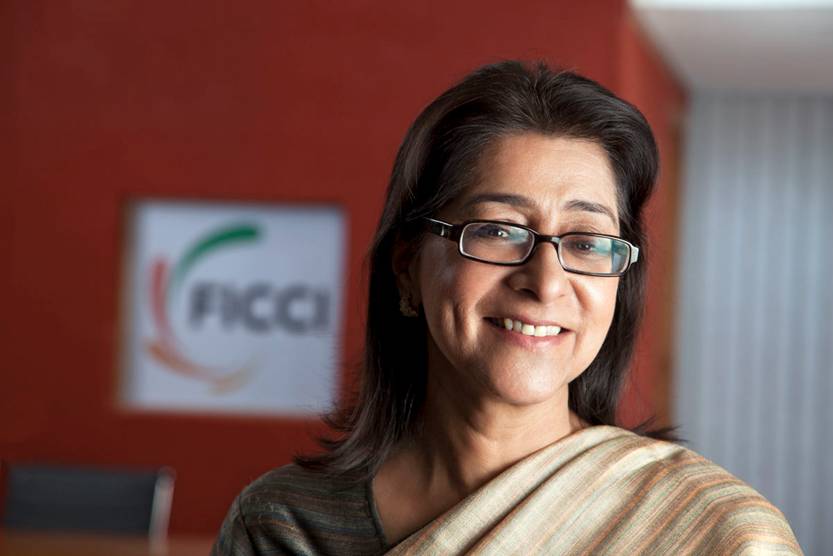 Being declared the third most powerful businesswoman in the world by the leading global magazine Fortune is no mean feat.

If not for Naina Lal Kidwai’s charismatic aura, boundless talent and constant perseverance, this achievement would hardly have been possible.

Naina Lal Kidwai, currently the Group General Manager and Country Head of HSBC Bank, India, has given new meaning and horizon to achievement.

Standing tall as every modern woman’s inspiration she is worth every word of appreciation coming her way.

In this article, we take a closer look at her trajectory of success as a woman leader in India.

Ms Kidwai was born in 1957 and has been brought up in Delhi and Mumbai, completing her schooling from Shimla.

Her father was the CEO of a top insurance company. After having completed her schooling, she studied Economics from the prestigious Lady Sri Ram College of Delhi University.

Right from school, she was a go-getter, topping her classes, excelling in co-curricular and sports, it was the beginning of the making of a legend.

Ms Kidwai has worked with top-notch firms like Morgan Stanley and ANZ Grindlays before starting to work with HSBC.

Due to her talent of a broker of financial agreements between investors and firms she has financed top IT firms like Infosys, Wipro etc.

She has been a non-executive director for Nestle SA, Global Advisor for Harvard Business School etc. She is also a National Advisory Board member of AIESEC a youth-driven organization.

At HSBC she started as the vice-chairman and has steadily reached her current position. She is also said to be the first woman to head the Indian Branch of a Foreign Bank.

Naina’s biggest award would unquestioningly be her sheer brilliance, rest are only subsidiaries to it. She has been awarded the prestigious Padma Shri award for her contribution to trade and industry in India.

She has been given honourable mentions by leading magazines of the world as one of the most powerful businesswomen in today’s age.

She has been awarded numerous national and international honours for her outstanding work. She is also said to be the highest-paid banker in the country.

She is married to Rashid Kidwai, managing director of a non-profit organization. They have two kids together.

Renowned writer and director Mira Nair is a dear friend of hers. Issues like women empowerment, the livelihood of women in rural areas are extremely close to her heart.

She is a huge nature lover and feels deeply for the environment. Anything from trekking to the Himalayas or just enjoying wildlife is bliss for her.

Inside the bubble of her charisma, she is a normal woman, taking care of her family, balancing the two ends of life, listening to music and living life on her own accord.

The leader in her was born at a time when women were only lead by the men of this patriarchal society. Being the true leader she is, she has always encouraged and promoted a supportive team effort.

Along with carving a path for herself, she left a trail for thousands of others. And there she stands today, a formidable figure of glory.

In her book, 30 Women in Power, Naina Lal Kidwai highlights success stories of women leaders in India who have led large organizations. Read an extract from her book: Naina Lal Kidwai’s Six Keys To Success.

Priya Florence Shah is the author of Devi2Diva, an emotional self-care book for women. In the book and online course, you’ll learn how to throw off the shackles of your own limiting beliefs, come into your power and design your destiny.