Women Leaders In India: The Role Of Indian Women In Politics 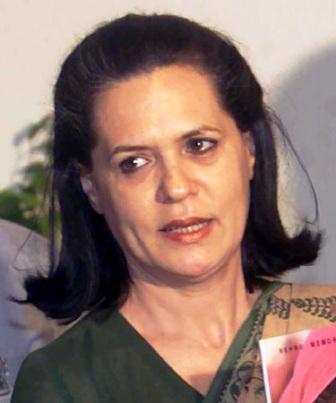 India has had a woman Prime Minister, and a woman President, and women are entering politics in great numbers. But for Indian women looking for a career in politics the future is not that bright.

The participation of women in politics is not a new concept in India. The struggle for independence has seen many women revolutionaries playing an important role. The Freedom Movement led many women into the foray of politics and many of them made great sacrifices for the nation.

With the 73rd Constitutional Amendment Act, Indian women got an equal share in the political administration of India.

They are not only part of local and state administration, but are coming forward to participate in national politics as well. They have achieved a very significant role in the Parliament as well.

But when we look at the actual statistics of the Indian woman’s participation in politics, a bitter truth emerges about the world’s largest democracy – that women are always underrepresented during elections and in party structures.

India is in the lowest quartile as far as the number of women in Parliament is concerned. According to the comparative data by an international organization, the Inter-Parliamentary Union, India ranks 99 in the world for women representation in Parliament.

At present, India has just 59 women members out of 545 members in the Lok Sabha, (lower house). In the Rajya Sabha (the upper house), there are only 21 female MPs out of the 233 members.

In comparison to the national scenario, the Panchayati Raj, the fundamental of rural government, has brought in many more women leaders and participants. States like Karnataka had made women part of rural politics way before the Constitution made it mandatory. Other states, such as Bihar, Madhya Pradesh, Himachal Pradesh, Uttarakhand have crossed 50 per cent seats in the panchayat for women.

The primary reason why women have not been able to play a significant role at the national level in Indian politics is because of dynastic rule. Women politicians struggle to find a better position in their party hierarchies.

It is interesting that Indian women leaders attained a clear leadership position only after they set up their own parties (Mayawati, Jayalalitha, Mamata Banerjee) and through the support of their husband or family or dynasty rule (Sonia Gandhi, Vasundhara Raje Scindia, Mehbooba Mufti, Shiela Dixit, Rabri Devi).

Another major problem faced by Indian women in politics in is implicit acceptance by the party rank, especially by males. The irony we face is that political parties create a hullabaloo over increasing the participation of women to 33 per cent by making reservations for them. But when it comes to giving election tickets to women leaders, they are rarely the first choice.

The problem that women in Indian politics face is that even if reservations are made for women politicians, they are not included in party policies. That fact defeats the entire exercise of creating reservations for women.

The country’s ruling Congress party is led by a woman leader and has been pushing hard for reservation for women. But the Congress party itself does not include more than 10 per cent of women members. The situation of women in Indian politics will not improve till we have made significant changes in the mindset and ideology of the Indian people.

This article may be reproduced with a live link back to www.naaree.com