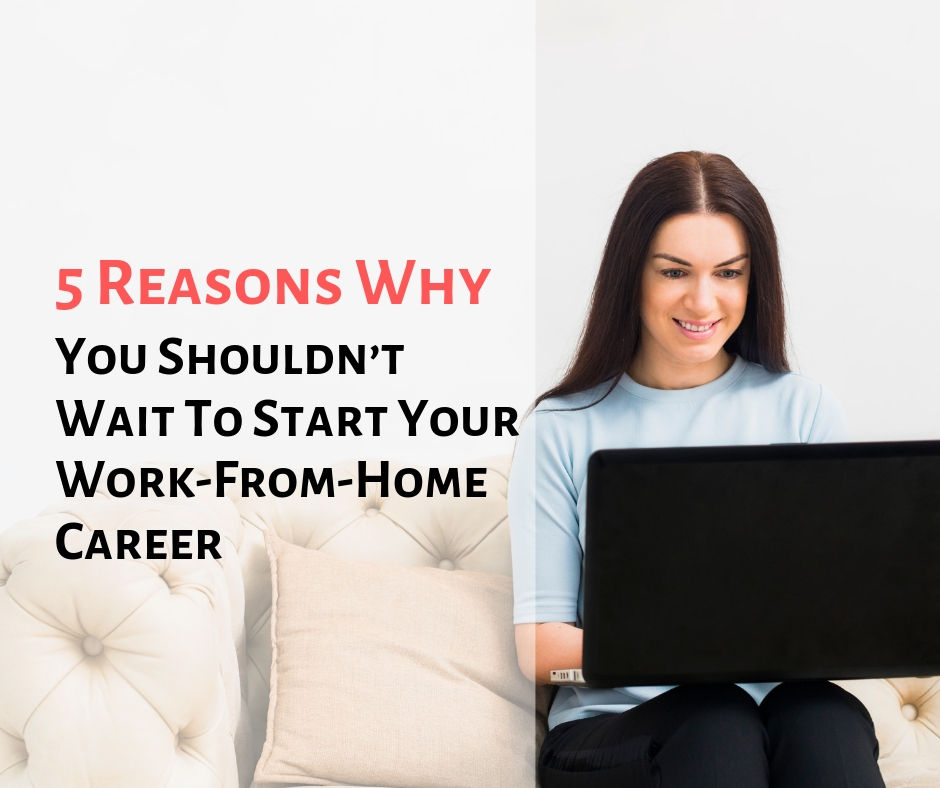 The talkers love to talk about what they want to do, what they plan and what they hope for. The doers don’t waste time talking. They just do it.

Guess which ones are doing well? If you said the doers, you’re right!

You can plan, visualize, imagine, learn and hope all you want. But if you don’t take action, if you don’t do the work, all of it will amount to nothing.

When I speak to people who want to work from home, I hear all sorts of excuses from the talkers about why they can’t get started right now.

Some of them include:

I’m sorry to have to put it bluntly, but those are all excuses. And if you’re invested in your excuses, all it tells me is that you don’t have what it takes and you’re never going to succeed.

Here are 5 reasons you should not wait if you want to start a work-from-home career.

Gone are the days when our parents got a job, learned a skill in the company they worked in and stuck at it for 30 years just to provide for their family.

Today there are so many people competing for the same jobs out there, it’s not even funny.  If you think a great job is just going to fall into your lap because you have an MBA or a degree, think again.

The world of work is changing and skills (not degrees or qualifications) are the currency of the labour market. Don’t believe me. Listen to Sifu Dan Lok, one of my favourite mentors who tells it like it is.

If you’re not developing a high-income skill that can help you earn money in any economy, you’ll struggle and be left behind in the new world of work.

2. It takes time to learn and practice a new skill

Do you think you can wait to start developing a new skill? You’re wrong.

In his book, Outliers, Malcolm Gladwell writes that it takes about 10,000 hours of practice to achieve mastery in a field.

That’s why doctors, engineers and other highly-paid professionals have to immerse themselves in an intensive study for years to be able to start practising their craft.

If you’re a middle-aged mom who wants to work from home, time is not on your side. You’ll need to work hard on developing that skill, even more than a young person who’s just starting out.

3. The longer you wait, the more you’ll lose out

Even if you’re developing a high-income skill, you’re still going to be competing in a job market against people who are younger, faster and better than you.

Unless you invest in creating a personal brand, you’ll never be able to stand out in the crowd and attract the kind of clients you want.

If you don’t want to be stuck in low-paying jobs with no security, you need to hustle and get busy.

You have to be willing to do whatever it takes if you want the luxury of working from home. Create an income goal and work towards it every day.

Not that long ago, being able to work from home was rare – and was seen as a huge perk. These days, it’s far more common.

I started working from home in 2001, way before remote work was a catchphrase. I had to work my butt off to develop a high-income skill in the field of digital marketing.

It took me years to get to where I am today, which is why you need to start NOW, especially if you don’t have a marketable skill set. Because the longer you take to get started, the more you’ll lose out.

4. The robots are coming

I hate to be the prophet of doom, but if you don’t take the steps to adapt in the coming Age of Automation, you may very likely lose your livelihood and ability to provide for yourself and your family.

As Kevin Roose writes in the New York Times, many of your bosses want machines to replace you as soon as possible even they’ll never admit it in public. They’re racing to automate their own workforces to stay ahead of the competition, with little regard for the impact on workers.

They crave the fat profit margins automation can deliver, and they see Artificial Intelligence (AI) as a golden ticket to savings, perhaps by letting them whittle departments with thousands of workers down to just a few dozen.

One common argument made by executives is that workers whose jobs are eliminated by automation can be “reskilled” to perform other jobs in an organization. But automation pushes workers to the less productive parts of the economy.

Of the 1.37 million workers who are projected to be fully displaced by automation in the next decade, only one in four can be profitably reskilled by private-sector programs. The rest, presumably, will need to fend for themselves or rely on government assistance.

“Up until now, machines have replaced our physical strength, but they have allowed us to leverage our intellect and intelligence. AI is really coming for what has always defined us as humans. It’s coming for our last bastion of advantage over the machines. And that changes the game fundamentally,” warns University of Virginia Darden School of Business Professor Anton Korinek.

Five years from now, over one-third of skills (35%) that are considered important in today’s workforce will have changed. Some jobs will disappear, others will grow and jobs that don’t even exist today will become commonplace. What is certain is that the future workforce will need to align its skill set to keep pace.

In the future, manufacturers will be less likely to hire blue collar workers and more likely to prefer engineering and technology specialists, who can program, maintain and upgrade those increasingly intelligent machines.

The jobs that will survive are creative types, health care workers, managers, lawyers, accountants and real estate agents who deal personally with clients and take advantage of artificial intelligence to expand their reach and offer more sophisticated information to clients.

The most important job of the future could well be an old one: educator. Educational services will be the second largest job-generator, after health care, in the coming years. Creating an online course that you can earn passive income from could be one of the best work-from-home careers in the future.

Scientists, engineers and mathematicians will be in even more demand, especially those who can navigate the interface between man and machine. But if you’re not preparing for the robot apocalypse by upgrading your skills or learning new skills, you will struggle to survive.

5. More women will lose their jobs than men

Christine Lagarde, Managing Director of the International Monetary Fund (IMF) warns that AI and the fourth industrial revolution will have a more severe impact on women than men because many of the tasks done by women are more routine tasks, easily substituted by technology.

Going forward, 11 per cent of women’s jobs will be affected by technology in the future, whereas that number sits at just nine per cent for men. This shift will happen gradually. But one thing is for sure, the future of work will be different, particularly for women.

This means, more than ever, we women need to take responsibility for our future in our own hands. Don’t trust the government or the private sector to be there for you.

If you’re in a low-paying, a menial or a low-skill job that can easily be automated, you need to pay attention to this even more. Learn how to create your own economy by learning new skills and creating a personal brand for yourself.

There are plenty of career ideas and choices to work from home. The sooner you get started, the more likely it is that you will survive the transition when the robots take over.

Priya Florence Shah is the publisher of Naaree.com. Sign up for her Free Online Tutoring Course and learn how to make an income from online tutoring jobs or from creating your own online courses. 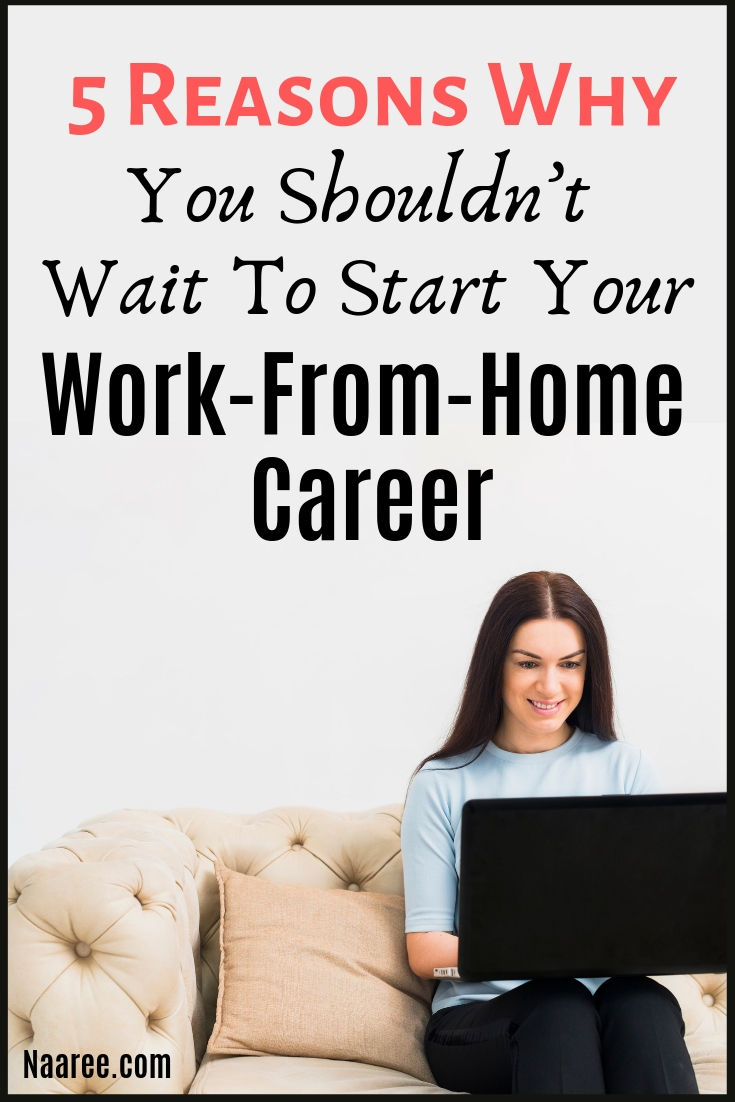 How Online Career Guidance Can Help You Find Your Dream Career 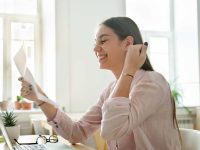 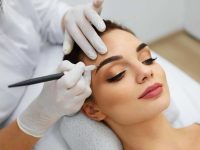