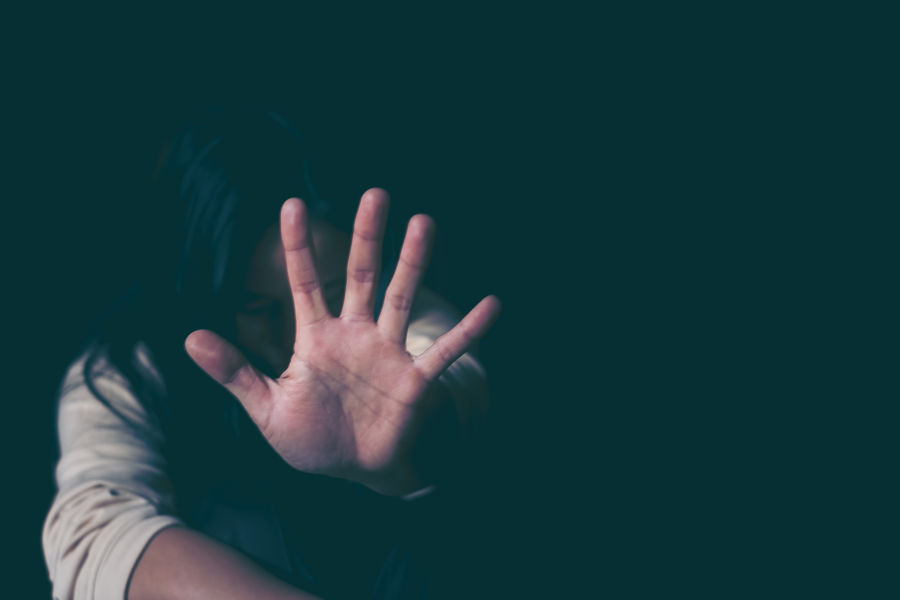 Nearly 70% of married women aged 15 to 49 years in India face rape, beating and verbal abuse. Learn how the Domestic Violence Act of India can protect you.

At a seminar on Legal Rights Awareness For Women, held to celebrate Women’s Day, the topics covered ranged from laws on domestic violence to sexual harassment at the workplace. Pallavi Bhattacharya reports.

The seminar was organised by the Women’s Wing of the Sri Shanmukhananda, Fine Arts and Saneetha Sabha of Mumbai, on March 10, 2007, to celebrate Women’s Day. Eminent judges, legal delegates, law enforcement personnel and social workers addressed a packed auditorium of both men and women.

Highlighting the myth that chaste Indian women have to forgive their husbands for battering them, Justice Ruma Pal said, “I had participated in a workshop of judges in Delhi for South Asian countries on violence against women during which I met a woman who had been crippled for life for protesting to her husband for bringing his mistress to the house.”

“I had asked her what she would do next. She plainly said that she would go back to her husband. Lack of esteem, self-worth and ignorance of her rights made her believe that a woman is subordinate to a man and has no freedom of choice whatsoever.”

Previously in Bengal, before a son left to get married he would tell his mother that he would get a dasi for her. Even though this ritual is no more practised the perception of women being in a servile position still continues in many Indian households.”

Sanjeevanee Kutty, Member Secretary of the Women’s Commission describing the various forms of domestic violence, its trends in India and the harmful consequences said, “Domestic violence is the largest category of crimes against women in India prevailing in all classes of society. Nearly 70% of married women within 15 to 49 years in India face rape, beating and verbal abuse.”

“Downtrodden families don’t have much privacy and therefore can’t hide domestic violence from others whereas women in affluent families are reluctant to talk about the violence in their lives as they fear that it’ll taint their image in society. Of all these forms of abuse, though, physical abuse is the easiest to identify, emotional and sexual abuse are also a part of domestic violence.”

“Emotional abuse may be a subtler form of violence but it can delve a human being into insanity, depression and even suicide. Examples of emotional abuse may be calling the woman a failure constantly, telling her that she is worthless, useless and ugly, mocking and humiliating her, accusing her of what isn’t her fault, telling others lies about her, abusing her if she doesn’t have a son, humiliating her and her family for not bringing enough dowry, ridiculing her for not being fair-skinned, threatening to harm her and her children, locking her into her house, isolating her from her family and friends, not allowing her enough money for her food”.

“Domestic violence is not an isolated act of physical aggression but occurs over a period of time and follows a pattern that you see in the behaviour of the male. In fact, it also escalates over time. Exposure to this kind of violence can even be life-threatening for the woman. Statistics do show that being a working woman does make her less prone to domestic violence which indicates that it is crucial for a woman to be financially independent.”

.
Unfortunately, many Indian women think that the husband has a right to abuse them. While I was a part of the film censor board I remember watching a film with Sushmita Sen as the female lead in which the hero hits her when she can’t control herself when she is hysterically upset.

In the next scene, Sushmita walks in when the lover is standing by the swimming pool. She touches the man’s shoulder with her cheek lovingly and says, ‘Mujhe tumarah marna buhot aacha laga’. When we cut that line the producer found it very difficult to understand why it had been eliminated”.

Dispelling the myth that a woman should stay with her abusive husband because of the sake of the children, Sanjeevanee said, “Children from houses of wife batterers are also often victims of domestic violence. Even while witnessing domestic violence they cry, refuse to eat, withdraw, suffer from frequent illness, severe shyness, have low self-esteem and trouble in daycare.”

“Sometimes they take the blame of domestic violence on themselves as they think that they have caused it. Some of these children learn that violence is an appropriate way of resolving conflict in human relationship. Often adolescent children of these households tend to side with the male aggressor rather than the mother.”

“Another myth is that men are violent as they can’t help themselves as it is in their nature. In reality, these violent men often behave themselves when in the company of people who won’t tolerate domination or violence. These perpetrators simply love that they can rule with the use of force. They falsely accuse women of provoking aggression. All this shows that the safest place for a woman may not be home after all.”

The situation of women in violent relationships may not be as grim if they seek justice under the new domestic violence law.

.
Senior advocate, Indira Jaising, explaining the new law said, “According to this law the aggrieved person can be any woman who is/ has been in a domestic relationship with the respondent as a wife, partner, sister, widow, mother or daughter. In fact, it also includes women in relationships of cohabitation, bigamous marriages and single women in relationships.”

Justice Ruma Pal pointed out, “The real difficulty in the implementation of the Domestic Violence Act is the failure of several state governments to appoint any functionaries under the act, to notify any medical facility or to provide any shelter homes or any infrastructure at all.”

“A successful implementation of the Act can only be brought about if all the authorities carry on these functions competently. Once protection officers and counsellors are appointed and medical facilities and centre homes are approved it is necessary to train all these functionaries not only about their duties regarding this Act but also about the human rights jurisdiction underlying the Act.”

Senior Advocate, Nirmala Sawant Prabhavalkar, made people aware that sexual harassment at the workplace didn’t just refer to the harassment that took place within the office. Indeed 97% of the workplace is unorganized in India with work being carried on in a non-office setup.

Even women in rural areas in fields had the right to register sexual harassment cases.

The Supreme Court has set guidelines to sexual harassment committees to facilitate women to register complaints by insisting on witness protection and that during the investigations the woman shouldn’t be asked obscene questions or victimised.

A special feature of this seminar was a moot court of divorce law by the Government Law College Moot Court Association. The fictitious case was that the husband Pranav and wife Archana were living in different cities for 25 years as their workplaces were located in Delhi and Chandigarh respectively.

The husband, however, did meet his wife at Chandigarh during vacations and the couple had a five-year-old daughter who lived with the mother. Ever since the birth of the daughter, the husband had been pressurizing the wife to leave her job as a lecturer in Chandigarh and stay with him in Delhi to be able to bear him a male child.

His wife didn’t want to leave her job and lose her financial independence especially when she was due for promotion, felt that a one-child family should be the norm in a highly populated country like India and it was very regressive and amounted to mental cruelty by her husband to insist for a male child.

A relevant point highlighted in this case was that despite women being highly qualified it was still expected that the wife should leave her job and relocate to be with her husband, but the husband wasn’t expected by society to do the same for his wife.

The Final ‘Verdict’- Equality and Empowerment

The ‘verdict’ of this seminar was that equality and empowerment was the solution to gender-based problems women faced.

Justice Ruma Pal pointed out the disturbing fact that according to a UNICEF report the system of elimination of the girl child pre and post-birth had lead to the phenomenon known as the missing millions of women and girls with 60 million fewer women in the world than there should be under the general demographic trends.

Ashutosh Kumbhakoni, Associate Advocate General of Maharashtra said, “Despite laws, women still just earn 1/10 of the world’s income and own less than 1% of the world’s property.”

Also, widows of the deceased son and grandson were A1 heirs, but the husband of a deceased daughter or a granddaughter was not a legal heir.

A.N.Roy, Commissioner of Police of Mumbai said, “Women need political and economic empowerment. They must be in a decision-making situation. We have slum police panchayats. Among 10 slum representatives for the police, seven are women. As women are generally at the receiving end of all kinds of violence I feel that women are better naturally endowed to resolve issues. The women status has improved in those areas as the same women who were abused are now meting justice to the abusers.”

Justice B.N.Srikrishna, a retired judge of the Supreme Court, while giving his vote of thanks said, “Lack of awareness and education prevents people from exercising their rights. So spread the knowledge you have acquired in this seminar to downtrodden women.”