Believe In Yourself And Become a Winner: Lessons from Hollywood 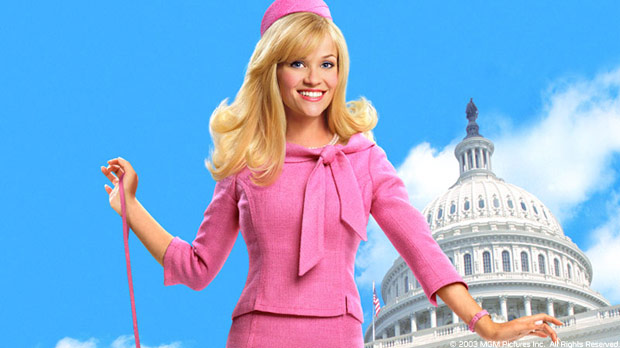 These inspiring stories from Hollywood will show you how believing in yourself can help you become a winner in life.

A while ago I saw the movie Legally Blonde. Not just for the bright, chirpy and eminently watchable Reese Witherspoon, but also because I loved the message it sent out.

If you didn’t see the movie, all you need to know is that it’s about a smart, fashion-conscious blonde who’s told time and again, by her family and friends, that it’s impossible for someone like her to go to Harvard law school. That she’s just not smart enough and doesn’t have what it takes.

In the movie, the character played by Witherspoon not only goes to Harvard law but also through sheer determination and intuition, graduates at the top of her class.

It’s just the sort of movie people love. Because it makes us believe that we too are capable of achieving anything we want to.

It reminds us how we often let ourselves, and others, underestimate our own potential. And how we undermine our own sense of self, because of what we look like or where we came from.

But why just let it remain a movie, when it can be the story of your life… Have you ever asked yourself what it is that keeps you from reaching your full potential? From doing what you are inherently capable of?

For many of us, it’s a lack of belief in ourselves. A lack of confidence in our own ability to succeed. And because we believe we will fail, we usually do.

But there are people who have succeeded beyond all expectation – no matter what they look like, or where they come from.

One of my favourite role models who comes to mind is another Hollywood celebrity, Barbra Streisand. Indeed, one of my favourite films of all time is her movie, “Yentl,” about a courageous, intelligent woman trying to fulfil her capabilities, in the face of overwhelming odds.

“Yentl” was also the movie in which Streisand became the first woman ever to produce, direct, write and star in a major motion picture. Streisand carved her own path and broke the mould.

She showed how a woman with unconventional looks can make it in a field where beauty is more important than brains.

So, if you believe that you are less than someone, because of your lack of education, looks, talent, background or ability, take courage from her achievements.

They are an inspiration not only for women but for everyone. Because all it takes is a belief. The belief that you can do what it takes.

All you need to carve your own path is the confidence and the belief that you can succeed at anything you set out to do, no matter what the odds.

So start today. Choose a mentor. Learn from the masters. Re-invent yourself. Create your own opportunities and forge your own future.

Your belief in yourself, coupled with the courage to see it through, is what will carry you from a life of mediocrity and under-achievement, into a world where you can be the winner you aspire to be.