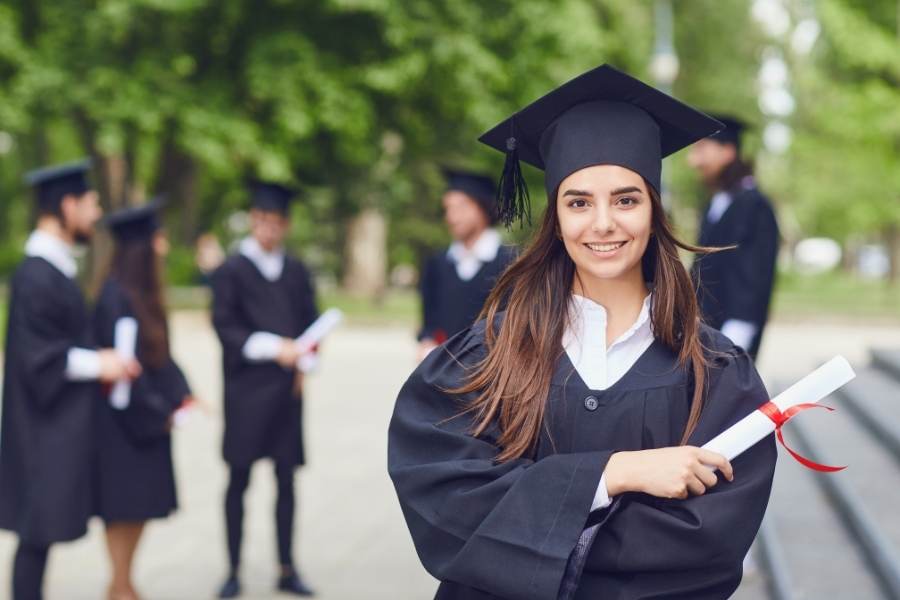 Learn how to find the best universities in India and abroad for the subjects you want to study with the World University Rankings.

Education and higher education have always been highly valued in India, right from the days of Nalanda University, the Buddhist monastery that was the first and oldest university in India.

The National Assessment and Accreditation Council (NAAC) ensures the quality of higher education in India, but many Indians turn to the World University Rankings for an objective assessment of the quality of education.

This top universities guide to choosing the best universities in India will show you how to use the World University Rankings to choose the best ranking universities for the subjects you want to study.

How Does Ranking Universities Work?

How are top universities ranked? There are a number of World University Rankings that can help Indian students choose a top university in India for their studies.

You can find out the ranking of the university you’re applying to and check if it is truly one of the best universities in India using one of the World University Rankings services below.

Today, the QS World Ranking is the world’s leading provider of services, analytics, and insight to the global higher education sector.

The QS Rankings is also the world’s most popular source of data about university performance for student and their parents, allowing millions of students to easily compare different institutions.

So what makes a university top-ranked? The QS top universities are assessed according to six key metrics, including:

You can check the QS World University Rankings 2022 data to find out whether the University you plan to go to ranks on this list.

If you’re searching for a top university to study a specific subject, you can search the QS World University Rankings by subject. The data for QS ranking by subject covers a total of 51 disciplines grouped into five broad subject areas.

They also rank the Massachusetts Institute of Technology (MIT) at Cambridge, USA, as the No 1 University in the world with a world ranking of 100.

THE (Times Higher Education) has been released by Griffith University, one of Australia’s leading research universities providing trusted performance data on universities since 2004.

It uses 13 carefully calibrated performance indicators to provide the most comprehensive and balanced comparisons. The overall list is accompanied by 11 subject-specific rankings.

According to the Times Higher Education University rankings the Indian Institute of Science, Bengaluru, is ranked as the No 1 University in India.

The Academic Ranking of World Universities (ARWU) – also known as the Shanghai Ranking – is an annual publication of World University Rankings originally compiled and issued by Shanghai Jiao Tong University in 2003, making it the first global university ranking with multifarious indicators.

Although it has received positive feedback for its objectivity and methodology, it tends to rank larger institutions above smaller ones, as it fails to adjust for the size of the institution.

The Center for World University Rankings (CWUR), based in the United Arab Emirates is a leading consulting organization providing policy advice, strategic insights, and consulting services to governments and universities to improve educational and research outcomes.

Since 2012, CWUR has been publishing an academic ranking of global universities that assesses the quality of education, alumni employment, quality of faculty, and research performance without relying on surveys and university data submissions.

The Government of India’s Ministry of Education has its own National Institutional Ranking Framework or NIRF University Ranking system that ranks top Indian Universities based on the parameters below:

According to the latest NIRF university ranking, the Indian Institute of Science, Bengaluru, is the No 1 University in India.

Here is the latest ‘top 10 university in India’ (NIRF) list:

Which University Ranking Is More Accurate?

QS Top Universities Vs Times Higher Education Vs Shanghai Ranking Vs CWUR Vs NIRF – which university ranking is more accurate?

Here’s a quick guide to help you decide:

Top 10 Universities In India Based On Popularity

The Indira Gandhi Delhi Technical University for Women is an all-women’s university in New Delhi, India on the heritage campus at Kashmere Gate, Delhi.

The Delhi Skill and Entrepreneurship University, or DSEU, is a UGC-recognised collegiate public state university located in New Delhi, India.

The Delhi Sports University plans to start operations from April 2022 at the Ludlow Sports Castle in the national capital’s Civil Lines area.

Its Vice-Chancellor, Karnam Malleswari, a former weightlifter and the first woman to bring home an Olympic medal, hopes to enrol kids and get them ready for the Olympics by the time they turn 18 or 19.

The University of Rajasthan is a public and state university and is one of the oldest universities in Rajasthan, located in the city of Jaipur.

The Growth Of Online Education In India

Many students also look for top universities with low tuition fees, because let’s face it, a university education doesn’t come cheap, even in India.

To our credit, we do have a tradition of distance learning and distance education thanks to institutions like the Indira Gandhi National Open University, the best Open University in India.

There are now many online portals that offer free online education through Massive Open Online Courses (MOOCs).  It’s likely that, in the coming years, we will see the best online universities offering online degrees in many more subjects.

With the growth of remote work, we will all have to start learning new skills for the future workplace. The boom in online courses and online education will only make it easier to take education to the masses.