Dating Dish: What To Do When He Freaks Out 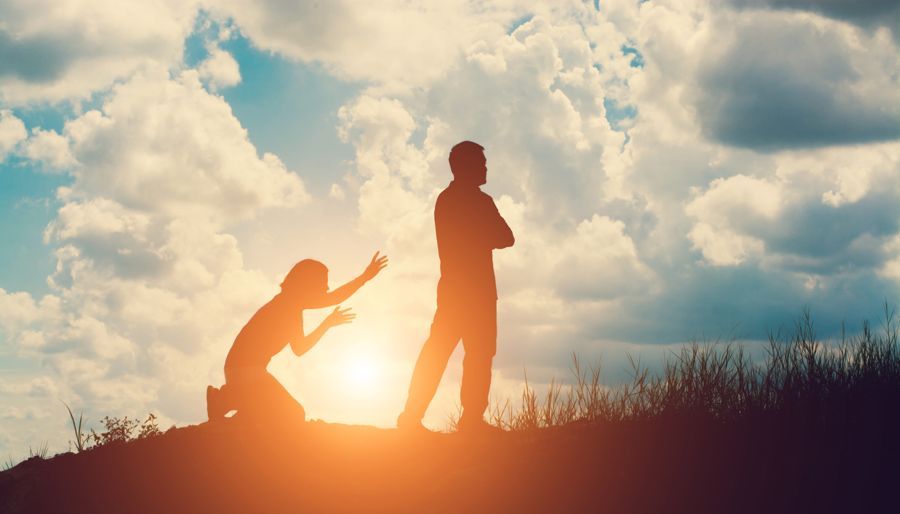 It’s a fact that men tend to panic and freak-out as a relationship starts to get serious. In her latest column, Paige Parker tells you why you shouldn’t take it personally.

Before I begin today’s DISH I have a quick SUCCESS STORY to share with you!

In last week’s Dating Dish, the topic was “Help! His Ex is Back,” and I discussed what to do when the guy you’re seeing is in contact with (or is confused about his feelings for) his ex-girlfriend.

I recommended giving him the time and space he needs to figure out how he’s feeling while utilizing the time yourself to figure out what YOU truly want and need.

This includes dating other people until either

b) you discover that the relationship isn’t fulfilling to you anyway (and you possibly meet someone else that you like even more!).

I received this quick update from a reader just today:

You know, I read last week’s newsletter and you were right… My boyfriend did break up with me and he’s back with HER, but I started dating someone else I like even better.

I’m so proud of you, Ruby! You didn’t just sit around waiting and hoping that your boyfriend would choose you over his ex… you took control of the situation, respected yourself, and refused to sacrifice your needs.

Enjoy your fun, fabulous, flirty new dating life! And thanks for the update – you made my day.”

And now onto today’s Dating Dish!

The other day my friend Molly and I are out having a girls’ catch-up session over mango margaritas and, about fifteen minutes after we sit down, the conversation turns to – what else? – GUYS.

It starts when Molly’s face twists up into a little knot and immediately I can tell that she wants to ask me something.

B) let’s face it, a dating coach is never REALLY “off the clock.”

So Molly spills her guts.

They were spending lots of time together, Sam was calling regularly, the chemistry was incredible, and she really thought that things were going SOMEWHERE…

Then all of a sudden, Sam began to pull away.

He cancelled their dinner plans one night because he was “tired.”

“So what’s his DEAL?” Molly asks. “I thought we were on our way to becoming serious and now it seems like it’s the beginning of the end!

How can I MAKE him realize that I’m the one he was meant to be with?!?”

Then Molly makes another face…

One where she kind of squinches up her eyes and purses her lips as if to say, “Okay, Paige… I know you’re about to give me some tough love. Dish it.”

I laugh again and say, “First of all, Molly, you and I both know that you can’t MAKE him realize that you’re ‘the one.’

He should KNOW it because he’s had the privilege to spend time with the amazing, gorgeous, brilliant, hilarious person you are.

But here’s the thing about guys… As much as most of them really DO want a relationship with a special woman, when the opportunity actually arises to CREATE that relationship, THEY FREAK OUT.”

Molly takes a gulp of her margarita and nods her head.

I explain that it isn’t personal…

It’s likely that Sam is apprehensive about the IDEA of commitment, not necessarily a commitment WITH Molly.

He’s pretty sure that once he gets all the way into the hot tub (i.e. commits), it’s going to feel AMAZING…

So he first has to dip his toe in and get used to that (i.e. go on a few dates with you)…

Then eventually he can get his legs in and, hey, it’s really not so bad (i.e. seeing you on a regular basis, opening up and letting you get to know him)…

(Insert your own joke here about what it takes to get him in past his ‘nether regions!’)

And before you know it, he’s in the water (i.e. relationship), he’s loving it, and he never wants to get out!

“Give him some space and he’ll figure it out,” I answer.

This doesn’t seem to satisfy her, and I know exactly why.

My friend Molly is a go-getter, both in her career and in her relationships. She likes to MAKE THINGS HAPPEN. Even more than that, she likes to be in CONTROL.

But the truth that Molly – and all of us, really – need to understand, is that WE SIMPLY DO NOT HAVE CONTROL OVER ANYONE’S ACTIONS BUT OUR OWN.

We can only be ourselves and hope that the guy in our life is worthy – and by worthy I mean that he’s smart enough to realize that we’re totally irresistible.

And if he DOESN’T come to that conclusion on his own… Well, then, why waste another second of our precious time on a doofus who can’t recognize how fabulous we are anyway?!?

The “Drama of the Week” is from a reader whose boyfriend just might be displaying a TEXTBOOK CASE of what I call the “Pre-Attachment FREAK OUT.”

DRAMA OF THE WEEK: “WHY IS MY BOYFRIEND BACKING OFF?”

Here’s a letter I received the other day from a reader:

A man I have been dating for 5 weeks lands on two sides of the fence with how he talks. He has told me twice he wants a relationship and to be married.

He calls, I call, we are intimate, he has told his family about me, my family has met him once. We do things like go on walks and talk during the day etc.

Now, all of a sudden, he says he is terrified.

I don’t understand at all. In fact, he invited himself over Saturday to be with me and my adult kids (we were having a baby shower for my oldest daughter). He wanted to meet everyone. We had a good time, spent some time alone.

So now he is terrified?!? Why is he backing off? I have not given up hope, but truly don’t understand.

Got any ideas? -Sandra Atlanta, GA”

DATING DISH TIP: “WHAT TO DO WHEN HE FREAKS OUT”

Okay, first I’ll join you in a scream because men can be SO frustrating and confusing sometimes…

Whew. Okay. Now that we’ve gotten that out of our systems let’s get to the bottom of this.

From the details you’ve given me, it seems fairly certain that his sudden freak out has ABSOLUTELY NOTHING to do with you!

Have you read Chapter 12 of my e-book “Dating Without Drama” yet? In it, I talk about the fact that men tend to panic as a relationship starts to get serious. This is usually a result of the “infatuation” phase running its course (this is not a bad thing and it’s no one’s fault – as I explain in Chapter 12 – it’s all chemical!).

The next phase is “attachment,” where your commitment to one another is solidified, you’re on the same page emotionally, and you can start looking toward your future together.

Unfortunately, most guys need to make a little pit stop between “infatuation land” and “attachment ville.” When a man feels himself getting in deep with a woman (even if he’s sure he’s crazy about her), he sometimes will get overcome by fear and pull back for a while.

Now mind you, this is his fear of the CONCEPT of commitment, not fear of a commitment with YOU. Given his history (long-term marriage that ended), he’s probably using that experience as a frame of reference (i.e. “marriage might mean I’ll be hurt or rejected”), so now that the two of you are getting really close, he might be worried that now’s the time he’ll screw it up.

Okay, as for what to do… I recommend keeping your life busy and full (which sounds easy to do with your wonderful family) so that you resist feeling “needy” about the outcome of your relationship with this man.

Give him a little time to sit with his feelings and sort things out. Like I say in Chapter 12, chances are he’ll come to the conclusion that he can’t live without you on his own.

BUT you EVENTUALLY might need to have a conversation with him. The fact that he expressed his emotions (“I’m terrified,”) may have been his way of opening up to you.

If he brings it up again, you might consider telling him something simple and non-threatening sounding like, “I’m really enjoying the time we spend together. I care about you a lot, and I know things might seem intense since we’ve gotten very close, very quickly, but please don’t let that scare you. Let’s just enjoy each other’s company and see where this goes… no pressure, okay?”

Just the reassurance that comes from him knowing that you’re willing to take things one day at a time might be enough to help him settle down, process his fears and concerns, and come to the realization that you’re a total keeper!

Good luck, Sandra, and please let me know how it works out!”

Have a drama-free day!