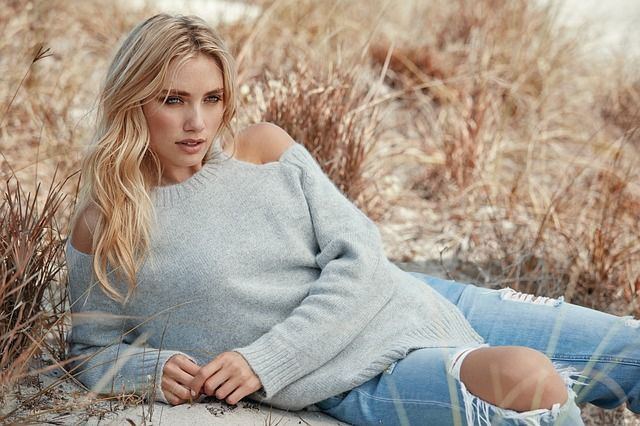 Fashion conformity seems to be a requirement of the world since time immemorial. It is no longer a concern common among women, but for almost every individual trying to make a statement of themselves as a sign of their individuality.

With the advent of the internet, it became easier for people, even in marginal areas, to achieve fashion conformity and to take part in global fashion awareness.  However, this global fashion “awakening” has resulted in a rather desperate measure to some people to be able to catch up.

Also, as many people try to conform to the global fashion trend, there had been a rising need to create more clothes, that gave opportunities for some manufacturing industries to grow as well.

However, since not everyone can afford expensive branded clothes and some just choose cheap imitations for whatever reason, the demand for low-quality, environmentally-harmful clothes have grown. Not that we are labelling branded clothes safe, in fact, they are equally harmful to the environment.

Technically, the fabric doesn’t really decay in a hundred or thousand years being non-biodegradable, and that alone should stand as a reason why there is a need to control fabric manufacturing.

There were already numerous movements done to promote green clothing manufacturing, including that of Emma Watson’s organic clothing line.

Despite that, the number of people buying fast clothing is growing, and there is a need to educate people better. Here are four reasons why buying fast fashion harms the environment:

Almost everything nowadays is synthetic. Food and medicine have long been artificial and so is fashion and everything else genius scientists and crazy engineers can make. And in the name of protecting the wildlife, people are now choosing to buy synthetic.

However, buying synthetic also has its own banes. Some low-grade synthetic manufacturers, do not follow government-enforced rules about environmental protection. This means that they compromise the quality of the materials used to make their products cheap.

For example, factory dyeing sends an enormous amount of pollutants that are being drained away to the ocean. Residual dye that isn’t fixed on clothes are washed out during laundry, ends up in sewers, which is further drained to the rivers, and eventually ends up in the oceans.

Harmful solvents are also being used by some big shoe manufacturers especially for the use of glueing leather together. These also send harmful and toxic materials that are either evaporated through the air or drained to oceans or rivers.

Fast fashion manufacturers also emit greenhouse gasses that can further worsen global warming. As you can very well tell, global warming endangers the lives of many animals in the Arctic and the Antarctic due to loss of habitat.

Cheap synthetic fibres emit a gas that is more harmful than carbon dioxide. Also, millions of trees are being cut worldwide to be turned into fabrics. All of the residues shed off worn human clothing are also adding up to the number of synthetic products thrown to the sea.

Since fast clothing and fabric are, most of the time, synthetically made, there is a tendency for them to consume more time and energy during manufacturing.

Since the quality of materials in making clothes are being compromised, the health of the factory workers is greatly affected.

In fact, organophosphates are used in wools and are being blamed by factory workers for headaches, disturbed sleep, poor concentration, and even suicidal thoughts as BBC explained the study done by a UK anti-pesticide group.

On the other hand, cotton which is considered to be one of the most in-demand fabric is reported to be the world’s most pesticide-intensive crop that injures and kills people all over the world.

Herbicides and other chemicals are also used in harvesting cotton that is released throughout its lifetime. Some synthetic or genetically-modified cotton is also said to have adverse effects on human health and the environment.

People are now encouraged to favour expensive, naturally made fabric rather than those which are fast and synthetic.

One example of “clean,” all-natural clothes is Linen. Saving animals doesn’t mean you are going to support cheap synthetically made fabric.

There is a way for us not to compromise animals and plants that are already endangered. There is also a way for us to have a sustainable fashion industry without compromising the health of factory workers.

Linen is made out of certain plant stalks that are easy to grow, harness and make without the use of any unnecessary harmful and toxic chemicals.

The fashion industry is filled with women wearing Victoria Secrets, Versace, and whatnot, but more than how fashionable you look or not, it should not compromise the health of the factory workers and the environment.

Although we must consider the fact that animals are slowly dying because of poaching and garment or fabric creations, we should not compromise the value of having clean clothes that will not harm the environment.

If there is a global awareness about how bad the fashion industry is for the environment, then there will be a great shift from fast, synthetically made fabric to clean and natural. The fashion industry manufacturers will then be forced to do as the market demands.

Jenny Park is a professional fashion designer and writer at the same time. She passionately writes and blogs about how fashion can change a woman’s perspective life and to herself. She is an active advocate of naturally made clothing and encourages them through her blog. Her love for fashion brought her to French Connection, a high fashion online clothing company based in Australia.