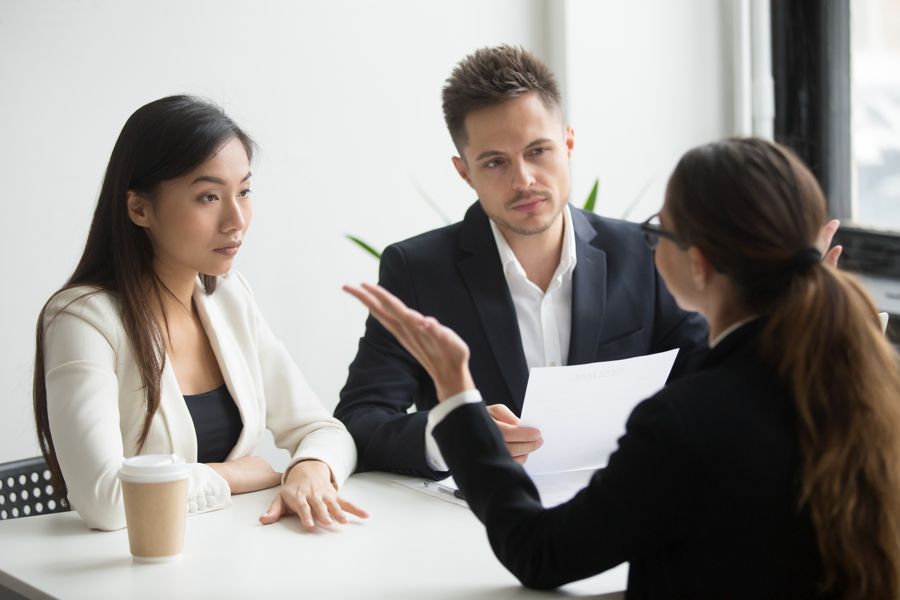 Female jobs seekers get easily discouraged when applying for jobs. These are the 3 major job-hunting mistakes they are making and tips on how to avoid them.

Discussing differences in job choice, performance, and income between the sexes is like crossing a minefield. This article is not intended to be the last word on these issues, nor is it a primer on the topic.

Your choices, whether conscious or unconscious, can become obstacles on the road to landing a new job. There are no quick and easy fixes for issues this complex.

However, there are some moves you can make, from writing a solid resume and optimizing how you send your application to figuring out what to do and say in a job interview.

This article pinpoints a few potential mistakes some female job seekers might be making that are sabotaging their job hunt.

So, here are the three major mistakes to watch out for if you’re a female looking for a job, with tips on how you can avoid them.

1. Giving up too soon

Interviewing.io ran an interesting experiment in which they created a voice modulator that made some men sound like women and some women sound like men. Then, they used it during trial interviews.

According to interviewing.io’s own data, women do worse in technical interviews than men. The hypothesis of the experiment was that this gap in interview performance stems from a pro-male bias.

Thus, removing gender-relevant information and tweaking people’s voices should result in no difference in performance.

The surprising and troubling finding was that women did worse in interviews nonetheless.

However, additional analyses revealed that the performance gap could be explained by different dropout rates among women and men.

As it turned out, women were seven times more likely to leave interviews than men.

Apparently, women didn’t stick around long enough to hit a home run, as they were more likely to quit using the website (i.e. doing interviews) after an interview went bad.

The study seems to suggest that the job search for women can cause them to get discouraged from continuing with the interview process once they’ve faced rejection.

Sure, it was done with a small sample of people, in a field dominated by men. But, if there is an industry dependent on easily tested skills, it’s computer science.

According to statistics from the field of HR and recruitment rejection is an inherent part of any job hunt. Most job seekers, no matter their gender, will be rejected on occasion.

Large companies can receive up to 250 resumes in response to a job advertisement, but the number of applicants who get invited to job interviews is in the single digits.

Brace yourself. You’ll be turned down most of the time — it’s an inherent part of the job hunt. Move on to the next offer and continue sending out resumes.

There are times that you might not get any feedback or reply from the recruiter. Don’t assume it’s because you were rejected.

Most recruiters actually expect to get thank-you notes, so it’s your chance to seize the initiative and reach out to them.

This could be a great opportunity to remind them you’ve got what it takes. Just make sure you read up on these tips on how to follow up with recruiters.

Women’s status in the workplace is complicated. While finding a job for female job seekers is not that hard as there’s no dearth of job opportunities for women, the problem might lie in the lack of confidence in women candidates.

What’s more, it’s not just about past achievement. It’s also about how you write it up on your resume.

A candidate who’s followed best practices in resume writing and perfected their job interview pitch comes across as above average, even if this is not the case performance-wise.

You need to keep up with what the competition is doing. Those who haven’t followed job market trends stand out — for all the wrong reasons.

No one likes a liar and recruiters are not gullible people. We’re not encouraging you to pack your resume full of power buzzwords and corporatese braggadocio.

However, being overcautious about your skills is never a good idea. No one likes a braggart, but no one pays attention to church mice either.

Focusing solely on your image is a double-edged sword. On the one hand, pushing more swagger into your resume makes sense.

On the other hand, there is some data suggesting that women are penalized for being too direct or “unfeminine.”

Walk the middle path. Stick to stating the facts about your career and attributes — share your skills, experience, and success on your resume by being specific and providing examples.

According to hired.com’s report on women, work, and the state of wage inequality, women tend to ask for lower salaries than men.

Yes, some employers undervalue female candidates and might offer them lower salaries. Fixing the wage gap will require more comprehensive measures and is beyond the reach of a single individual.

However, as an individual applicant, you don’t want to self-sabotage your salary negotiations.

Before walking into an interview (or perhaps even before applying), thoroughly research the industry to figure out the running rates for the position in question.

That way you’ll know what people are paid, and you’ll feel more confident telling the recruiter how much you want to earn.

Be careful though. There’s another lesson to be learned here. There is a growing body of evidence suggesting that when it comes to millennials, the wage gap is shrinking, and perhaps even reversing.

While surprising, it makes sense when you consider the following fact — female students have been outperforming males at every stage of their educations, including university.

And education is a pretty good predictor of professional success and earnings.

Hired.com’s own research also suggests that women with less than five years of experience in tech were asking for, and getting, better salaries than their male peers.

Now, it might be the case that senior female job candidates have seen lower salaries early on in their careers, compounding over time.

Millennials, on the other hand, might be pushing for parity or they don’t differ in their expectations.

Since the research comes from the tech industry, another explanation could be that companies are trying to diversify their workplace, putting professional jobs for women developers in high demand.

That would allow junior female candidates to take on attractive, well-compensated positions.

No matter what the case may be, it’s best to investigate salaries in your field rather than upping your salary expectations by a few percentage points by default.

That way, you won’t overshoot (which can sabotage an otherwise successful recruitment process), and you won’t depreciate your market value at the same time.

Getting your resume just right for each potential employer is the first and most important step of any job hunt for people looking for jobs.

While these free resume writing tools will help you improve your resume, here are some more ways to deal with the above challenges and leverage your resume to your advantage.

One thing female job seekers might want to do is to focus on skills. There are several great guides on how to find skills in job ads, how to put them on your resume, and how to find out what skills are valued across the board.

These may not be game-changers, but will help you avoid some pitfalls:

First off, you need to tailor your resume to the recruiter’s needs. To do this, you’ll need to carefully read the job ad, mark any skill keywords or phrases implying traits.

Once you’ve got a list of requirements, see how you compare. If you can tick all of them off, you’re a perfect match.

If you lack some or are uncertain about whether you live up to the employer’s expectations, don’t get discouraged. If it’s a skill or trait that isn’t crucial for excelling at the job, you might still want to apply.

Since female job seekers tend to take up offers only when they are confident about their chances, you might want to loosen up your approach a bit.

This is controversial advice — or at least advice not all recruiters would be happy about. Pay attention to the skills section on your resume

Be specific about what you can do. If you know how to make pivot tables, run and write macros, and visualize data in Excel, write that.

Don’t assume that merely listing “Excel” among your skills is enough for the recruiter to assume you know your way around this piece of software.

Mentioning you’re good at something may prove challenging at first.

Bookmark this article. Re-read our tips when you’re in doubt. Follow the links, they’ll explain in detail what you need to know.

The take-home message for women job seekers is: Yes, you will get rejected. Pretty much all of us will.

Yes, you can show off your skills in a reasonable manner without coming across as boastful. And yes, you can ask for appropriate compensation when looking for a job.

The MARS by SHEROES program certifies Indian women as MARS Certified Remote Professionals (MCRP) so they can find part-time or full-time remote work in India.

Start working remotely as a MARS Partner and realize your dreams of finding remote work from home for women in India.