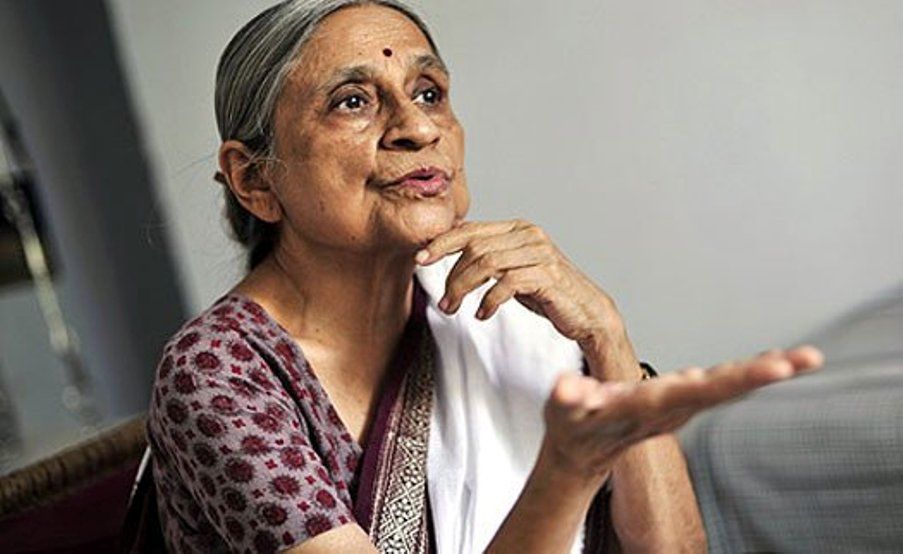 Ela R.Bhatt is one of the most remarkable social woman entrepreneurs India has ever seen. She has dedicated her life for the development of the oppressed and poor woman workers in India. Fondly called the gentle revolutionist, she founded the SEWA (Self Employed Women’s Association) 30 years ago.

Through the concept of microfinance, the SEWA bank empowers poor women throughout the world. Initially started to help Indian women, the trust has now branches worldwide to help women, improve their quality of living.

Ela Bhatt founded the SEWA to guide women, no matter how poor or uneducated they were, to develop the ability to solve their problems. The SEWA today is one of the best programmes for women and a microfinance model for organizations throughout the world.

With a population consisting of 1.2 billion people, India still has around 350 million individuals living below the poverty line. This indicates that one of every three Indian does not have even the basic requirements like education, nutrition and health care.

Social entrepreneurs work to uplift the deprived sections of society and help them lead a better life. They focus on bringing changes in systems in society, rather than depending on businesses or the government. Though the concept of social entrepreneurship evolved several years ago, it has only recently become a corporate idiom.

India has some successful woman entrepreneurs working for social causes. Many women are turning towards social entrepreneurship because they have the tendency to work in a heart-centred way – an innate quality of feminine expression.

Ela Bhatt during the struggle for Indian Independence carried forward the leadership of Gandhiji beyond political independence to economic self-reliance. Ela was greatly influenced by the writings of Gandhiji and Tolstoy to address social inequalities and injustices prevailing in India.

Ela had a brilliant academic career graduating in law with a gold medal. After completing her formal education Ela joined the textile labour’s association in Ahmedabad.

It was then that she noticed those self-employed women workers worked for ridiculously long hours every day under the most hazardous working conditions with measly wages with absolutely no economic and social security to bank on. She brought this to the notice of politicians and bureaucrats.

In 1972 Ela founded the grassroots development initiative, SEWA, which aimed at the simultaneous social and economic empowerment of grassroots women.

Ela went on to become the Chairperson of the Indian School of Microfinance for Women. In 1987 she headed the National Commission for Self Employed Women. She was then nominated by the President to be a member of the planning commission of India.

Today Ela Bhatt is an acknowledged leader of the International Labour Cooperative Women’s Microfinance movement. In 1984 she got the Right Livelihood Award which is the alternative to the Nobel Prize. She has also been the recipient of the Global Leadership for Lifetime Award by the Women’s Global Summit held in Mexico in 2005 and the Legion of Honour from France.

Harvard, Yale and other eminent universities have honoured her with honorary doctorates. She has been included in the select group The Elders by Nelson Mandela to contribute her wisdom, independence, leadership and integrity to tackle some of the world’s toughest problems.

Ela has worked extensively with women rag pickers. She has observed, “A woman who has no money will send herself out like a rag picker. A ragpicker the lowest income among the urban poor. She will pick the kind of trash that can be turned into cash at the end of the day and feed the family. She may have earnings today but if it rains she has nothing tomorrow.”

“The prices of the raw materials of rag pickers fluctuate from area to area depending on the dealer and the scrap imported from foreign countries. In the 1970s they made less than Rs200 a month. The rag pickers said that since rag-picking was their profession they had to accept it but they couldn’t accept such low prices in the waste. In order to get a better price, the women decided to sidestep the middle man and the dealer. They bought shares and launched a new cooperative.”

The need for simultaneous economic and social empowerment of women

“For long-term self-sufficiency, poor women need capital formation with access to savings and credit. Asset ownership is the best weapon to fight the powerlessness of poverty. The poor also need social security like shelter, health care and child care.”

Ela’s observations are, “Once women see money collecting in their bank account a sea change occurs over them. They have a sense of security and a sense of less worry. They develop more self-confidence. Even their husbands’ attitude softens when they have financial security. They are no longer viewed as burdens or an expense.”

Ela took the example of a tailor, Khana, whose abusive husband’s attitude changed for the better when she became financially independent. She narrates, “Khana, a Sindhi tailor in Dariapur was homebound. In the afternoon while her husband was sleeping she would go out of the house to sell her products for a small profit. Her husband ordered her to stay at home where she belonged.”

“But, on the same day, Khana was back at the shop making her rounds. When she returned home she found her husband waiting with a stick in his hand furious. He hit her until the neighbours intervened. Khana was still back at the shop. A few days later a cooperative offered Khana a job at Rs 500. A few days later Khana’s husband arrived at her workplace with a hot tiffin lunch from his side.”

“Like Khana women going out to work faced similar reactions from their husbands and family in varying degrees. But gaining economic security helped them to settle their domestic problems with some confidence.”

Ela has observed that capital erosion can happen at an instant for poor women. She says, “A single bout of ill health, riots, curfews, earthquakes, floods, famines and HIVs can wipe out life savings in an instant. Seva (the grassroots development initiative founded by Ela) began to realize that insurance is an essential component.”

“We encouraged long-term financial planning and asset-building programmes among women. We encouraged women to go for insurance coverage for sickness and accidents. The government can support such efforts by contributing equity. This needs a major policy shift at the national level.”

“Public money available from government plans and projects have remained long distant from women. Though recently more public policies and programmes have been focused on women to come out of poverty. But this is still not enough.”

Ela Bhatt summed up her speech by emphasizing the inseparable nature of social and economic empowerment for women which is crucial to give rise to a peaceful, constructive and non-violent society.