Third Eye: Feminism Through The Lens Of Fashion 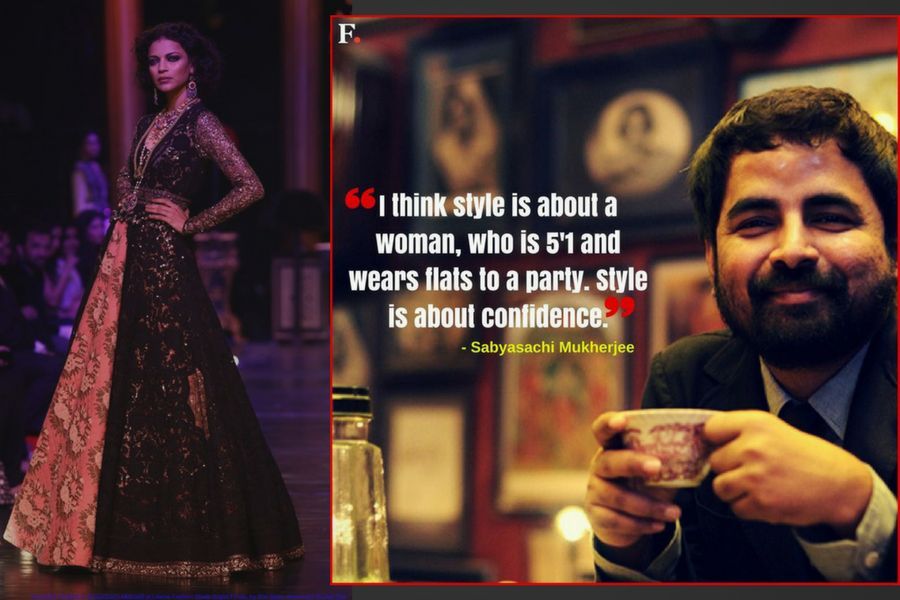 Style is about a woman, who is 5’1 and wears flats to a party. ~ Sabyasachi Mukherjee

Feminism is a school of thought that focuses on gender equality and liberation, with the aim of establishing equal opportunities for woman.

When observing the feminist movement through the eye of fashion, the sentence might sound like a paradox to some. The fashion industry has been considered an industry which showcases women as objects and props.

In fact, many critics believe advocates of the feminist movement should have zero fashion sense. Elaine Showalter, the prominent American critic, and feminist, once said her love for fashion is considered a shameful secret by many people.

People have a notion that feminism is all about serious issues and objectives for women, rather than trivial matter like beauty and fashion. A feminist cannot look beautiful, because she has more important matters to deal with.

But, who decides what a feminist wants? Isn’t it the primary objective of the whole movement to give the women the right to do the things they want to do?   Isn’t judging women on their look and appearance just the opposite of what feminism holds dear?

People tend to overlook the fact that the perspective of society decides the movement of the culture. If people cannot change their attitudes, their judgment is going to affect the way women dress and look.

However, if feminists ignore the fashion and beauty industry, it is going to continue showcasing the very stereotypes feminists detest so much.

The Feminist Movement And The Influence Of Fashion

If one looks back into history, while women were fighting for suffrage in the early twentieth century, they used style as their tool of protest. The suffragists wore jewellery in green, white and violet to make a statement.

The first letter of colour G, W, V became an acronym for giving women votes. Another example of women using fashion to make a statement in a patriarchal society was seen in the 1980s. This time the women started wearing men’s clothing to get better opportunities in the socio-political sector.

These women wore tailored suits just like men, to prove their point. Their style was the replica of the male fashion. However, these clothes too had a definite feminine touch to it.

The addition of pearls and lace were incorporated into the dresses to show that women could be powerful without losing their feminine touch.

The Stereotyping Of Women

According to Dr Newman, a prominent psychoanalyst, women wearing pantsuits in the 80s were considered strong, opinionated, and hot-headed. They were viewed as feminist, and back then, it was not a compliment.

The situation has changed a bit, but women are still stereotyped. In many parts of the world, they have the freedom to wear what they want, but the judgment they endure as a result can be daunting.

For example, Hilary Clinton has received the most negative media attention for her attire. The media has continuously been obsessed with what she wears, rather than what she says.

In Asian cultures, the same judgmental attitudes exist. The stereotyping of women continues to prevail in modern times.

Fashion, as a medium, helps women express their thoughts, ideas and identity, while the fashion industry helps women to decide what to wear.

Earlier the industry was dominated by the men who were unaware of the needs, choices, and requirements of women. However, this changed around the 1960s and 70s.

During this time, women finally started taking charge of their attire and were now buying merchandise and mixing them to create a new look. Fashion houses like Calvin Klein and Ralston took notice and started bringing out clothing lines that matched women’s needs.

A prominent fashion designer once said that the way a woman dresses up shows her thought processes and ideologies. Women with confidence and élan can carry off a bright hair colour in vibrant shades. She can dictate fashion and beauty according to her sensibilities.

In the mid 70’s when the women were slowly becoming conscious about equality and better opportunity in the professional life, they started choosing men’s wear as preferred clothing.

Calvin Klein understood this shift in preference and 1977 launched their clothing line. The clothes were based on the style of men’s clothing and used elements of menswear.

They launched jackets, shirts, and skirts in softer fabrics like cashmere, Carmeuse or thin velvets. These clothes reflected the dominant side of the women who wore them and wanted to be seen as equal to male co-workers.

In the late 70’s, Diane von Fürstenberg started her clothing line with practical and comfortable clothes. These dresses helped working women get the job done quickly.

These outfits are still fashionable among women. The suit was the combination of practicality and conservative in nature. Women looked powerful in these clothes, but never too intimidating.

Women’s clothes have always been designed to showcase the body of the wearer. Women themselves have consciously or unconsciously promoted this idea.

For example, the corset dresses worn by women in the Victorian Era. These dresses had a firm orthopaedic support, over which layers and layers of fabric were laid.

In these dresses, women could not run, had breathing difficulties and could not eat freely. These dresses were the true representative of the ideas and notions of the society in which they lived.

However, with increasing awareness of women rights and the women’s movement, these tight dresses were eliminated from a women’s closet, and in their place, more comfortable and practical clothing was restored.

Here are some of the qualities of practical clothes that attracted the attention of women:

The dresses were comfortable to wear and did not need any assistance in wearing them. They required a minimum amount of accessories. While wearing them, women were not expected to sport a high heels sandal or a clutch.

Such practical dresses gave women the independence to move freely. Also, these dresses were lightweight and made of natural fabric. They ensured comfort as well as style. It was for this reason that many working women took to wearing these dresses at work.

Modern fashions have an easy day to night transaction. Women can wear them comfortably at formal or casual events without feeling out of place.

These outfits gave women the confidence to carry out tasks they needed to. They could wear them while attending their daily chores or could team it with minimal accessories for special occasions.

Dresses such as Kurtis were ideal for the climate of the location they were work in. Women felt more comfortable in them during hot summer days or cold winter nights.

In the old days, fashion did not incorporate these ideals. It created heavy and layered dresses that were very uncomfortable to wear.

The fashion industry has helped women present their thoughts and ideologies to the world. From the days of advocating for rights to vote, to wearing power suits that helped them lay claim to equality at the professional level, fashion has been both, a women’s constant companion and a reflection of society’s mores.

Harsh is the co-founder Fynd a first-of-its-kind, e-commerce fashion platform, with a live inventory of 8K plus stores catering to more than 8 million customers. He is an engineer from IIT Bombay and has 7+ years of experience in the field of Fashion Retail, Hospitality, Management Consulting and Human Resources. He is currently working on expanding Fynd’s presence on to the global radar.