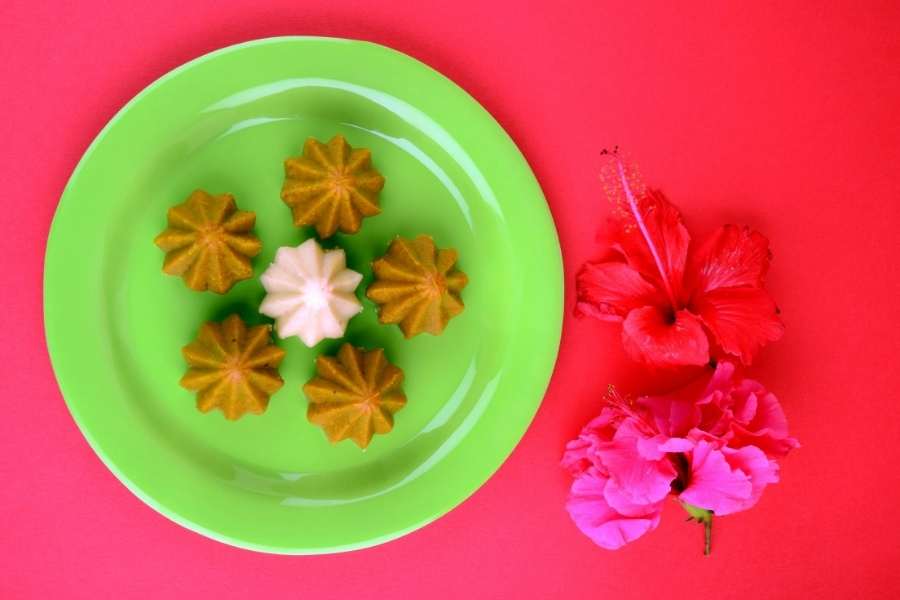 Ganesh Chaturthi or Ganesh Chaturdashi is a Hindu festival that celebrates the arrival of the elephant-headed God, Ganesh, to earth from Kailash Parvat (the Kailash mountain) with his mother Goddess Parvati (also known as Gauri).

As part of the Ganesh Chaturthi preparations, families install a Ganpati murti (Ganesh statue) in their home and observe a number of rituals for Ganesh Chaturthi, including the Ganpati puja, prayers and brata (fasting).

After the 10 days of Ganesh Chaturthi celebrations or at Ganpati Visarjan time, the Ganpati murti is carried in a public Ganesh Chaturthi procession with music and chanting to a nearby water body for immersion.

According to the story of Ganesh Chaturthi, when the clay idol dissolves, Ganesh is believed to return to his parents, Parvati and Shiva, at Mount Kailash.

This festival is characterized by massive processions for Ganesh Chaturthi in Mumbai, Pune, and parts of coastal Maharashtra, Goa, Gujarat, and other states in India.

For our Ganesha Chaturthi special on the SHEROES app for women, we ran a recipe contest for the most popular Ganesh Chaturthi recipes or Ganpati recipes, and (to no one’s surprise) most of the submissions were of Ganesh Chaturthi sweets.

So here are some of the best Ganesh Chaturthi recipes from SHEROES members.

This Ganesh Chaturthi modak recipe was contributed by Madhuri Shelar. As modak is supposed to be a favourite food of Ganesha, it is literally the food of the Gods, so we know you’ll love this delectable Indian sweet recipe.

First, prepare the stuffing for the modaks from jaggery and coconut. In another Kadai, boil ¼ cup milk, ¼ tsp salt and 1 tsp ghee.

Turn off the flame and add 1 ½ cup fine rice flour. Mix the flour well with milk and do not worry if the dough is dry. Cover and allow to rest for 3-5 minutes.

Now transfer the rice flour mixture into a large mixing bowl. When the flour is still hot, knead it with your hand. Sprinkle milk, if required, to form a smooth and soft dough.

Pinch a small lemon sized ball and flatten it. With the help of both thumbs start pressing the edges and create a dent in the centre. Slowly press from edges till it forms a cup.

Start creating pleats with your index finger and thumb. Now, scoop a tbsp of prepared coconut-jaggery stuffing and get the pleats together to form a bundle.

Close the top by pinching the pleats together into a point. Place the modak in the steamer leaving gaps in between. Cover and steam the modak for 10 minutes or till a shiny texture appears on them. Serve along with warm Ganesh Chaturthi greetings.

Heat a pan on low heat. Add rava and ghee. Mix well and roast the rava on medium heat until it turns reddish. Add boiling hot water. Add dry fruits. Mix well. No lumps of rava should be formed.

Add sugar after the rava absorbs all the water. Add cardamom powder and stir well. Cover and cook for 5 minutes on medium heat. Remove the lid and stir well.

Add ghee. Mix well. Turn off the heat and the sheera is already. Decorate with dry fruits and your Ganapati Bappa’s Prasad is ready.

In Maharashtra, modak is a traditional recipe and everyone makes it a little differently. When the Ganpati festival is round the corner, it’s time for making modak. Priya Satish Kadam contributed this fried Ganesh Chaturthi modak recipe which serves 4 to 5 people.

Take wheat flour in a bowl. Add salt and ghee mix them and pour water to make a thick dough. Leave it for 10-15 minutes.

Cut the dry fruits finely. Heat the pan and put 1 tbsp ghee in the pan.

Lower the flame and put the poppy seeds in it, add dry fruits and grated coconut and cardamom powder.

Add jaggery and turn the gas off. Mix completely and the stuffing is ready. Cool it.

Make 21 small-sized pieces of the dough. Roll every piece into a puri, add stuffing and make pleats. Press them together and seal properly.

Heat up oil in a deep frying pan. Drop the modaks one by one and fry until they are nicely golden. Take them out and transfer them into a dish. Your fried modaks are ready for Bappa’s Prasad. Also, eat after Bappa’s naivedya (offering to God).

Kheer is another popular Indian dessert and the perfect Ganesh Chaturthi sweet to enjoy after your delicious Ganesh Chaturthi lunch or dinner. This recipe for Gulabi Broken Wheat Kheer was contributed by Arathi Raghuveer.

Take a saucepan, add a tablespoon of ghee and fry the broken wheat on low flame until the raw smell vanishes. Pour the wheat into a bowl and add one cup of milk into it. Pressure cook until soft.

Pour the contents to a saucepan. Add the remaining milk along with condensed milk, saffron, brown sugar cardamom powder and rose essence and let the mixture cook for 3 to 5 minutes.

Modakalu is one of the most popular Andhra recipes for Ganesh Chathurthi. It comes from the South Indian state of Andhra Pradesh. This Modakalu recipe was sent in by Shaina Verma and serves two people.

To prepare this delicious recipe, take a pan and add grated coconut in it. Dry roast the coconut and keep it aside. Now, take another pan and add 1 cup water in it.

Bring it to a boil. Then, add jaggery and allow it to dissolve. When the jaggery mixture starts to thicken, add the roasted coconut.

Mix well and bring the flame to medium-high. Then, add cardamom powder and stir well. After a few seconds, turn off the flame, remove and keep the mixture aside.

Now to prepare the dough, add rice flour in a bowl and add 1 cup of hot water in it. Add sesame oil and salt. Stir the mixture well and make sure that it is free of lumps. The dough should not be too tight.

Now, take a portion of the dough and with the help of a rolling pin, shape them into small cups. Add a spoonful of the coconut-jaggery filling and close the edges of the dough by using your hands.

Cover and then steam cook the modaks until done. Once done, transfer these little delights on a serving plate. Serve with warm Ganpati wishes.

This recipe for Pidi Kozhukattai (or Modaks in Tamil) comes from the South Indian state of Tamil Nadu and was contributed by Deeparani Hari. It serves 4 people.

First, in a medium flame, roast rice flour in a pan until the raw smell goes away. Then place it in a bowl. Take a pan, add Jaggery and water in the same amount and boil it. Once it’s dissolved, drain the jaggery syrup in a different bowl and heat on a low flame.

To this mixture, add a pinch of salt, 1 spoon ghee and 1 cup grated coconut and stir well. add cardamom powder to it. Then little by little, add the rice flour to it, mix it well in a spoon and make sure all are mixed together well. Once it’s cool enough to hold in your hands, make pidis by pressing the mixture in your palms (as in the image above).

Then prepare an idli vessel with water, coat the plate with a little oil and place all the Modaks or kozhukattais in it and cook. Once cooked, serve this Indian sweet for your Ganesh Chaturthi celebrations.

Did you enjoy these Ganesh Chaturthi recipes? Share your own Ganpati recipes in our women-only recipe sharing community on SHEROES.

We wish you an eco-friendly Ganesh Chaturthi with your family and friends!