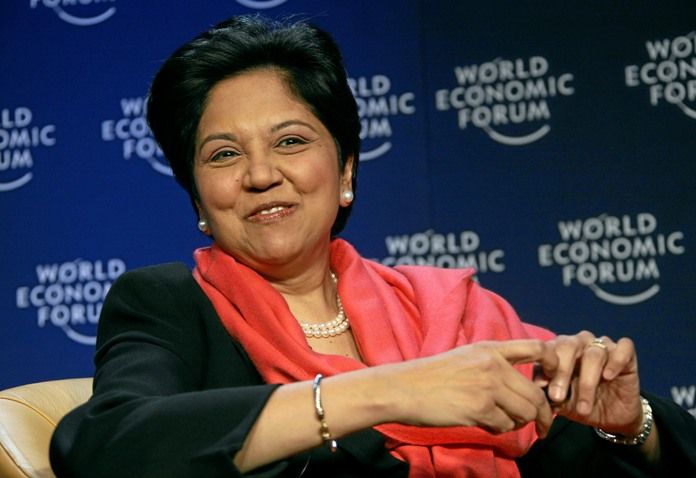 These 10 inspiring Indian women are role models for teaching us to look beyond gender stereotypes and paving the way to empowerment for us all.

A transition is always a tough place to be in, especially when you’ve been indoctrinated from birth to think a certain way.

In the current frame of existence, Indian women are right in the midst of a confluence, caught between the two storms of patriarchal conservatism and that of freedom and self-acceptance.

Two opposing schools of thought fight in the battlefield of a woman’s mind giving her a confused sense of identity. Luckily, day by day, women all over India are standing up and standing out like beacons to others to embrace themselves.

With the desire to break free clashing with the equally powerful instinct to follow deep-rooted conditioning, what has emerged is the realization that one does not need to belong to one or the other.

After centuries of injustice, a woman can be her true self. Gender stereotypes no longer have a place in this age of Individuality.

While conversations on women’s rights are taking place all around the world, the patriarchal way of living has not and cannot be transformed into an equitable system overnight.

There is still a lot of growth needed for that but just the thought of knowing that it is possible to fight for women empowerment in India has made a positive and powerful impact on how women view themselves.

These 10 pioneering Indian women are role models for teaching us to look beyond gender stereotypes and paving the way to empowerment for us all.

Even so many decades later, her presence still remains, like the light of a star that can be seen even years after it has fallen.

Mother Teresa is recognized as one of the most selfless beings in the world for her work in uplifting the poor and for electing to live among them to understand their hardships better.

Her contribution was recognized by the Nobel peace prize that she received in 1979.

At a very young age, Mother Teresa felt her calling to religious service. She took her vows as a nun in 1937.

After a few years of being a teacher near the convent she was in, she decided that her true calling was to live independently among the poor and serve them from there.

She spent the rest of her life making things better for the poor with selfless devotion.

Indira Gandhi is to date, the only female Prime Minister of India. She held this post for 3 consecutive years and went on to serve an unprecedented fourth term.

Indian freedom and therefore the politics was still in a nascent stage during her time and she did much to shape a newly birthed India as a democratic country.

A key figure in the Indian National Congress, she did not let setbacks like being ousted from the party deter her from her vision.

She founded a new party and inspired many to follow her. Her indomitable spirit is certainly an inspiration to women all over the world.

Kalpana Chawla was the first woman of Indian origin to venture into space as an astronaut.  Her life tragically ended in the Space Shuttle Columbia when the shuttle exploded on reentry into Earth’s atmosphere due to technical faults.

Her career at NASA began with duties of researching Computational Fluid Dynamics for take-off and landing procedures. She was a Certified Flying Instructor when she applied for the NASA astronaut corps.

On her first flight aboard the Columbia in 1997, she logged in more than 367 hours in space. However, a malfunction occurred in the satellite that she was responsible for deploying.

Despite the malfunction not being her fault but that of the ground and flight crew, she was given technical duties for 6 years until 2003 when she finally went on her second flight mission into space that ended in the tragic explosion.

She was posthumously awarded the Congressional Space Medal of Honor for her service to the United States of America.

Indra Nooyi made the world sit up and take notice when she became the CEO of the world’s second-largest corporation in the world.

As a child, she excelled in academics and went on to attend IIM Calcutta and subsequently, the Yale School of Management.

She has several achievements to her credit. Forbes ranked her 4th in the list of the most powerful women in Business of 2008. Not content with being second best, she then bettered her own ranking by topping the list in 2009.

She has a long list of titles to her credit including the third most powerful mom in the world.

Miss World of 1994, Aishwarya Rai Bachchan has come a long way since her modelling days.

Her dazzling beauty made many participants back out of the Miss India contest because they did not dare contend against her.

She has used her prominence to be a part of many charities and social causes like eye donation and eradication of Polio.

Her wax statue stands at Madame Tussaud’s museum in London as a testament to her beauty. She also has a tulip in the Netherlands named after her.

The beauty queen is actively involved in raising awareness of the UN’s poverty alleviation efforts.

Another Miss World, she is currently making waves all around the globe with her beauty, wit and acting skills.

Apart from being an actress in Bollywood and Hollywood, she dabbles in film production, singing and social work.

She has won the National Award and numerous Filmfare awards. In India, she has been awarded the Padma Shri, the fourth-highest award for civilians.

With her debut as the main protagonist of the successful American TV show, Quantico, she became the darling of the media all across the world.

Trained as a lawyer, Ela Bhatt is a major figure in international movements for various causes including and especially women’s rights.

In 1972, Ela founded the Self-Employed Women’s Association of India (SEWA). She held the position of  General Secretary from 1972 to 1996.

She is the recipient of several national and international awards, including the Ramon Magsaysay Award (1977), Right Livelihood Award (1984) and the Padma Bhushan (1986).

Ela is a strong advocate of equality for women and girls, especially on the issue of child marriage and works towards this goal along with The Elders.

The Elders are an International organization of global leaders brought together by Nelson Mandela in 2007 to work for peace and human rights. They work independently from any governmental organization.

Magnificent Mary has more than earned the epithet. She is an Indian Olympic boxer who has made waves in international sports by becoming the World Amateur Boxing champion for a record six times.

She is also the only woman boxer to have won a medal in every one of the seven world championships. She has broken barriers to make firsts with her fists both as a woman boxer and as a boxer of any gender.

Dipa has a string of ‘firsts’ to her name including a gold medal in the vault event of the FIG Artistic Gymnastics World Challenge Cup at Mersin, Turkey on July 18th.

She is one of the only five women who has successfully landed the Produnova, which is regarded as the toughest vault currently performed in women’s gymnastics.

Her journey to bronze and gold wasn’t easy. She had flat feet which could adversely affect a gymnast’s performance. She trained extensively to develop an arch in her feet that would later spring her to success.

Karmakar is a recipient of the Padma Shri and the Rajiv Gandhi Khel Ratna award.

She is the executive director of the Wildlife Protection Society of India, an organisation she founded in 1994 to stop the poaching of wild animals especially tigers.

Growing up as she did in the tiger-infested jungles of Bihar, she was sensitized to the plight of wild creatures from the beginning.

She became a very successful wildlife photographer and even bagged two Emmy awards for her film, Land of the Tiger.

She has put her own life at risk to save hundreds of creatures and was brave enough to go on undercover missions by posing as a potential buyer and exposing the extent of the wildlife skin trade in Tibet.

Like the ones on the list, there are so many women who are breaking barriers every day in every field and showing other women that the fight can be fought.