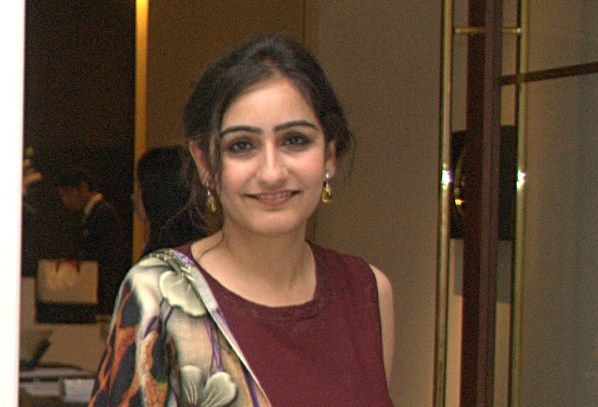 Nidhi Seth founded “Empower” to help Empowerment of Women through various awareness projects. She is one of the Managing Directors of the Luxury Solutions & Board Advisor to ASSOCHAM on the National Luxury Council.

She was recently honored with the “Super Women Achiever Award” at “The World Women Leadership Congress & Awards” where women from 66 Countries were awarded.

She is also State Chairperson of Luxury for All India Ladies League. An MBA in Finance & Marketing, she has worked in various Corporate organisations for 17 years including a few MNC banks.

Naaree caught up with Nidhi Seth to learn more about her Empower Initiative that aims to help victims of Domestic Violence.

Tell us more about the Empower Initiative and what you hope to achieve with it.

Empower is a movement to sensitize women not to silently bear atrocities from their Spouse. More than help them, the need is to mentally attune them to realise that they don’t have to continue to go through the situation they are going through by tolerating abuse.

They have a CHOICE to get out of the situation by not taking abuse in any form. Abuse constitutes verbal, physical, emotional, where a husband would hit his wife causing her physical pain, emotionally blackmailing her and verbally say abusive words to her.

Men who are abusive to women emotionally weaken the woman such that she feels that she is at fault. Such men even cry and apologize that they will not repeat abusing the women, but in actual sense, continue it again again. It puts an emotional drain on the recipient and healing can take ages to occur even when the situation is over.

“Empower, Let’s Be The Change” will try to sensitize women who might be suffering in a similar situation to not suffer silently. Nobody has the right to hit you. DO NOT suffer in silence. Please speak up.

We will try to break this vicious circle by reaching out to women to garner the mental strength to Stand up for their Sake. We will sensitise Women to Be “A Victor” Than “A Victim.”

Though Empower we will reach out to women who will in turn reach out to more women. This chain will surely bring about an evolution. To not let any woman suffer, and to help this world become a better place to live for each human being.

What made you want to help victims of domestic violence and how do you plan to go about it?

There are many other Causes being spoken about like Cancer awareness, etc, but Domestic Violence which is such a sensitive topic is never discussed.

You would be surprised to know that Domestic Violence is prevalent in educated strata as well. And many women bear this silently. Your next door neighbor would be going through Domestic Violence and you would not even know about it.

I felt the need to do so when I realized there are women going through silently for years together. I went through Domestic Violence 10 years back when I was married to an abusive man. I almost saw a near-death experience when he tried to strangulate me.

Although I was an educated girl who had worked in the corporate world for many years, I was in that violent marriage for many months and did not have the mental strength to move away from the relationship, until my family helped me and stood by me.

Men like my ex-husband take advantage of the fact that we women don’t speak up and suffer silently, taking abuse physically, verbally, emotionally, mentally, etc.

I bounced back in life after moving away from the sour marriage and started living life again. People like him not only damage the dignity of one person, but always remain like this. He married another girl and continued with the same incidence of Domestic Violence with her.

When I won the “Super Women Achiever Award” last year at The World Women Leadership & Awards, I realized I need to do something more for society at large and need to speak up, for the sake of women at Large.

To show that we are not Victims but Victors in Life. I will not let another abusive man ruin the life of another girl.

You will be surprised, there are women going through Domestic Violence for years together silently, just because they don’t realize they can live a life of tranquility out of the relationship by speaking up. My aim is to sensitize society so that there is a dramatic shift mentally to support women which are going through Domestic Violence so that they can come out of their situation.

If we now let ourselves be defeated by cowardice, we lose the fundamental essence of humanity, turning us into objects submissive to the authoritarian power that is generating violence and fear in society. We will reach out to women stand up to take action and open the way forward for humanity.

What initiatives do you plan to take?

Causing harm to another human is inhuman, and the perpetrators besides inculcating mental, physical and verbal abuse , demean women to such an extent that they start feeling they themselves are the reason for the Cruelty and they deserve to be in the situation.

Women in such situations get emotionally weak and remain in the situation as the perpetrators manipulate the situation. If you can help one individual, you will help ten. Because in the circle of that one person, there will be ten others whose way will open.

We will reach out to women through Social Media and other events. This will help to create awareness amongst women to stand up against any abuse and to speak up.

We are tying up with Lawyers and other associations to provide emotional support and guidance to women who are looking for any help externally.

One action to consider is that society should boycott and ridicule men who inculcate Domestic Violence. Such perpetrators are freely roaming in society amongst us after hurting, not one but many, women. We, through Empower will encourage society to not support such men but speak up against these perpetrators.

What message would you like women to understand with respect to domestic violence?

Women who go through Domestic Violence, never talk about it as society has conditioned us to remain silent.

And they become emotionally so weak that they start feeling after sometime that they this is their fate throughout life – that they have to undergo Domestic Violence and pretend to have a blissful married life to society.

There are two ways to handle this situation:

One is to mentally and emotionally strengthen women by creating a society that allows women to come out and share what they are going through. The decisive moment when they realise that they will not stand any abuse.

The second is to tackle the situation legally or in other ways.

The biggest problem I think is the mental and emotional low that women who are going through. They do not realize that they should not stand through any abuse even for once, as people who inculcate Domestic Violence promise to change, but never change.

• To sensitize women to never tolerate any kind of abuse at any level-physical, verbal, emotional. Do NOT tolerate any of these.

• To never put up with abuse, no matter how contrite your partner is later. An abusive person rarely reforms. If you condone the first offence, chances are you’ll end up in a vicious circle of abuse – adoration – more abuse – apology. An abusive can really be manipulative. To sensitize women to come out of this vicious circle.

• Forgiving an errant partner is fine only if your partner has his basic values right. If your partner however makes his errors his habit, he will not change. He is just faking an apology.

• Don’t fool yourself that the situation would change automatically, and that your partner will improve. If he is abusive or an alcoholic, he does not care for basic human values.

It is not easy to end a bad marriage. It is difficult, traumatic and hurtful. There is nothing more destructive than a damaged relationship. If the air you breathe in your house is foul, how healthy can be your life as a couple?

An enriching marriage is one which is based on love and respect. It should help both partners grow.

Do not tolerate abuse in the name of adjustment. A person who inculcates physical abuse on his wife is committing an act of inhumanity.

So stand up & don’t take abuse at all!

Some studies show that nearly 7 out of 10 women in India have suffered some kind of Domestic Violence. Most of the cases are unaccounted for.

Domestic Violence is prevalent both in educated & uneducated strata. It is surprising to see that it is more silent in the educated upper strata, where women bear atrocities silently and the men pretend to be the perfect husbands.

In many cases of abuse, women are hit badly and asked to cover up their bruises and lie to society that she fell down, etc. If she does not agree to the perpetrator’s demands, she is hit even more and sometimes maligned with false allegations. Such men fake an apology and continue to make their violence a habit

• An abusive person will try to put you down in front of people at every opportunity.

• An abusive husband will either have a drinking problem, a false ego problem or a feeling that he is superior in everything.

Each of us can help. Turn around and see if there is anyone in your neighborhood or friend circle who is going through Domestic Violence. Maybe you can make a difference.

Many women bear this through silently. Let’s stand up to take action and open the way forward for humanity. You can empower women to stand up as self reliant beings able to break thru crisis and redirect their lives to a better future.

EMPOWER WOMEN TO EMPOWER THE NATION. Let’s Be The Change!