10 Persuasion Tips To Influence Anyone You Desire 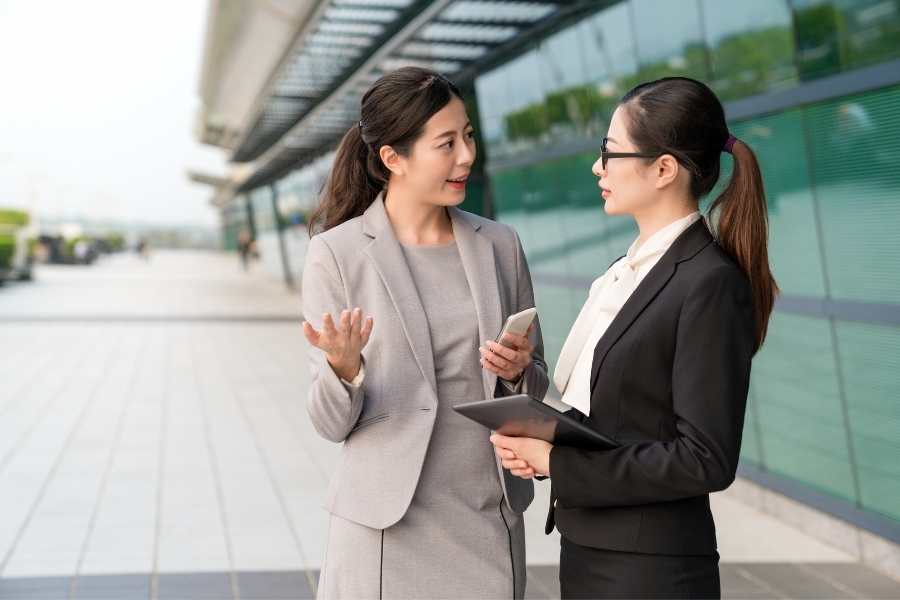 Having exceptional persuasion skills is one of the most essential abilities to possess. Here are some persuasion tips to effectively influence anyone you desire.

We need the support and cooperation of other people to help us in our goal-setting efforts. Having exceptional persuasion skills is one of the essential abilities to possess in today’s fast-paced society.

7 Persuasion Tips To Reach Your Goals

The saying “No man is an island” is an undeniable truth. Here are some hot persuasion tips to effectively influence and persuade anyone you desire.

Persuasion Tip#1: Be nice and friendly

The #1 persuasion tip is to smile to brighten up the day. Make a sincere compliment to encourage and raise their spirits. Simple little things like these count a lot.

Make them feel that whenever they need support or just someone who can give them guidance, you’ll always be there to lend a hand. They would tend to be more receptive to people that they trust and respect.

If you want to ask your boss a favour, do everything you can to please him. Overdeliver and exceed his expectations. Soon, he will notice your efforts and can easily be receptive to your persuasion efforts.

You must understand the situation according to their point of view. Set aside your personal interests and focus on them. Just pretend that if you are them, what would you do?

What would be your suggestion? Then take the appropriate action that would be beneficial to them. Copy them. Observe how they act, how they speak, and how they think.

If they rub their hands while they talk to you, act like them. If they speak at a clear and slow pace, try to do the same thing. This is called mirroring. In due time, the people you’re mirroring will subconsciously feel more comfortable with you. It’s as if they see themselves in you.

However, you must proceed with caution. Mirroring is different from mimicry. Do not let them be aware that you are copying them. They might interpret it as mockery and you’ll just get into hot water.

Media experts know that in order to help your audience comprehend their message, they need to communicate it in the language and idiom of their target audience.

Would you see them trying to broadcast English advertisements to a rural audience that very clearly speaks only Hindi? That would just be insane, wouldn’t it?

Translate all your communications into the native language, so they can be understood without any effort on your part. Do the same for all your company’s communications in all the regions you operate in, no matter that you have to spend more time and effort translating them.

Ever wondered why movies and video are so popular with the masses? Because many people don’t absorb written (i.e. text) information well. Also, movies entertain and educate while communicating a story. You are most persuasive when you use a story to communicate.

Armed with the knowledge that your audience would understand a message better when it is communicated through a story with images, sound and text, you can use a story for better communication and to persuade your audience.

This persuasion technique rests on a person’s need to remain consistent with what he has said or promised. People who say one thing and then do another are generally unapproved of.

In order to be accepted in society, people do their best to stick to their words. It’s a matter of honour and integrity. The more a person values these concepts, the more he will stick to his word. You can easily use this to your advantage.

For example, if Senator A has recently announced his commitment to the environment, it would be a good time to solicit help for your eco-friendly organization. After all, he has just said it himself. Backing out now would diminish his name.

Explain to them how your ideas or opinions could be the most effective methods to implement.

Show them undeniable proof that you have the best product by way of testimonials, before and after scenarios, and detailed comparisons against your competitors.

Just make sure that all your claims are true and verifiable. Always maintain a good reputation.

Let’s face it. People can be greedy sometimes. But when it comes to persuasion skills, greed is not something to frown upon; it’s something you use to get people right where you want them!

Are you selling lottery tickets? Appeal to people by regaling to their tales of what could be. Are you selling jewellery? Get people to buy them by way of compliments. Tell them how great the stones look on them and how they’ll be the envy of everyone else.

Persuasion Tip #8: Use the word “because”

How often do we use the word “because” in a real sentence? In my opinion, we don’t use it often enough. Sure, we use it when writing letters, but do you have any idea how powerful this word is when used verbally in an actual sentence?

That word alone gives you an air of maturity and credibility that will always work to your advantage.

Being self-centred is basic human nature. People usually attend to their own concerns and well-being before attending to others. If you can prove that your proposal will provide more advantages to them than to your own, then they will probably accept it.

If you could concentrate more on their interests, desires, needs, and expectations, then you would satisfy their cravings for attention. Moreover, it would show that you really care about them. Mutual trust and respect would be established.

This is the most important thing to remember when persuading anyone. No matter how close you are to becoming like them or how compelling your evidence is, if it does not satisfy the “What’s In It For Me?” test, your persuasion endeavours will not produce satisfactory results. Always bear in mind how they will benefit from your actions.

Persuasion Tip #10: Speak to the lowest-common-denominator

Have you seen ads or films that don’t even require words to communicate a message? Remember the silent version of the Indian National Anthem that used hearing-challenged kids with sign language?

Did you not sing the words along for them while it was being played? The messages that communicate to the widest audience are those which appeal to the lowest common denominator – human emotions.

Use emotions to strike a chord and your message will not only be heard but felt. That’s an effect no Powerpoint presentation can achieve.

This article was adapted from an article by Michael Lee, Author of How To Be An Expert Persuader.