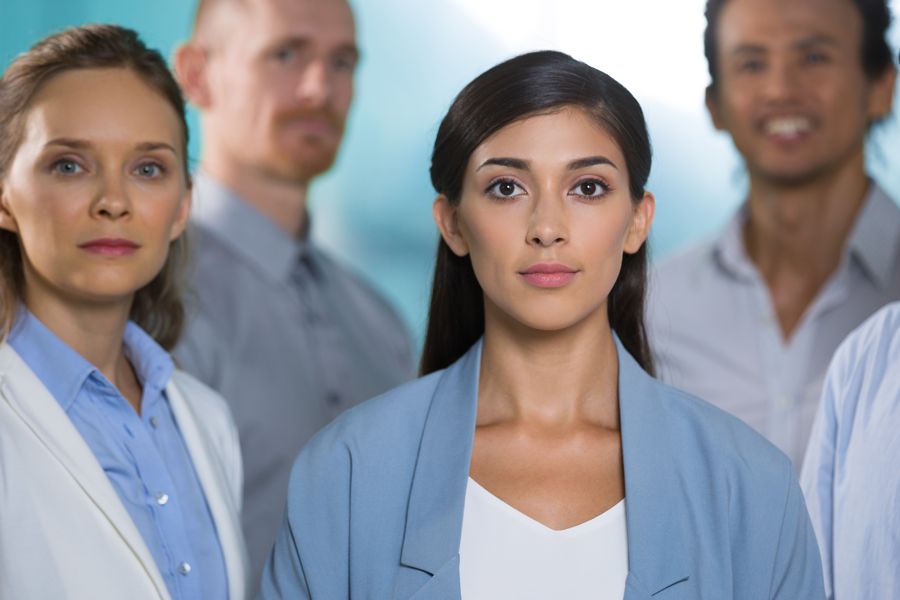 A single career woman or single working woman is a concept that many Indians find puzzling. But if you love your career, here’s how to fight societal expectations and go for your dreams.

In the old days, a woman’s identity was always seen in terms of her relationship to another person – either her father or husband or child. That’s why the relatively new phenomenon of single working women is a concept that some Indians find puzzling.

What is a woman without a label? So let me introduce you to the name of yet another box for a woman to fit into. That of the Single Career Woman.

So What Exactly Is A Single Career Woman?

The Single Career Woman is a new type of beast, a product of technology and suppressed ambition, where women choose to concentrate on her career rather than find a husband.

While it’s probably well-meant, the name itself is misogynistic because it implied that a career is something that is secondary to her role as wife, mother, daughter or daughter-in-law.

After all, no one addresses a male as a career man. God forbid that women have individual traits of their own and don’t fit into any of society-sanctioned roles.

The mentality is that women are only made for housework and cooking. They supposedly exist as a secondary being who puts the needs of her husband and children before her own.

Thanks to globalization, women are learning their rights and acknowledging their ambitions. Rather than entering or staying in an unhappy, restrictive marriage, women are electing to stay single and have a life that allows them to pursue their goals.

Plus, with the increased cost of living, women strive for financial stability rather than depending on their family.

What Are The Challenges That Single Working Women Face?

The single career woman’s first battle is in her house. Worried about safety, families often restrict women from working late.

Another fear they have is that their name will be tarnished if they have a daughter who returns home late because girls who stay out are considered to have a ‘loose’ character.

Families often tend to repress a woman’s ambitions while elevating a man’s achievements, even if she has better skills. If she survives the barrage from her family, she is already weakened for the battle that workplaces provide.

For starters, mistakes that men make are twice as likely to be brushed off than those made by a woman. The Single or Married career woman has to work much harder to prove that she deserves equal treatment.

Here is a parable that best explains this mythical creature called work-life balance.

A young woman once decided to seek the secrets of work-life balance from a wise Sage who lived at a castle. This young woman knew she would have a hard time crossing the desert to reach the mountain so she trained herself and successfully crossed the desert.

Wearily, she knocked at the castle door. Once she was inside, she saw that the castle was a hive of activity. The room in which this Sage gave an audience was filled with petitioners who wanted answers to their questions.

The Sage talked to everybody, and the young woman had to wait for two hours until it was time for her audience.

She listened attentively to the reason for the woman’s visit but told her that at that moment she did not have the time to explain to her about Work-Life balance.

She suggested that the young woman take a stroll around this castle and come back in two hours’ time.

“However, I want to ask you a favour,” she added, handing the woman a teaspoon, in which he poured two drops of oil. “While you walk, carry this spoon and don’t let the oil spill.”

The young woman began to climb up and down the palace staircases, always keeping her eyes fixed on the spoon. At the end of two hours, she returned to the presence of the Sage.

“So,” asked the Sage, “Did you see the Persian tapestries hanging in my dining room? Did you see the garden that the Master of Gardeners took ten years to create? Did you notice the beautiful parchments in my library?”

Embarrassed, the young woman confessed that he had seen nothing. Her only concern was not to spill the drops of oil that the sage had entrusted to her.

“So, go back and see the wonders of my world,” said Sage. “You can’t trust a person whose house you know nothing about.”

Now more at ease, the young woman took the spoon and strolled again through the palace, this time paying attention to all the works of art that hung from the ceiling and walls.

She saw the gardens, the mountains all around the palace, the delicacy of the flowers, the taste with which each work of art was placed in its niche. Returning to the sage, she reported in detail whatever she had seen.

“But where are the two drops of oil that I entrusted to you?” asked the Sage.

Looking down at the spoon, the young woman realized that she had spilt the oil.

“Well, that is the only advice I have to give you,” said the sage of sages. “Work-life balance lies in paying attention to what happens around you but never forgetting the two drops of oil (your family and friends) in the spoon.”

In a less enlightened world, work-life balance is defined as the ability to work in an office all day and also manage a home and a family perfectly.

However, experts at UC Berkeley and Berkeley Haas prefer to use the term, Work-Life Integration, instead of Work/Life Balance because the latter evokes a binary opposition between work and life.

As they note, the traditional image of a scale associated with work/life balance creates a sense of competition between the two elements.

Work-Life Integration instead is an approach that creates more synergies between all areas that define “life”: work, home/family, community, personal well-being, and health.

When women started demanding the right to work, society grumbled but reluctantly granted permission long as the woman completed household duties first. However, like the unicorn, work-life balance is a myth.

There will always be something that you will have to deal with at the expense of your family and vice versa. Offices often dismiss single women because they supposedly have no duties to carry out.

There is a complete disregard for a woman’s choice to be single. The mentality is that if a woman does not have a husband and children to go home to, she is available to work late hours.

Employers too hesitate to hire women because they assume that she will marry and require maternity leave when she has a child and she won’t stay late hours to work.

Statistics show that the Single Career woman is more likely to be successful in work goals. Their married counterparts have a tough time juggling both.

Indra Nooyi, who recently stepped down from her position of CEO of the world’s second-largest corporation, PepsiCo, has spoken about the trials of being a hotshot CEO and a mom at the same time.

The night she was appointed PepsiCo’s new CEO she got home and told her mother about it. Her mother response was to tell her to go out and get milk explaining that inside the house, she is not a CEO. Several women corroborate similar experiences.

For centuries, women have been subjugated and told that they are inferior to men. Females have been held to a strict code of morality. ‘Boys will be boys’ is an adage that has been used to brush off mistakes made by males.

This mentality does not change in the workspace. It results in women being fired for mistakes that their male counterpart would have gotten away with.

Even when women do take up careers, they are not supposed to outshine male colleagues or male family members. And of course, we cannot ignore the existence of the pay gap. Men are given higher salaries than women for the same job.

Even though I earn much more than my brother, my parents tend to take his job and professional demands more seriously. If there is a family wedding coming up, I am the one expected to take leave from work to attend it.

Go For Your Dreams

Finally, here are some tips to help the career woman of today achieve their dreams:

Always have an end goal in sight and many milestones on the way. This will help you feel good about each achievement and give you the confidence to go further.

When you set goals, view them in terms of long and short. Once you’ve set your long-term goal, think about what steps you need to achieve it.

These steps will be your short-term goals and make it easy to reach the final one. Once you reach it, set another goal. Experience life in a different way.

Learn to delegate. Even the most talented person cannot shoulder the burden alone. Behind every success is a good team!

Always listen to the people around you. Even a child can offer an insight that will change your lives.

Never ever stop learning. You may be 70, but there will always be something more you can learn, especially in an age where reskilling oneself has become so important to grow in your career.

Always be open to learning and don’t let your ego get in the way of learning from people who might be junior to you.

Keep your end goal in sight but don’t forget to love and cherish family and friends because while your work is important, it is they who will always be there for you.

The key to making it work is accepted. Accept that a work-life balance is going to be impossible. You have to prioritize what is really important to you and make it work.

Build a network of support, whether you’re single or married. If you feel compelled to work long hours, make the moments with your loved ones really special.

While your friends are busy raising a family and making a home, you can find just as much fulfilment in your high profile career. Don’t let stereotypes affect what you want.

For all you know, your married friends probably envy your lifestyle and freedom as a single career woman.