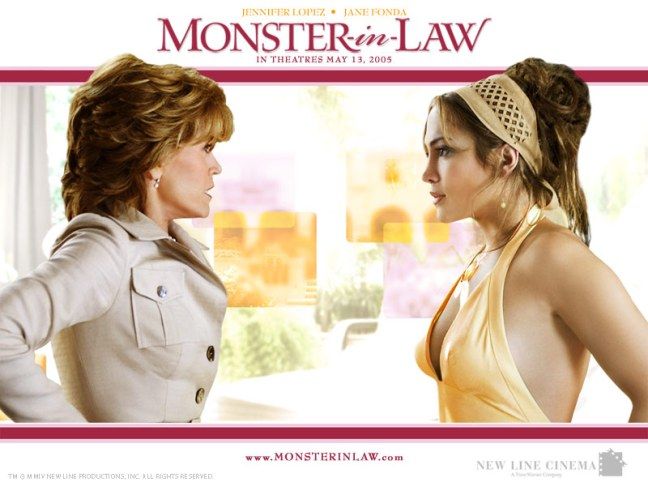 Indian mothers are renowned for the loving kindness. In fact, the mother figure is deified and worshipped as Ma Durga. So why does the same mother often act hostile to her daughter-in-law?

Psychologist, Chrisann Almeida, in an interview with Pallavi Bhattacharya, explores the aspects that may give rise to an unhealthy saas-bahu relationship.

There’s no fixed formula for an ideal saas-bahu relationship. But there are things that the daughter-in-law, father-in-law and husband can do to turn even a difficult mother-in-law into an amicable one. After all, mothers-in-law are not necessarily monsters-in-law.

It is often said that of all your in-laws the mother-in-law is the most difficult to win over/please. Why is this so?

In most cases, the mother is always the primary caretaker of a son since he was a child, so it’s the mother in the family who has the deepest emotional investment in her son. Hence it is the mother-in-law who is most likely to be mistrustful of her daughter-in-law as she is a new member she is entrusting the life of their son to.

What are the most common problems one faces with the mother-in-law?

Because of the level of emotional investment, a common problem is a sense of competition for attention and affection of the son. The other is power – control of decisions – since the mother once again was the main decision maker in the person’s life before a spouse was added to the equation, this along with a generational gap and different mindsets create tension.

Can you share instances of daughters-in-law suffering because of problems with the mother-in-law?

Its not just physical abuse that is the cause of suffering, the abuse is verbal and emotional too, comments about the spouse’s family of origin, past or physical appearance; whether subtle remarks or constant nagging, both can be psychologically damaging.

Most husbands do not want to disappoint/ anger their mothers so they don’t want to play mediator, or interpret problems, most prefer it gets sorted at their levels.

The reasons may vary, but mostly like their sons, fathers-in-law prefer may not like to interfere with the women. Only in extreme cases will he step in often when things get too bad, to give the final words as head of the family. On many occasions I’ve actually seen that fathers-in-law take the side of the daughter-in-law.

Double standards go along with the mind-set that, before marriage there’s one set of rules, and a different one after marriage. This also reflects a depressing trend that marriage is no fun, so after marriage the daughter-in-law has to stop all the activities she used to enjoy before including what she wears, often since she is now representing her husband and his family her attire is seen as a reflection of the family.

Just another unfortunate bias in society, which people fall prey to, living up to stereotypes rather than evaluating for themselves what is appropriate and what is not.

As for the relationship with grandkids, a lot of factors may come into play. One obvious fact or is the fact that the daughter’s kids are not around at her mother’s home, while the son’s kids are. So when they come to visit their maternal grandmother, they are often pampered more than their cousins.

Why are mothers-in-law often involved in dowry deaths and wife torture?

When a woman assumes the role of a stereotypical mother in law, she assumes all characteristics that go along with the role, including the negative aspects, getting caught up in the role, often believing that is how she has to be.

Do you think educated/ professionally qualified mothers-in-laws are less likely to hassle their daughters-in-law?

I’m not sure education is a factor, it could work both ways. Very educated mothers-in-law may see their successful daughters-in-law as rivals, but not confident mothers-in-law, who feel competent about themselves.

That’s a tough one. Openness, forgiveness, compassion and love, all in the family must have a common agenda – each other’s well-being. If that exists, matters can be sorted out. Living separately would be the best way to prevent interpersonal conflict, but that’s not always an option in the Indian scenario.

This is the case with some people, where they feel now it’s their turn to be the aggressor or take control. Often as in the latter half of your question, people who are assuming these roles for the first time, also assume the stereotypical characteristics that go along with the tag, so she may think that to be an ideal mother-in law, she has to act in a certain way. But the daughters-in-law may anticipate such treatment from her, and might even see normal interpersonal conflict as harassment on the part of their mother-in law.

Tips on getting along with your mother-in-law. Dos and don’ts.

Well be as adjusting as you can, but not so much that you end up being passive all the time. Assert yourself politely from the start. Do only what is in your capacity to do, once you beginning a trend make sure you’re able to follow through with it.

Respect the other’s space and boundaries. If your mother-in-law doesn’t like loud music, wear ear phones.

Remember she was in her son’s life first, so do not try to compete. Your relationships are not the same. Love is of different kinds. Realize that both of you have your spouse’s best interest in mind. Have open discussions in the presence of your spouse, so that all three are aware of what is said. Keep it polite.

Do you think daughters-in-law may also advertently or inadvertently be responsible for bad relations with the mother-in-law? Are many mother-in-law and daughter-in-law problems just because of misunderstandings?

Of course, when there are two people involved in any relationship both contribute to the problem. If the daughter-in-law falls prey to the stereotyped notion of a mother-in-law she starts off in the relationship viewing her as an adversary and not an ally. Yes misunderstandings and lack of communication are the major cause of problems, but this is true in any kind of relationship.

Mother’s-in-law who have had healthy relationships with their husbands will not have unhealthy emotion invested in their sons, which means that they have not had their emotional needs met through their sons. So when their sons are married, they don’t find a change or deficit in attention or affection, because he was never the original source of it.

Another factor is the self-esteem of the mother-in-law. If she has a healthy sense of “self” and is accomplished and confident, she will not find herself envious of the success or talents of her daughter in law. Under these circumstances a healthy relationship can be formed between the two.

I have an instance from a case I had handled, when describing her daughter-in-law to me during a therapy session she said she’s just like Komolika, who happens to be a villainous character from a popular daily soap.

How far is the generation gap between the mother-in-law and daughter-in-law responsible for the problems in between them?

I think that is one of the major contributors to the friction. Just like mother daughter tensions, mothers-in-law and daughters-in-law have their own set of tensions. When relating any two individuals bring their different personalities and mind-sets to the equation, add a rivalry for affection and you’ve got a recipe for unhealthy competition.