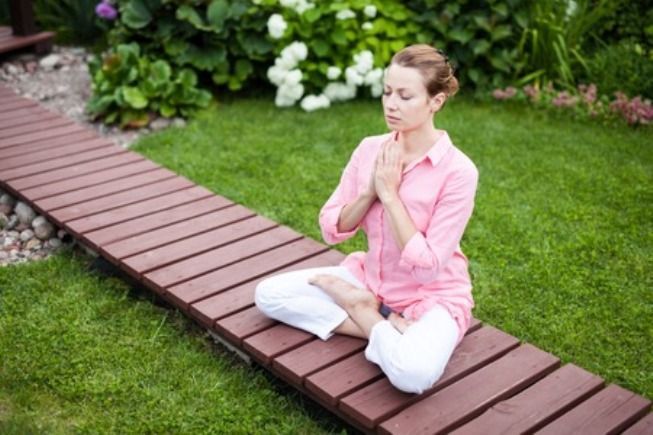 Imagine that a mind in unrest is like a stormy sea. The raging waves are like the thoughts which throw your mind out of gear.

These seemingly ensnaring thoughts are however just on the surface of the mind; just like the turbulent waves are just on the rim of the sea. After all beneath the choppy waves lies a boundless ocean of calm.

Similarly, below the turbulent mind, lies the greater mind, which is a repertoire of serenity. All you need to do to achieve inner peace is to find the anchor to the abode of tranquillity, which lies below the turmoiled mind.

Transcendental Meditation helps you to transcend disrupting thoughts, to quieter realms of thought, to reach the peacefulness and inner silence which is found within you.

In this article, Pallavi Bhattacharya delves into the origins and effects of Transcendental Meditation, especially with respect to its benefits for women.

In the 1970s, he founded a university to teach Transcendental Meditation, consequently helping it to gain global popularity.

Transcendental Meditation is to be practised for 20 minutes, twice a day. One needs to sit comfortably and close one’s eyes. The practitioner is to chant a mantra, which is given by one’s teacher.

It needs to be a non-word, so that it carries no meaning. The chanting needs to be non-verbal, while experiencing the thought of that sound, we start minimising that thought to experience the finer state of the thought, till the source is discovered and the conscious mind approaches the transcendental state of being.

This kind of meditation cannot be learned through reading printed or googled material on it. You need to learn it from a qualified teacher of Transcendental Meditation, who is permitted to teach the same.

Transcendental Meditation As A Stress Buster

Aditi Shrivastava, a certified teacher of Transcendental Meditation, elaborates, “The key to perfect health is keeping our body well rested and free of stresses. When we practice Transcendental Meditation, the mind and body experience a very deep level of rest, which is measured to be twice as deeper as the deepest point in sleep and we are able to get rid of not only fatigue or tiredness but also deep-rooted stresses, which even sleep is not able to remove.”

Dr. Akshay Mehta, a cardiologist who practises in Mumbai points out that cardiac journals have published the benefits of Transcendental Meditation on cardiac health.

He refers to a study published in a U.S. cardiovascular journal on a group of people which found that this meditation done for 20 minutes, twice a day, reduced death due to heart attack and brain stroke; as well as the need for hospitalisation.

He adds, “Transcendental Meditation helps the mind to slow down, choose and control thoughts and control negative emotions.”

It has been statistically documented that 40% of deaths in women is because of coronary heart disease. In fact more women are known to die of heart disease than men.

After menopause, the risk of heart disease increases in women. Transcendental Meditation is a medicine-free way of improving the cardiac health of women.

How Transcendental Meditation Is Beneficial To Women

Worldwide, women are stressed as they have to manage housework as well as household chores. This leads to less and disturbed sleep at night.

Stress is also the root cause of an array of psychosomatic diseases. Though they may not be able to overcome the stress triggers in their lives, they can modify their responses towards stress by practising Transcendental Meditation daily. It makes them better at multi-tasking.

Transcendental Meditation helps to improve a woman’s work experience in an office environment. Women are often unduly low on confidence after returning to work after having taken a break to take care of her small children.

Ascending the career ladder once again after this break may feel intimidating to women. This meditation will boost the confidence levels of women. It improves communication, leadership skills and job satisfaction.

Transcendental Meditation has been found to yield extremely positive results in the nursing profession. This job area with night shifts and constant emergencies to attend is an extremely stressful one, in which burnout is common.

That also leads to missing work and poor quality of patient care. After meditating, nurses have experienced a very deep sense of rest and calm. It has improved their stamina levels and energy.

This meditation technique has also proved to be extremely beneficial to inmates of women’s prisons. It acted as a process of holistic rehabilitation and freedom behind the bars.

It’s been medically established that we use only a limited part of the brain when stressed. A practitioner of Transcendental Meditation can apply more of the brain to everyday tasks effectively.

This technique boosts the creativity and intuitive prowess of the brain. It kindles the subtle mind which is clouded under stress which in turn hampers with our ability to make the correct decisions.

It reduces the biological age in women, and improves the quality of skin and hair. The ageing of the internal organs is also decelerated.