Marriage And Money Problems: When The Wife Earns More 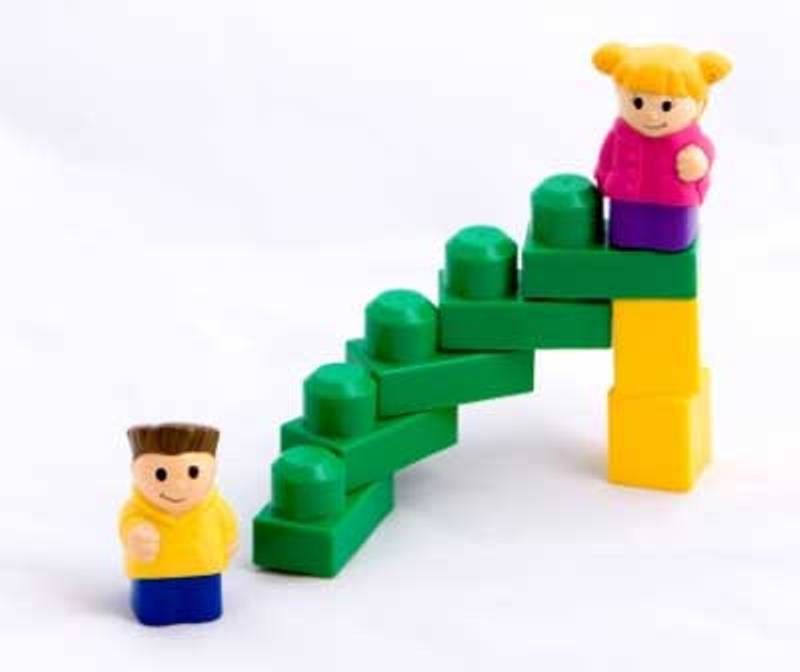 If the wife earns more, does it spell disaster for a marriage? Pallavi Bhattacharya profiles some Indian couples where the husbands are proud of their successful wives.

Although today Indian society is far more open to the idea of working women, some of whom may be earning more than their husbands, this scenario may still spell disaster for a marriage.

Satyajit Ray’s film Mahanagar is about a housewife Arati (Madhavi Mukherji) who at the encouragement of her husband Subrata (Anil Chatterjee) seeks a career of her own.

Her very first job interview is a success – she is hired as a salesgirl. Her in-laws are aggrieved by the fact that the daughter-in-law of the house is taking up a job. They feel it is a black mark on their family prestige, indicating that their son can’t financially support the family.

Arati’s sister-in-law Bani (Jaya Bachchan) shares Arati’s excitement of venturing into the world as a working woman. Arati impresses her boss with her good work within the first month.

When she takes home her salary, commission and gifts for all family members her husband, however, feels jealous, though he had once been very supportive of his wife working.

He wonders how his wife, who was too shy to even sign her name, is now so confident and comprehends business terminology. Also, as he rarely gets an appreciation for his work, it intimidates him that his wife is the favourite employee of her boss.

Before long, he asks Arati to leave her job saying that his family is unhappy with a working woman at home and their child is also being neglected in the process.

The day Arati is to submit her resignation letter, her husband loses his job as the bank where he works closes down. So Arati doesn’t quit her job, but in fact convinces her boss to give her a raise, considering the fact that she is now the sole breadwinner of her family.

Arati’s parents feel that their daughter is undergoing undue hardship in her marital home by being forced to take up a job and also rebukes his son-in-law for being jobless. His wife’s salary hike, especially at a time when he is unemployed, comes as a big blow to Subrata’s male ego.

On finding a lipstick hidden in his wife’s purse, he begins to suspect her fidelity, as in his traditional family women using makeup is a taboo.

He soon finds his suspicions baseless, when he overhears his wife in a conversation with an attractive male business client, praising her husband all the time, even to the extent of lying that her husband is a highly successful businessman and that she has taken up a job out of sheer curiosity to temporarily explore a working life.

This film beautifully explores the problems that can arise in an Indian household if the wife is more successful in her career or earning more than her husband.

The husband’s insecurity, the woman going out of her way to ensure that her husband is still superior in the eyes of society, and the in-laws intentionally or unintentionally creating complications.

Mahanagar was released in 1963. Although today Indian society is far more open to the idea of working women, some of whom may be earning more than their husbands, this scenario may still spell disaster for a marriage.

Why are husbands not comfortable with a wife who earns more?

A person’s psychological security is born out of his feeling of self-worth. He is as secure as his self-worth. This self-worth is an indicator of his self-esteem, and traditionally man has related his self-worth to the amount he earns for the upkeep of the family. So if the wife earns more, then it means that she is more worthy than him and the problems begin to surface. It might get further complicated in a joint family.

Prateek also looked after the children when he was at home and his wife was at work. This continued for six years until Prateek’s mother came to stay with them. Before long, his mother turned her son against his wife.

After Rupa came home from a stressful day at work, she was chided by her husband for not participating in the housework, making the mother-in-law slog instead.

Prateek even started suspecting her of having affairs with male doctors. He was upset that his wife felt the right to dictate to him as she was earning more.

Problems intensified and the couple almost went in for a divorce, when a psychologist was able to make Prateek understand that these weren’t his views but his mother’s.

After all, at one point in time, he was highly supportive of his wife’s career, and it was his mother who had put these biases in him.

When the husband is unemployed

The situation may be graver if the husband is unemployed, whereas the wife’s career is flourishing. Prasenjit says:

In a situation like this the husband goes through an inferiority complex, as he isn’t the breadwinner anymore. Initially, he may try to battle it out. He may try to prove that he is superior, even if he doesn’t have the money.

He may pass remarks at his wife when she arrives late from work. He may say things like ‘you’ve been in the kitchen for ages but haven’t prepared dinner as yet’.The domestic situation may get worse as the husband gets into depression and may even take to the bottle. So timely marital counselling is advised.

Don’t hide your talent to boost your husband’s ego

A woman should never hide or under-utilize her talents in an attempt to consciously try not to supersede her husband in the career sphere.

Nor should a wife make irrational compromises like leaving her job or underplaying her skills to bring peace in the family. Prasenjit advises:

A woman should never lose her self-respect and go on compromising. Compromises should never be done if not rational. There won’t be a stop to the demands for these compromises if she always relents.

Husbands who are proud of their successful wives

Not all husbands are insecure. There are couples who accept that the wife earning more than the husband is no big deal.

In fact, some of these husbands are very proud of their wives’ successful careers. Also, not all mothers-in-law are disapproving of their daughters-in-law earning more than their sons.

Just take the instance of Jairam and Vijaya Aiyer. Jairam is an IRDA Composite Agent and Mutual Fund Advisor. Vijaya is a Secretary to the Deputy CEO in a respected company. Jairam flaunts his wedding ring with the inscription ‘JV’. These are the initials of himself and his wife Vijaya. Jairam says:

The initials JV also represent ‘joint venture’. Our marriage is in fact a joint venture. We have joint accounts. Whatever we earn is ‘our money’ rather than ‘my money’. My wife earning more than me never made me feel insecure. Though I generally tend to spend less on myself, my wife who does all the shopping for me buys clothes for me as she feels bad if I don’t spend on myself. She is very supportive if I spend a lot on my business needs as she sees a lot of potential in it.

In fact, Jairam’s mother packs a delicious dabba for her daughter-in-law to take to work daily. And both have a good understanding and an excellent mother-in-law and daughter-in-law relationship.

Interestingly Vijaya comes from an extremely traditional family where the husband is considered the breadwinner. Vijaya says:

My husband encourages me to do courses to improve my career prospects but at the same time assures me that if at any time I don’t want to work he will work harder to earn more to support me.

I make it a point not to discuss my financial situation with my family, as they are still not comfortable with the scenario of the wife earning more than the husband.

Krishna Banerjee, a highly successful promoter in Kolkata whose cumulative life earnings are more than what her husband, Chandan, earned, says:

It is an Indian/ Asian trend to feel insecure if the wife is earning more. After all, it is a mindset in traditional Indian homes that a wife is the home keeper who cooks dinner for her husband, waits for him to come home from work and eats only after her husband has eaten.

However, this norm is gradually changing, with double income families coming up. Nowadays the wife may be coming home after the husband comes home from work.

We also see liberal husbands who are willing to cook and clean if the wife has to spend long hours at work. My husband is very supportive of my work. Also, he suffers from no jealousy for he is open-minded enough to understand that it is natural if the wife happens to earn more.

Krishna’s husband, Chandan, worked as a customs officer after a career as a successful soccer player as the captain of East Bengal. Krishna continues:

I would, however, advise all working wives never to talk about their earnings as ‘my money’. This is often done leading to misunderstandings in marriages. If the husband earns more, it is the norm to say it is the ‘family’s money’. So why shouldn’t their wives do the same?

The scenario has definitely changed with more and more women venturing out of their traditional roles.

Aspy is a domestic sales personnel. Why don’t Babita and Aspy have any problems with their earning ratios? Babita answers:

I live by the mantra that relationships are based on mutual love and respect. Money is just the means and not the ultimate goal. If one keeps this in mind, then I think that these issues pertaining to one spouse earning more than the other will not arise.

To prevent misunderstandings on spending habits there are some ground rules which need to be followed in any marriage irrespective of whether the husband or the wife earns more.

One should always have separate bank accounts There should be a tacit understanding that expenses and investments need to be shared in a proportional manner. Investments are necessary for joint as well as individual names.

My wife often discusses with me what she wants to do in life, she asks me for my opinion. I ensure that I limit my involvement to an opinion and in no way trying to persuade her to my point of view. The final decision is hers. It has worked the other way around too.

We both make our own decisions, post-hearing out the other one. That is why we own our decisions. Once we come to a decision we work on a plan together to execute it. We are like a team, she is the planning kind and I am the executing type. It is about never having to say, ‘I told you so’, once a call is taken.