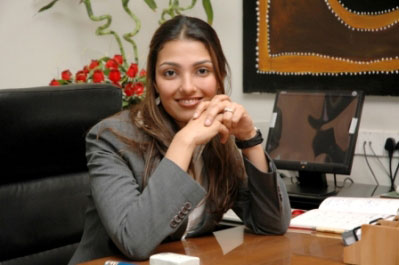 31-year old Ameera Shah is not a medical professional. However armed with qualifications like a degree in Finance from the University of Texas at Austin and participation in the prestigious Owner-President Programe at Harvard University, she is well-qualified to run Metropolis Healthcare Ltd., a multinational chain of state-of-the-art diagnostic centres.

As CEO & MD of Metropolis Healthcare Ltd., she has built the group up to 65 laboratories, both nationally and internationally, and increased the turnover from Rs 12 crore in 2003 to Rs 250 crore in 2011. We caught up with this inspiring Indian woman CEO to learn her secrets to success.

What inspired you to start out on your own? How has the experience been so far?

A decade back, when I forayed into the diagnostic industry, Metropolis Health Service was not a business of this scale at all. My father Dr Sushil Shah, who is an MD in Pathology, was a practicing pathologist for over two decades then.

At that time, I was working for Goldman Sachs in the US. I also did a few stints with start-up ventures to garner experience. While scaling success in the US, I felt deep stirrings to come back to my country and participate in its phenomenal growth story.

I realised that there are ample opportunities in India; in the healthcare segment, my father had created a platform in Mumbai by opening Metropolis Health Service. So, in 2001, I decided to return to Mumbai and help him build a stronger brand, spread across the country and beyond it.

Today, when I walk down the memory lane, I feel the experience of being a woman entrepreneur has been truly wonderful. Growing along with a fledgling company is a jubilant feeling.

All along my journey, I have learnt from my peers, colleagues, partners and staff. And the foundation of my leadership is my experiences and learning. Today, I am looking forward to augmenting the company across India and the continent.

What are some hurdles that you faced initially when you started out? Your advice to women entrepreneurs on overcoming them?

Initially, there were a few obstacles. In the Indian scenario, medical qualifications command instant respect. Thus, my non-medical background was the most crucial challenge. Though people around me felt that I would not comprehend the technical jargons that they used in their conversation, I was not deterred and never considered it to be a handicap.

I invested a lot of time on the floors, understanding how the tests were done accurately, comprehending the difference between good quality and bad quality labs and understanding various medical terminologies.

What worked in my favour was that as I spent substantial amount of time in my father’s lab as a teenager, subconsciously I was acquainted with many terminologies. The only suggestion I would give to women who are starting out is to be like the sponge which absorbs a lot. Do ask loads of questions, don’t take things for granted and understand why certain things are better.

Once you understand and see the logic and reasoning behind everything, you can feel the pulse of the business and know where you can add value. Without this basic understanding, value addition is a tad difficult. However, you must be careful that while you are learning and improving processes that you do not rub people the wrong way. A true leader always takes people along with them.

When do you know that it is no longer just an idea in your mind, and that you can really turn it into a lucrative business?

The first step is when some of your team members get as excited as you are about the colossal idea. Then, when you are able to bounce off the idea to a few potential customers, get them interested and convince them about the latent potential of the idea.

This way, it evolves from being a mere earth-shattering idea into a lucrative business. Of course, in between there are steps like viability study of the financials and doing little more detailed ground work, before you know that it is a viable business idea. 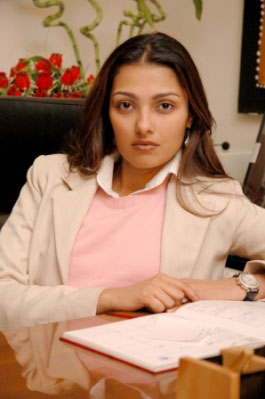 Before staring out, can you give us a checklist of all the things that you need to keep in mind? Apart from the great idea, what do you need to be armed with?

First, you need to have immense conviction in your idea or plan. There will be lot of people who will knock down the idea, especially if you are trying to do something different and which has not been done before.

Most people are not open to novel ideas, so the common reaction to new idea is that the idea or strategy will not work. So, you need to have loads of conviction about the potential of the idea.

Second is to have a researched plan as it is not enough to only have an idea. There will be 10,000 people having the same idea at the same time; the question is really how well and how quickly can you execute it.

Another significant point is to have adequate funding as many promising start-ups fizzle out due to cash crunch. They just don’t have the funds to sustain themselves long enough. When you are starting a business, you need to know in first couple of years that you are not going to make surplus cash or profit. Thus, you should have funding which will be able to sustain you for that period of time.

Do women entrepreneurs find it tougher to get funding for businesses? If yes, why do you think that is?

I don’t think women entrepreneurs find it more difficult to get funding, unless they are not able to demonstrate their commitment. At the end of the day, an investor is looking at a management team that they can trust. The management has to have a tenable business idea and they need to have experience and expertise to execute that idea.

So, from investor’s point of view, they need somebody who is committed to the idea and to the company. If they get a sense of the person not being committed, investors would be reluctant to invest. So answering your question, it’s not about the gender; it’s totally about the potential of the idea and the experience and commitment of the team steering it to be the deciding factor for investment and success later on.

Is it beneficial to have a mentor when you’re starting out on your own? What does the mentor bring to the table?

In many some cases, we may have biased thinking. We may get excited about something, but fail to notice the flaws. In other cases, we may be biased against a good idea. In such cases, the mentor can encourage, motivate and point out the problems.

Obviously, the mentor needs to be honest in his perspective and you must have the courage to hear the truth. For different people, mentors can be different. For some, it can be a father, for some it can be an older person from the industry.

Who was your first mentor? And did you have other mentors and business experts whose ideas you drew inspiration from?

Obviously, my first mentor and the most overpowering influence is my father. He continues to be both a professional and personal mentor, who has always taught me to take on calculated risk and pursue excellence. My other mentors were icons like Mahatma Gandhi and MF Husain, who have contributed immensely to society and have influenced me in varied ways.

I also admire Narayana Murthy for the way he influenced others to do business, while pursuing excellence and upholding high moral standards. In general, people who influence me include leaders who have the vision of creating something novel and having the courage to tread on a different path.

How did you recruit your first team? How difficult was it to get people on board during the initial stages?

It is difficult for a small start-up to attract good talent as people aspire to join bigger companies and get lucrative salaries. So, initially you may not obtain the best people, but I always believe that attitude is more important than skill-set.

It’s good enough if you get people who have the right attitude towards work, are motivated, enthusiastic and committed, willing to learn and do that extra bit, evolve and shows readiness for ownership of the process, even if they lack the functional knowledge of the industry. A person with good attitude does not necessarily cost a lot of money.

What are 3 key things that you have learned in your time as an entrepreneur?

First, there is no replacement for hard work. It’s the only way to success.

Second, if you want to command respect and to be treated with seriousness, then you have to take yourself seriously.

Third, work without the burden of ego, treating your colleagues with respect.

Have you been using social media marketing a lot? How has it helped?

We have not explored social media marketing much for promotion, however looking at the pace at which it’s catching up shall be open to using this promotional tool soon.

Can you share some tips for women entrepreneurs to maintain a balance between work and family life?

Across the globe, there are ample instances of women, who are successfully striking the balance between professional and personal lives. Some of these women are super achievers, too.

It’s not pragmatic that we women seek perfectionism in all the key roles that we play. We want to excel in everything task that we take on and in every relationship that we nurture. We want to be the best daughter, best mother, best wife and best daughter in-law.  We are always aspiring to be perfect at everything that we undertake and that’s simply not possible.

We need to humbly accept that if a woman has to have a professional life and she wants to excel in that, then her house may not serve the best food or it may not be squeaky clean or may not be that well-organised as that of any stay-at-home woman. To me the key to being less hassled lies in delegation. If a working woman delegates some work, she can still manage the work-life balance.

However, in an attempt to achieve balance between the work and family, many women forget about themselves and that’s sad.  It’s important that you take an hour every day for yourself as an individual, whether it is going for a walk, gym, reading a book, listening to music, whatever makes you  to give that ‘ME’ time and connect with yourself.

For me, it’s necessary to take out an hour and an half everyday for myself. During this ‘me’ time, I may watch TV, read a book or a magazine or sit outdoors to breath in fresh air or just enjoy the sun. These simple activities rejuvenate me and brings joy.

What is your larger vision for Metropolis Heath Service? Do you see it growing beyond diagnostics in the future or would you prefer to stick to your core competency?

Being a leader in the core competency is important as that’s what gives us business.  At the same time, I am definitely looking forward to expanding Metropolis in other health services and products in the coming future. We are also in the process of looking into other expansion areas, using the Metropolis Brand.

Satisfy Your Sweet Tooth With Sweet Indulgences And Chocolate Gifts